In announcing that the city is recommending Green For Life Environmental East Corporation for a $176.3-million deal to pick up garbage at 165,000 households between Yonge St. and the Humber River, Councillor Denzil Minnan-Wong beamed that it would be provide "significantly more savings than originally forecast."

But opponents of Mayor Rob Ford's plan to contract out garbage questioned whether the company's bargain bid -- GFL undercut the next lowest bidder by $3.5-million -- is too good to be true.

"Right now I can't believe that this bid is true and I haven't received either from the independent financial review or city staff enough reassurance that I should trust this number," said Councillor Gord Perks, who sits on the public works committee.

Mr. Perks said he fears the company's bid is too low to be sustainable and will require residents to either fork over more cash in coming years or have no waste collection services should operations fail.

"If they can't deliver on price, we are going to find ourselves two or three years from now with them holding a gun to our heads because we will have laid off our staff, sold our trucks and will be completely dependent on them," he said. "I have particular concerns with this contract because it is so far off the mark that the rest of the marketplace has set."

Councillors in Kawartha Lakes recently rejected a contract renewal with GFL, despite the company submitting the lowest bid. City staff argued that its bid was "misleading" and decided to give the contract to Miller Waste Systems, according to reports.

Mr. Minnan-Wong dismissed such talk as fear-mongering and said the contract includes a bond that is intended to protect the city against financial hardship if the contractor is unable to complete the work.

Garbage-worker union president Mark Ferguson said in a release it was "premature for Denzil Minnan-Wong to announce the so-called 'winning bidder today, a week before Council has had a chance to review all of the bids and perform the due diligence necessary before making such an important decision."

GFL will have to adhere to the city's fair wage policy, which requires they pay employees at least $18.97 an hour.

Mr. Ford campaigned on a garbage outsourcing pledge, with a promise to save up to $8-million and eliminate future strikes. With contract talks looming, his administration has fast-tracked the privatization agenda, although council earlier in the spring voted to add several conditions to the contract, such as requiring the winning firm to hire city workers whose positions were eliminated due to the outsourcing. Still, the Canadian Union of Public Employees Local 416, which represents garbage collectors, has been predicting a lockout for months now.

GFL, short for Green For Life, already has a stake in Toronto's waste management business, running two transfer stations – one on the Port Lands and another near Emery Village, off Weston Road. The company also operates waste handling facilities in Durham Region, as well as Manitoba, Alberta and B.C.

The company isn't a stranger to controversy.

In 2009, the Ontario Labour Relations Board presided over a case involving GFL subsidiary National Waste Services. After winning a contract to haul residential waste in Hamilton, the firm relied on a personnel agency to provide staff instead of hiring drivers and haulers directly. The practice came to light during a certification drive by the Canadian Auto Workers; the OLRB ruled in favour of the CAW.

GFL is backed by U.S. and Bay Street investors with deep pockets. Last year, shortly after Mr. Ford took office, the company secured a two-stage $105-million investment from an Atlanta private equity firm, Roark Capital Group. With US $1.5 billion under management, Roark has at least one other waste management holding in Florida, as well as stakes in a range of franchise chains such as Cinnabon and Pet Valu. More locally, GFL backers included Genuity Capital, a private equity firm run by Christopher Payne with $400 million in investments in 16 firms.

In an interview last winter with Waste & Recycling News, Mr. Dovigi said his firm has enjoyed 40 to 50 per cent annual growth and was scouting around for contracts. "We're sitting on a whole bunch of cash. We don't really have much leverage," he said. "So we're just sitting waiting for opportunities."

With files from John Lorinc

Editor's note: An earlier version of this online article incorrectly stated the annual value of the city's outsourced residential waste contract. The accurate cost for 2012 is $18.8 million, including contingencies and HST. This online version has been fixed. 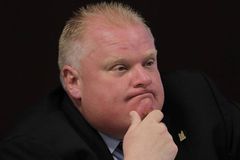 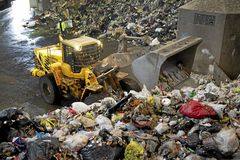 Why Toronto may not get privatized garbage pickup any time soon
January 21, 2011 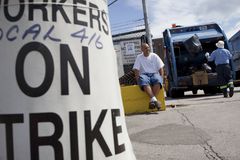 Follow Patrick White and Elizabeth Church on Twitter @Nut_Graf @lizchurchto
Report an error Editorial code of conduct
Due to technical reasons, we have temporarily removed commenting from our articles. We hope to have this fixed soon. Thank you for your patience. If you are looking to give feedback on our new site, please send it along to feedback@globeandmail.com. If you want to write a letter to the editor, please forward to letters@globeandmail.com.
Comments