A New York model and musical artist who came to Canada to study and had been telling friends she was pregnant has been charged with abduction after allegedly walking out of a Toronto studio with someone else's newborn.

For close to 10 hours Thursday afternoon, Frank Berti followed Michelle Marie Goupal in and out of the studio space at 175 Birmingham St. in the city's west end. The woman, clad in jeans, a dark blue bomber jacket and a wide-brimmed hat -- so low that "when she talked to me, she had to look up so she could get clearance over the hat."

She needed space -- and quickly -- for auditions she had scheduled.

Mr. Berti was doing electrical work for Videos a la Carte while its owners were out of town and the office was closed for the holidays. At first he refused the woman's request to use the space, which wasn't his to rent out, but "she kept asking so I said, 'Look I'll call the owner.'"

"She seemed like a girl in a bind," said Nathalie Malette, who owns the company and spoke with the woman on the phone from Ottawa. So she agreed - but only for 15 minutes, she said.

That 15 minutes stretched for the rest of the day and much of the night as the woman, who never gave Mr. Berti her name but told him she was casting for an Indian-style film, got him to help her organize the space, drive her to a library to use the Internet and make calls on his cellphone to confused people looking for an audition.

About a dozen people - all of Indian descent, Mr. Berti said - filed in and out of the space, almost all with newborn infants in tow.

Finally, closing in on 11 p.m., one man remained in the office with his baby. Mr. Berti was working in the back room, as he had been for much of the afternoon. The woman was conducting her interviews in a room that opened into both the front and back portion of the office space.

But the woman was gone.

Kris Fernandez, who went to the same New York school with Ms. Gopaul and worked with her through his film production company, recalls finding out a couple of months ago through friends and Facebook posts that she was pregnant. He doesn't know how far along, however.

"Really close friends of hers had been congratulating her and things like that. I think she had even posted a comment [on Facebook]regarding that. ... That was probably a few months ago."

After the woman's disappearance from the Birmingham Street office, a frantic series of phone calls ensued as Mr. Berti and the man met up with the baby's mother, who had been waiting in the car. They phoned police, who were able to trace the woman thanks to the phone calls she had been making from Mr. Berti's cellphone. Mr. Berti and the parents were taken to the 22 Division police station for questioning.

Mr. Berti said he overheard police talking about Craigslist ads in relation to the audition. As of Friday, there were several ads on Craigslist asking for a newborn Indian baby girl for a Hindi or Bollywood movie. Most provided the same e-mail address; e-mails to the address Friday were not returned. While earlier ads offered $7,500 compensation, more recent ads offered as much as $15,000.

But Mr. Berti said the baby's mother had found out about the audition through a friend of a friend, who had set up the appointment. After the baby disappeared, the parents called the man repeatedly to find out what was going on, but Mr. Berti said he appeared to be none the wiser.

Police apprehended the 24-year-old woman close to 3 a.m. Friday morning. Toronto Police Constable Tony Vella said a man who knows Ms. Gopaul saw her with a baby he knew wasn't hers and contacted police. Constable Vella wouldn't identify the man who returned the baby to authorities.

Ms. Gopaul has been charged with abduction of a person under 14 years old. She appears in court at Toronto's Old City Hall Saturday.

Mr. Fernandez says he met her Ms. Gopaul when she discovered his film work on YouTube. They corresponded online at first and she did some acting work for one of his short films. He was supposed to follow her on tour in 2008, he says, but those plans fell through.

They last spoke several months ago. He said Ms. Gopaul, who divided her time between Toronto and New York, said she planned to come to Canada to study but he didn't know what subjects or at what school.

Mr. Fernandez said Ms. Gopaul kept busy between modelling - largely glamour shots, he said, "swimsuits and things like that" - and music, which he felt was her real passion.

"She did pretty well. I know she had a pretty big fan base," he said. "She was recording at professional studios and everything."

With a report from Celia Donnelly 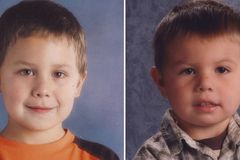