The manipulative nature of a woman who ultimately starved her grandson to death only becomes clear with hindsight, and the workers who placed the boy and his siblings in her care shouldn't be judged through that lens, lawyers suggested Wednesday.

Elva Bottineau kept Jeffrey Baldwin and one of his young siblings locked for long stretches of time in a cold, fetid room and chronically starved them, the coroner's inquest into Jeffrey's death has heard.

Jeffrey was a healthy baby when the Catholic Children's Aid Society in Toronto placed him and a sister in the care of their grandparents, who by then were already looking after Jeffrey's eldest sister.

But by the time he died at age five Jeffrey was so severely neglected and drastically wasted away that he weighed about the same as on his first birthday. He couldn't lift his own head, the inquest heard.

It was only after Jeffrey's death that the CCAS discovered in its own files that both Bottineau and her husband, Norman Kidman, had previous convictions for child abuse.

No shortage of condemnation was hurled at Bottineau during the inquest's closing submissions. She was referred to as a "manipulating, soulless human being," devious and cunning.

Bottineau and Kidman are both serving life sentences for second-degree murder.

But to the workers who dealt with Bottineau as they put Jeffrey and his siblings in her care she appeared ever the caring grandma, lawyers for children's aid societies and workers suggested.

"It was suggested it would have been obvious to ordinary people who exactly Ms. Bottineau was, but I suggest to you that's hindsight," lawyer Jordan Goldblatt told the jury.

At various times lawyers, health-care workers, neighbours, teachers, police officers and judges all came across Bottineau, and none contradicted the impression in the society's files that she was the family's pillar of strength, said Goldblatt, who represents the CCAS workers' union.

"Ms. Bottineau was quite adept at fooling people and did so over a number of years," he said in his closing submission.

The groups with standing at the inquest suggested dozens of recommendations the jury can make with an eye to preventing similar tragedies in the future.

No single decision led to Jeffrey's death, CCAS lawyer Brian Gover said, rather it was a "near-total systemic failure."

"It's a matter of everything that could go wrong going wrong," he said. "It involved years of missed opportunities across several sectors."

But, Gover called Jeffrey's case "a true outlier" and warned the jury against recommending policies based on an exception.

"Jeffrey Baldwin was murdered by his two grandparents, who actively manipulated not only child welfare workers, but teachers, doctors, neighbours and police — two grandparents who misled the court system, who refused to obtain medical attention for a very sick boy and went to great efforts to conceal him so others could not help him," Gover said.

Many changes have already been made in the child welfare system since Jeffrey died in 2002, but all parties agree there is more to be done.

Standards for kinship care were overhauled in the wake of Jeffrey's death and "there's no way" in today's regime that Bottineau and Kidman's histories would have gone unnoticed, Gover said.

Among dozens of joint recommendations suggested to the jury by all parties are calls for the Ontario government to remove legislative barriers to information and records sharing between children's aid societies.

The parties want the jury to urge the government to implement a long-promised system that would allow children's aid societies to access each other's child protection records.

The coroner's inquest is not looking to assign blame, but rather explore systemic issues surrounding Jeffrey's death. The jury can make recommendations aimed at preventing such situations in the future.

Other recommendations suggested to the jury include using Jeffrey's story as a case study for training children's aid workers, creating a public awareness campaign about the duty to report suspected child abuse and that the government provide contingency funding to children's aid societies.

Some of the groups have also suggested children's aid workers be required to ask family members for identification. In various CCAS files Bottineau's first and last names were spelled using many variations, from Alva to Eve and Buttineau to Battineau. Kidman was listed in child abuse registry documents as Norman Fridman. 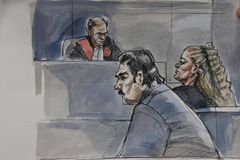 Killer grandmother gets standing at inquest into death of grandson
November 13, 2013 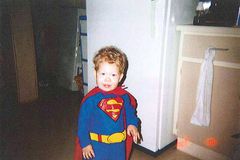 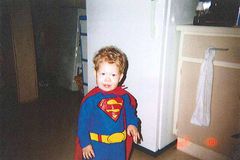 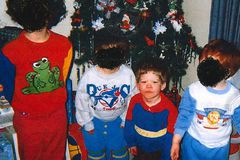