Follow the trial of James Holmes – charged with killing 12 people at a Batman screening in Colorado – and inevitable questions come up. What makes a seemingly 'normal' young man turn violent? Was he ill? Or born bad?

And does knowing what makes killers kill do anything to prevent murder? Globe columnist Margaret Wente leads a discussion with U.S. author and criminologist James Fox and Canadian lawyer and journalist Paula Todd, who has just published a book about Karla Homolka, about making sense of senseless tragedy.

MW: Even talking about killers is controversial right now. Should we pay attention to people like James Holmes? Or are we pushing them into the spotlight, making them famous?

JF: It's okay to shed light on crime, but not to spotlight criminals. It makes them larger than life, and humanizes a people who have committed tremendously inhumane acts.

MW: What about you, Paula? When your book Finding Karla, about Karla Homolka, came out, many people wondered why you didn't just let her rot in obscurity?

PT: I saw fairly knowledgeable reports that she was teaching children in another country and I was concerned about them. I know when she disappeared in 2007 some Canadians gave a sigh of relief – she's gone and that's good. But it felt odd to me. And in some ways she hasn't left here, either. When it comes to sentencing, criminal courts will say, "Well, don't let her get away with it. Don't let it be Karla Homolka." We've made her into this mythic figure – a cunning, genius psychopath, or malignant narcissist, who will kill again.

MW: What about the argument that we need to talk about killers, and the details of their lives, to understand the root causes of evil?

JF: I hear stories about killers' favourite ice cream. Often we hear excessive details that have absolutely nothing to do with motivation, with identifying evil. Then we do biographies about killers and put them on A&E or the History channel. Or we make a movie, like Monster, with Charlize Theron as a serial killer. It blurs the distinction between a murderer and a celebrity.

And I think we're fooling ourselves that we can actually create an instruction manual for identifying future killers. There are tens of thousands of Americans and Canadians who fit the profile of someone like the shooter in Colorado. We can see them, they're depressed, they're angry, they're always complaining that someone else is taking credit for their achievements, that the government is corrupt and they're isolated. It doesn't mean they'll go on a rampage.

MW: And yet Dave Cullen, who wrote a bestselling book on the Columbine school murders, has argued that, in the case of Dylan Klebold – who was cleary depressed and morose – better mental health services could have forestalled his crime.

JF: The ones that are truly dangerous, who will go after other people, aren't likely to take up offers of help. They'll say, "I'm not a problem, you're the problem."

PT: But Mr. Holmes apparently mailed a local psychiatrist a notebook – complete with stick figures and diagrams – about how he was going to carry out his mass murder. Does that not sound like somebody who wanted help? And yet he went on to kill.

JF: There are people who send out warning signs, for sure. But even those people may never commit murder. There's nothing we've learned that helps us recognize which troubled people will go on a rampage. Hindsight is 20/20: We look back at all these warning signs and say, "Gee, yeah, obviously these things were missed." But no one, even a psychiatrist, can really anticipate events like this.

MW: So what about gun control? It's an article of faith in Canada that the availability of weapons in the United States is the reason for many of these mass killings.

PT: We saw the evidence at this recent movie massacre. The assault weapon wan't a hunting gun, it was a semi-automatic. When it jammed it was clear that he couldn't kill as many people as quickly.

JF: I'm very much in favour of gun control, and if the legacy of a mass shooting like this is to see tighter gun restrictions I think it's a good thing. It's not necessarily going to prevent a mass murder. The thing about mass murderers – they are very deliberate and determined. They will find a way to kill no matter what legal impediments are put in their way.

MW: We use the word "monster" a lot when we talk about murders. I think of Ms. Homolka as a monster. I've kind of dehumanized her in that respect. But do notions of monstrosity, or inherent evil, words with a moral or religious overtone, still make sense?

PT: That's something that bothers me. There are certainly evil acts. But are some humans deeply, psychologically evil? I think many of these people are mentally ill.

MW: I object to that. That seems to scrub out real notions of agency and responsibility.

PT: I think that labelling people "evil" diminishes the sense of personal responsibility. When we say that evil works this unknowable, some even think supernatural, force inside people that we can never understand, it also makes it seem like we can never cope with it, we can never defend ourselves against it. I think that's giving up and it's really dangerous thinking.

During my work on Ms. Homolka, I spent an hour in her home with her and one of the first questions I was asked was, "What was it like to be with the devil?" But evil doesn't look or sound like the devil. It looks like a normal individual. When we pretend these people aren't human we preclude stopping, or at least diminishing, what they are capable of.

MW: Would it really be wrong to say that the Norway killer is evil? A person who shot up these children at a summer camp and who seems not to be terribly insane? He seems to have completely believed in what he was doing and planned it carefully.

MW: Yes, 9/11 is a classic example of that, and we saw that as a supreme example of evil. Were we wrong?

PT: It's not wrong to call horrific acts evil and the people who carry them out evil. But it's a problem if we just say, "Oh, they're evil and they're different" and we don't look deeper.

MW: My concern about expunging the words "evil" and "monstrous" from our vocabulary is that we reduce these crimes to some kind of personality disorder.

PT: But the truth is, it is a personality disorder.

PT: I don't think it's that simple.

MW: Did Osama Bin Laden have a character disorder because he unleashed mass murder on New York?

JF: No, that was political.

MW: Let me ask you about the broader fragility of human nature then: Do we all have a seed of evil in us? Could we all become, under the right or wrong set of circumstances, a killer like Ms. Homolka or the Colorado shooter?

JF: I don't think so. Some people will kill because it's a last resort or they'll kill because they need to protect their child, but not everyone has the capacity for enjoying murder, to kill in a cool, sadistic way.

PT: I would agree with that, I do believe in a human who is mentally healthy. I don't think there's that feel of intense violence in us. My caveat would be if you fell prey to a mental illness that puts you beyond the capacity to evaluate harm, to resist a trigger.

JF: Most psychopaths don't kill anybody. There are psychopathic liars and cheaters and womanizers and they manipulate people…

MW: So James, do you believe that somebody is born with a psychopathic personality – or that early events in a child's life can actually spark the disorder?

JF: I think both. You take two babies and within two days you can see differences in temperament. But a lot has to do with upbringing. The script is not determined. Take someone like serial killer (and cannibal) Jeffrey Dahmer. Had he been 6"10 and able to bounce a basketball, perhaps he would have gone to practice every day instead of collecting road kill. Maybe he would have been very popular and his whole life would have been different.

MW: I would suggest that, at the end of the day, maybe there are certain horrible acts that are simply beyond understanding.

PT: I don't agree with that at all. Our understanding of the human mind has grown in leaps. Compare what we thought hundreds of years of ago – that the shape of your skull determines your personality.

JF: Predicting horrible acts, that's the problem. People have looked at brains of mass murderers and serial killers; there's nothing that distinguishes them from loads and loads of other people who will never, ever kill.

MW: I am going to make one prediction of which I'm absolutely certain: this debate will renew itself as soon as the next mass shooting breaks out in a public place.

James Fox is a professor of criminology at Northeastern University in Boston.

Paula Todd is a lawyer and journalist, and the author, most recently of Finding Karla: How I Tracked Down an Elusive Serial Child Killer and Discovered a Mother of Three.

Margaret Wente is a columnist with The Globe and Mail.

‘Everyone will criticize and blame the parents’: Monique Lepiné
July 28, 2012 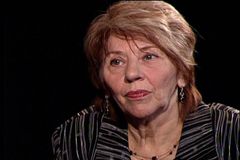 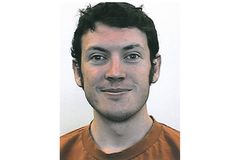 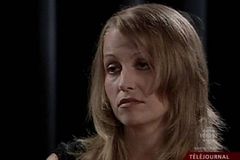 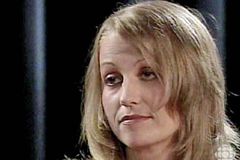