Under attack: the most dangerous places in the world for hospitals and medical staff

A MSF employee walks inside the charred remains of the organization’s hospital after it was hit by a U.S. airstrike in Kunduz, Afghanistan in October, 2015.

The World Health Organization says nearly 1,000 people were killed during attacks on medical facilities and staff over a two-year period. Here is a look at the countries where working in a hospital – or going to the hospital – can cost your life

A troubling picture of hospital and health-care workers under attack in countries around the world is emerging – and what makes it all the more disturbing is that a majority of the attack were intentional, carried out by governments and targeted medical facilities.

That is the finding of a World Health Organization report released Thursday that compiled open source data to piece together the extent to which medical facilities, doctors and nurses have come under attack in 19 countries over a two-year period beginning in 2014.

The effects of those attacks were deadly.

People stand amid wreckage of a vehicle at the site of a car bomb attack near a military hospital in Sanaa, Yemen, in January, 2015.

The attacks included shootings, hijackings, robberies, arson, explosions and bombings. But they also involved instances of obstruction and harassment of medical staff.

"When you think of the courage of these healthcare workers and having so many challenges during an emergency situation – the pressure, the lack of supplies, the lack of resources, the exhaustion – and then top of that, to be attacked. It's really devastating," said the report's lead author, Erin Kenney.

The destruction of a Médecins sans frontières (Doctors Without Borders) hospital in Afghanistan, hit by a U.S. air strike last year, is just one high-profile example – a bombing that U.S. authorities said was a mistake. Seventy-five MSF-managed or supported hospitals were bombed in 2015.

"From Yemen to Syria, from Central African Republic to Niger, health facilities are looted, burnt and bombed. Patients are slaughtered in their beds. Health care workers are abducted, assaulted or killed," said Dr. Joanne Liu, MSF International's president who is a Canadian.

Nowhere is the cost of working in healthcare – or seeking emergency medical help – as deadly as in Syria. The country is in its sixth year of conflict. It had four times as many healthcare attacks than any other country over the two-year period.

Ten countries with the highest number of attacks over two years

Dr. Anas Al-Kassem, a Syrian-born Canadian physician who heads the non-profit group, the Union of Medical Care and Relief Organizations, known by its French acronym, UOSSM, said Syrian doctors are terrified to go to work and they exhibit signs of post-traumatic stress disorder. "There has been no improvement in the protection and safety of medical workers in Syria leading to a mass exodus of qualified doctors and nurses," he said. 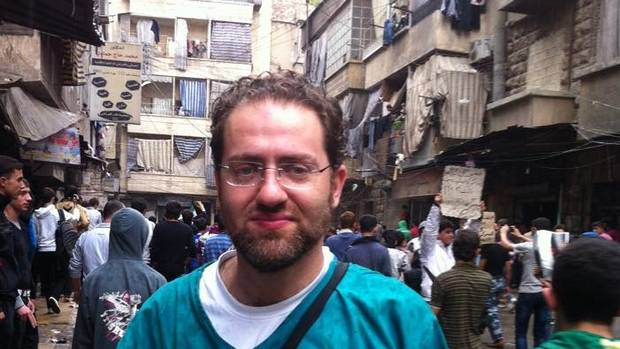 Dr. Al-Kassem is worried the international community is leaving behind the majority of Syrians affected by five years of brutal conflict