Ten years ago, their unprecedented wedding stood for hope, equality and inclusion.

A decade later, Michael Leshner and Michael Stark — Canada's first legally married same-sex couple — believe the battle to have their union recognized by the courts has made it easier for today's lesbian, gay, bisexual and transgender Canadians to feel accepted.

"We were, I think, the last major group that in the public imagination was very discriminated against," said Leshner.

"Once you have marriage you have full equality. That was won that day."

While Ontario was the first to legally recognize same-sex marriage, many other provinces followed soon after. Two years later, the federal government legalized same-sex marriage countrywide with the gender-neutral Civil Marriage Act.

"The marriage case drove the stake through the heart of legalized homophobia," said Leshner, who at 65, is the older of the couple that's been together for a total of 32 years.

"There's so much to be thankful for but still so much to be very worried about ... we have to be very mindful that in parts of the world gays and lesbians are being seriously physical harmed or worse."

The significance of gaining equality in the eyes of Canadian law hasn't been forgotten by those who fought for their right to wed.

Robin Roberts — who was among eight couples in British Columbia to win the right to marry a month after the Ontario ruling — was reminded of the importance of her legal battle during a recent conversation with a young stranger.

"He had not known that there was a time in Canada when same-sex marriage was not legal," said the 65-year-old Victoria resident.

"I think it's really significant because it just levels the playing field — if you want to get married you have that option."

Having that choice legally available to same-sex couples did much to help estranged families, added Roberts, explaining that her wife rebuilt relationships with her siblings once their union was recognized by the courts.

"Her two only brothers had not spoken to us for 20 years. The day after it became legal, her younger brother phoned and said congratulationsathen he proceeded to ask her all the questions he should have asked 20 years earlier," Roberts explained.

"This is why we did it — to help families accept each other. It seemed astounding to us that legal marriage could make a difference."

For Jane Eaton Hamilton, also a litigant in the B.C. case, the legalization of same-sex marriage laid the foundation for social acceptance of LGBT youth.

"The anti-bullying movement has been in direct result from the same-sex marriage push and the increased visibility of queers," said the 58-year-old, who remains a strong supporter of same-sex marriage despite her own divorce two-and-a-half years ago.

"Canadians generally are far more accepting of the LGBT community."

Despite the positives, however, there are some who think the entrenching of same-sex marriage in Canadian society has resulted in a "dumbing down" of LGBT culture and of the other kinds of relationships that can be had, said Hamilton.

"Some people feel that the only good queer is a married queer and there's a hierarchy in our relationships with that being the pinnacle," she said.

"We need a lot of work on queer acceptance, safety in schools, anti-bullying, protection against hate crimes...the same sorts of issues that we've always had to work on."

While there's no doubt there's still room for improvement when it comes to same-sex issues and acceptance, there are many who see Canada as an international leader in the field.

"You only have to look at how much longer it's taking other major democracies to take the same steps to realize how on the cutting edge Canada has been on this issue," said Kathleen Lahey, a law professor at Queen's University.

"The courts have helped make it clear that these are matters of fundamental human rights and I think it has helped improve the level of social acceptance in Canada." 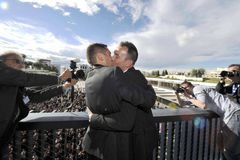 How a same-sex couple make a division of labour work
June 1, 2013 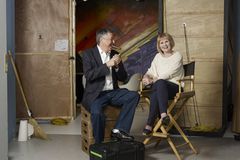