Gleb Pavlovsky used to be proud of what he created. Long considered the Karl Rove of the Kremlin, he saw himself as helping deliver Russia from its chaotic 1990s to what he called "managed democracy" – a political system designed to avoid political upheaval and restrict the choices Russian voters could make.

Mr. Pavlovsky and a clutch of other top political consultants created a cult of personality around Vladimir Putin – who 12 years ago seemed to embody the stability Russians were craving after the tumult of the Boris Yeltsin era – and then helped the Kremlin take control of the media and sideline the political opposition. It was initially known as the Putin Project. It's a system he is now fighting to bring down.

"It's like those who work on designing a weapon," Mr. Pavlovsky says of his role creating a system he now opposes. "These weapons can end up in the wrong hands or be used the wrong way. Are you responsible because you made the weapon?"

To Mr. Pavlovsky and others working on the Putin Project in 1999 and 2000, their moves to curb Russia's newly gained freedoms were justifiable at the time. Managed democracy wasn't supposed to be a permanent state of affairs. Mr. Putin wasn't supposed to cling to power into a second decade.

"The system was supposed to be temporary. … But the further it went, the more human passion came into play. I should have read more Plato," Mr. Pavlovsky says with a bitter laugh after taking part in an anti-Putin rally Saturday in central Moscow. "Putin was a reasonable man in the beginning. I thought he was smart enough not to make the mistakes he's making now."

Mr. Pavlovsky says Mr. Putin eventually stopped listening to him, depending more on advice from an inner circle of allies. After 12 years in power, those elites are now billionaires, with much to lose – and fear – if Mr. Putin were to be replaced as the country's ultimate authority. Mr. Pavlovsky believes that these men, many of whom share Mr. Putin's background in the security services, convinced Mr. Putin he needed to return to the Kremlin after a four-year term in the theoretically subordinate post of prime minister.

Throughout Mr. Putin's first eight years in the Kremlin, Mr. Pavlovsky was seen as the mastermind of a scorched-earth strategy that left the fledgling politician with no serious rivals. The media was pried out of the hands of the powerful oligarchs who had wielded so much influence under Mr. Yeltsin and, like other key companies and industries, effectively re-nationalized. Those who opposed Mr. Putin were marginalized, forced into exile or – as in the case of tycoon Mikhail Khodorkovsky, who ignored Mr. Putin's warnings to stay out of politics – jailed.

Something resembling law and order was restored and the country rebounded economically during Mr. Putin's early years in office. Most Russians applauded, rewarding Mr. Putin with 70-per-cent approval ratings.

Things started to unravel in 2008, Mr. Pavlovsky says, when Mr. Putin was required to step down after serving the maximum two consecutive terms as president. Mr. Putin installed his long-time aide Dmitry Medvedev in the Kremlin, who returned the favour by appointing his former boss as prime minister. But Mr. Putin never accepted that he was now only the second-most-powerful man in the country.

Mr. Pavlovsky, who always worked as a consultant to the presidential administration, rather than for Mr. Putin personally, remained in the Kremlin as an adviser to Mr. Medvedev. He told the new president that it was time to start loosening the Kremlin's grip on politics, something the more liberal-minded Mr. Medvedev seemed interested in.

But Mr. Pavlovsky apparently crossed a line when he published an essay in 2008 calling for the Kremlin to allow a wider variety of voices on television. (He calls the TV news "a drama with only one character.") He received the first in a series of personal reprimands from Mr. Putin, who made it clear he was not interested in seeing Russia enter another period of political glasnost. Dismissed last year after he publicly said that it would be better for the country if Mr. Medvedev were to serve another term as president, he believes Mr. Medvedev wanted to run for re-election but was coerced into standing aside.

Mr. Putin, who won an eyebrow-raising 63 per cent of the March 4 vote, says his return to the Kremlin was planned years ago. He has promised to appoint Mr. Medvedev his prime minister after his inauguration in May.

Mr. Pavlovsky, who advised tycoon Mikhail Prokhorov during the presidential campaign (he finished a distant third), was later than many in realizing that the Putin Project had gone awry. Marat Gellman, another top spin doctor who served as deputy head of the main national television station during Mr. Putin's initial run for office in 2000, walked away after Mr. Putin was re-elected in 2004.

Tasked in the early days of the Putin Project with creating the president-to-be's public persona of a tough and sober-minded man of the people, Mr. Gellman said he realized in 2004 that the Kremlin elites didn't just want to win the election, they wanted guarantees that no one else could. Mr. Khodorkovsky was jailed in the run-up to the campaign and remains in a Siberian prison. Even perennial candidates such as Communist leader Gennady Zyuganov and ultranationalist Vladimir Zhirinovsky were pressured into standing aside lest they draw voters away from Mr. Putin.

"This so-called 'sovereign democracy' lost all sense of shame," Mr. Gellman said, using another term for the system he and Mr. Pavlovsky helped design. "What happened was against my views – not only mine, but others' as well. We thought society could develop differently."

Mr. Gellman marvels that Mr. Putin ended up as Russia's most powerful man, given the seemingly random way he was selected to succeed Mr. Yeltsin in 1999. "It absolutely could have been someone else. There were maybe five candidates," Mr. Gellman sighs. Ironically Mr. Putin's biggest booster was oligarch Boris Berezovsky, now in exile and one of Mr. Putin's loudest critics. Like Mr. Pavlovsky, Mr. Gellman is now actively advising the opposition to Mr. Putin, even going so far as to publish a Russian translation of Gene Sharp's book From Dictatorship to Democracy, which inspired revolutionaries in Serbia, Ukraine, Egypt and elsewhere.

While neither man expects anything as dramatic as a revolution in the short term (Saturday's demonstration in Moscow, which drew a disappointing 15,000 people, was seen as a sign the street protests are petering out), both believe the system they helped construct is now collapsing from within.

"Nobody believes it will last six more years [the length of Mr. Putin's coming term in office] We are expecting some crisis. Sooner or later, there will either be a coup, or new elections," said Mr. Pavlovsky, who was a dissident in the Soviet era before he became one of the most powerful men in Russia. "Putin is no longer the person who can decide alone what happens next." 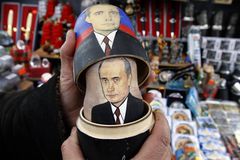 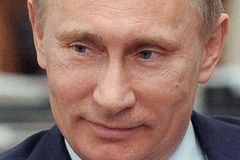 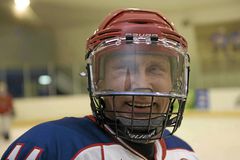 In pictures: Hitting the ice with Vladimir Putin
Gallery
March 2, 2012 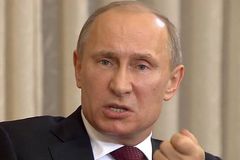