Zebu Jilani was born a princess in the Swat Valley in the days when her grandfather ruled the mountainous region. She remembers his noblesse oblige, the way he spent long days holding court, settling disputes and crusading for better health and literacy in the valley.

More than 40 years after the hereditary ruler of Swat stepped down and his domain became part of Pakistan, Ms. Jilani still feels that sense of obligation. The royal family no longer has official power, but she exudes authority as she whisks through military checkpoints to reach one of her stone-walled residences. The building sat empty for years, until Ms. Jilani invited an aid group to help her convert the old structure into a health centre.

The clinic opened this summer, supplementing the services available at a local hospital still struggling with the aftermath of Taliban occupation - and now overwhelmed by victims of the floods that have ripped through the valley in recent weeks, killing hundreds of people.

"Life was so good here when we were children," Ms. Jilani said. "Now it needs help."

Volunteers working with Ms. Jilani said some in the valley wept with happiness when they heard the princess had returned. She had been living in the United States - her brother Mian Gul Akbar Zeb serves as Pakistan's high commissioner to Canada - but she started spending more time in Pakistan in the spring of 2009 as millions of people fled the fighting in the Swat Valley. Working with her sister, she set up two mobile health teams to treat displaced people and travelled into the war zone itself. A soldier mistakenly fired at her car, forcing her to scramble for cover, but what shocked her the most was the condition of her home town.

"Saidu was like a ghost town," she said. "There was so much destruction along the road, and our house was littered with bullet holes and shell casings."

As the army solidified its control of the valley, Ms. Jilani worked to bring it back to life. She joined forces with the Human Development Foundation, a charity that gets most of its donations from the Pakistani community in the United States, and started a tour of the villages to learn how best to help.

She found the people traumatized, physically and emotionally.

"I've been through 40 villages, talked to thousands of people, and only six of them told me they're feeling okay," she said.

Her program has started small, working in eight villages to offer midwife training, nutrition counselling, inoculations, and other preventive and basic health care. She decided to focus on women's issues, partly because of a disheartening visit she made to the local maternity ward, slipping anonymously into the hospital to chat with female patients. They complained about corruption in the hospital, about medical staff stealing their medicine and treating them unkindly.

"I didn't sleep for three nights after that visit," Ms. Jilani said.

"It was terrible. No equipment, no medicine, not even soap for washing. Feces and urine flowing out of the bathroom into the women's ward."

Medical problems have grown worse in the aftermath of Pakistan's catastrophic floods. The Swat Valley was among the worst-affected areas, as torrents wiped dozens of villages off the map and thousands of survivors struggle without electricity, gas, fresh water, phone service or means of escape. Ms. Jilani's group has been handing out food rations and holding two or three seminars a day to teach locals how to avoid spreading diseases such as cholera, which has already broken out.

"My fear is that a lot of people will die of waterborne diseases," she said.

It was not always like this in the Swat Valley. For most of the last century, these lush vales in the frontier lands near the Afghan border made a relatively peaceful transition from isolation to modernity. One of Ms. Jilani's ancestors had been such an exotic creature to the British colonists that he became the subject of a nonsense poem by Edward Lear, immortalized in the line, "Who, or why, or which, or what, is the Akond of Swat?"

The outside world was equally exotic to the locals. When her great-grandfather brought the first car to the valley, Ms. Jilani said, villagers tried to feed it hay.

Her grandfather, Miagul Abdul Haq Jehanzeb, the last reigning Wali of Swat, drove a Cadillac, wore a jacket and tie, and tried to introduce new ideas. He resisted the cruel tradition of child marriage, sending his police to rescue young brides forced into matrimony.

"The people in the Swat Valley were never conservative, anyway," she said. "We used to swim in the rivers, have picnics, climb mountains."

She continued visiting Swat after her grandfather gave up his princely state in 1969, and started to notice a cultural shift in the 1990s as the Taliban consolidated their rule in nearby Afghanistan. She took her children to swim, and a suspension bridge filled up with boys staring at the women in the river. She admonished them to move along, but they scolded her back, saying ladies should stay in their houses.

Those extreme views spread slowly during the next 15 years, she said, and culminated in last year's battles between Taliban fighters and the army.

Such a crisis would never have happened under her grandfather's reign, she said, partly because he maintained strong intelligence networks in the valley, but also because his administration was not corrupt.

"We've created a culture of selfishness, and the Taliban are exploiting that," she said. "They promise a return to integrity, and of course they don't, but that's how they get popular."

The young field director for the clinic, Najeeb Ahmad, nodded in agreement.

"The Internet has changed people's minds," he said. "Young boys now are only interested in girls and money. In general it's a good thing, but it shouldn't have come in such a hurry." 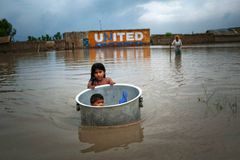