Mexico has an image problem.

The country does its best to promote itself as a magical place for vacationers to revel in sun-drenched beaches, archeological marvels, cultural delights and mouth-watering cuisine.

But lately, when many Canadians hear Mexico they think drug wars and the resulting bodies of police, judges and bystanders piled up in the streets. They think of the 2009 H1N1 swine flu epidemic, which prompted international travel bans.

And they think of the strange and disturbing incidents involving attacked and murdered Canadians, such as Sheila Nabb of Calgary, who Monday emerged from a medically induced coma and is breathing on her own after being found in a Mazatlan hotel elevator a few days ago, beaten so badly she'll undergo facial reconstruction this week.

More than 22 million foreigners visit Mexico each year – in 2010, more than 1.6 million were Canadian, up from about one million in 2006 – but how dangerous is it?

Statistics reveal that Mexico is not the most crime-ridden sun destination in the Americas. According to the United Nations 2010 global study on homicide, Mexico's murder rate per 100,000 people was lower than that of Dominica, Saint Vincent and the Grenadines, Dominican Republic, Belize, Bahamas, Saint Lucia, Puerto Rico, Honduras, Panama, Brazil, Saint Kitts and Nevis, Trinidad and Tobago, Venezuela, Guatemala, Colombia, Jamaica and El Salvador.

The attack on Ms. Nabb came after two Canadians already had been murdered in Mexico this month.

"These incidents, although very unfortunate, are infrequent," insists Rodrigo Esponda, who directs the Canadian branch of the Mexico Tourism Board. "The majority of international and national tourists, when they travel around Mexico, their experience is very positive."

The numbers, and ensuing media attention, appear to be tainting Mexico's sunny image.

Recent violence against visitors to Mexico has officials once again on the defensive, anxious to protect an industry that is the fourth-largest component of the country's gross domestic product and was worth $11.8-billion (U.S.) in 2010.

The crime associated with the drug cartels is still mostly confined to Mexican cities near the U.S. border such as Tijuana and Ciudad Juarez. The latest Mexican government report found that almost 80 per cent of all homicides connected to organized crime took place in just 6 per cent of the country's municipalities.

Ottawa has warned vacationers not to go to the border areas due to the "extreme levels of violence," but also reminds them to "exercise a high degree of caution due to a deteriorating security situation in many parts of the country."

On top of the two murdered Canadians this year, another five visitors have been assaulted, according to the Department of Foreign Affairs and International Trade. Last year, six Canadians were murdered and 50 were assaulted, the highest numbers of victims of serious crime in one year since 2000.

When Louis Durocher and his wife, Carole, residents of Saint-Jean-sur-Richelieu, Que., heard what happened to Ms. Nabb, they cancelled their Mexican vacation, which was to be spent at a resort 15 minutes from where the attack occurred, and booked a flight to Cuba.

"We had a discussion. We said, 'Do we want to go on a vacation and enjoy ourselves without any worries?' " Mr. Durocher said. "When you go on vacation, it's to relax and leave your worries behind, not bring them with you.

"We came to a conclusion that [Cuba]was a lot better for our security," he added.

The United States remains the No. 1 destination for Canadians, with almost 20 million overnight visits in 2010, while Mexico is a distant second and Cuba is third, according to Statistics Canada.

Other sun spots popular with Canadians also have not been immune to crime. Since 2005, the Dominican Republic (fifth in popularity) had 59 cases of Canadians assaulted and 13 murders, while Jamaica (ranked 13th) saw 36 assaults and eight murders.

The Mexico statistics for that same time period are striking in comparison. It had the highest number of assaults – 194 – but with 24 murders, it was not as deadly as the United States.

Yet Mexico remains a popular destination for Canadians, who have made the trek there in increasing numbers every year since 2006. About 50,000 Canadians expatriates live there.

Garry and Lee Finell and their 13-year-old son, Grayson, started visiting Mexico about six years ago and have travelled to Los Cabos, Rivieria Maya and Mazatlan, including since 2009, four stays at the Hotel Riu Emerald Bay, the same resort where Ms. Nabb was found.

The Edmonton family, who recently returned from a two-week visit, has no concerns about going back and just recommended the resort to a friend.

"The staff have just been incredibly good. We feel like we're family. I hate to see the hotel get a bad rap," said Mr. Finell, a retired veterinarian, who pointed out that his city is more dangerous for Canadians than Mexico.

Lesley Keyter, also known as the Travel Lady in Calgary, said while she hasn't had any cancelled bookings to Mexico in light of what happened to Ms. Nabb, she expects some people will now avoid the country.

"When the news first came up, my first reaction was shock and, oh my goodness, how am I ever going to be able offer people a Mexico vacation? What if they say to me, 'Will I be safe?' I can never guarantee anybody safety, obviously, but … things sometimes happen. What's shocking is that it happened within the confines of a five-star resort," she said.

Ms. Keyter echoed the sentiments of Mexican officials, who have repeatedly called the attack isolated. Officials have said they are doing everything they can to solve the crime. Still, it adds to a very bad month for the tourism industry.

"Last week the big news was cruising. Was anybody going to cruise again?" Ms. Keyter said.

With reports from Kim Mackrael and Marina Jimenez 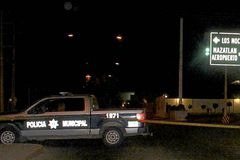 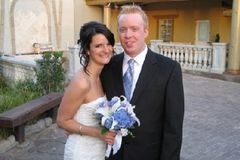 Canadian woman out of coma after severe beating in Mexico
January 24, 2012 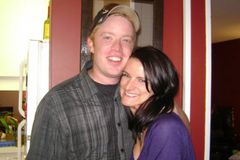