It was an impatient U.S. President Barack Obama, undoubtedly preoccupied with the crisis in Crimea, who prodded Palestinian president Mahmoud Abbas Monday to accept a U.S.-drafted framework agreement and continue peace talks with Israel for another nine months.

"Everybody understands what the outlines of a peace deal would look like," Mr. Obama said, describing two states with borders roughly based on the ceasefire lines that existed prior to the 1967 Six Day War, with some land swaps to ensure security while maintaining Palestinian sovereignty.

"It's very hard" to come to such an agreement, Mr. Obama acknowledged. But "we're going to have to take some tough political decisions and risks."

Mr. Abbas was in Washington two weeks after Israeli Prime Minister Benjamin Netanyahu had received a similar message from Mr. Obama. For eight months, the parties have been engaged in negotiations, led by U.S. Secretary of State John Kerry, intended to reach a final status agreement on the creation of a Palestinian state alongside Israel. They have failed to come even close to this, however, and Mr. Obama is attempting to persuade them to agree to at least a framework structure for such an agreement, and to continue their deliberations.

Mr. Abbas acknowledged Monday he was prepared to take some risks, but that there are some things he cannot do, at least not yet – and one of them is to recognize Israel as a "Jewish state," something Mr. Netanyahu has said is a condition for continuing talks.

Through a translator, Mr. Abbas pointed out that the Palestinians recognized Israel's legitimacy in 1988 and in the 1993 Oslo Accords: "We recognized the state of Israel."

But to accept it now as a Jewish state would compromise the claims of millions of Palestinian refugees whose families fled the fighting that followed Israel's creation in 1948 and were not allowed to return.

Mr. Netanyahu has repeatedly called on the Palestinian president to "abandon the fantasy of flooding Israel with refugees."

Mr. Abbas has said he has no such intention, but those who left their homes must have their rights recognized.

Knowing their leader's propensity to compromise, thousands of members of Mr. Abbas's Fatah movement paraded in Ramallah and Nablus earlier Monday to stiffen his spine and make it clear they want no Jewish state recognition.

These supporters would prefer he abandon the negotiations and press for sanctions against Israel at the United Nations and other international bodies.

Deploring such a possibility, U.S. Secretary of State John Kerry last week told a House of Representatives committee he thought it was "a mistake for some people to be raising it [Jewish state recognition] again and again as the critical decider of their attitude toward the possibility of a state and peace."

Diana Buttu, a former negotiations adviser to Mr. Abbas, says the Israelis insist on this formula knowing Mr. Abbas can't accept it, and thus they avoid reaching an agreement.

"Instead of encouraging the sides to prolong these pointless negotiations, Obama should be cutting off assistance to Israel until it begins to act in accordance with U.S. policy," Ms. Buttu said, referring to the U.S. policy against settlement construction.

The only demand Mr. Abbas is said to have made Monday was that Israel keep its promise to release 26 Palestinian prisoners before March 29. "This will give a very solid impression about the seriousness of these efforts to achieve peace," he said. Israel has released 78 prisoners in the first three of four promised batches.

In Europe, EU foreign-policy chief Catherine Ashton offered both sides a light at the end of the tunnel, saying Europe wanted to deepen economic ties with Israel and Palestine just as soon as they reach a final agreement to end their decades-long conflict.

"We want this to create huge opportunities in transport, energy, water, environment … business to business contacts," Ms. Ashton said. "We want to see progressive market integration, trade and investment facilitation" she added, in the most explicit description yet of Europe's vow to help the parties come to terms. 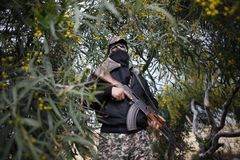