Monday's verdict of three Al Jazeera journalists has been denounced as outrageous, but it was in keeping with those of current Egyptian courts that have handed down death sentences for lesser offences. In this case, it wasn't so much the journalists who were on trial but Al Jazeera itself.

Egyptian authorities have long considered the Qatari-owned satellite news channel biased toward Islamists and closed its Cairo offices on July 3, the day the army overthrew the Muslim Brotherhood regime of Mohammed Morsi.

The three journalists continued to report on the brutal crackdown on Morsi supporters for several weeks, using a room at the Marriott Hotel as a makeshift office and TV studio.

"Al Jazeera definitely was biased," said Hisham Kassem, founder of the Egyptian Organization for Human Rights and the first publisher of the independent Al-Masry al-Youm newspaper. "It was used by the Qatari government in its mud fight with Egypt," he said, referring to the Emir of Qatar's support for the Brotherhood around the region and criticism of governments that oppose the Islamist organization.

"But the way to confront such a thing," Mr. Kassem said, "is to expose it, not to imprison its journalists."

Mohamed Fahmy, the Egyptian-Canadian leader of the so-called "Marriott cell," reportedly shouted "They will pay for this, I promise," as he was led from the Giza Criminal Courtroom, referring to the Egyptian authorities.

Indeed, they already are. International reaction to the verdict has been overwhelmingly negative, and "it will do enormous harm to Egypt just as things were starting to quiet down," Mr. Kassem said.

"It's no different from what we saw during the Mubarak era," he said, "and we know how that turned out."

The Al Jazeera journalists "are victims of a state whose different institutions are exercising personal pettiness that is shared by a significant segment of the population," said Mahmoud Salem, a popular Egyptian blogger (Rantings of a Sandmonkey) and columnist for Al-Monitor, a Middle East news service. The "kangaroo courts," as Mr. Salem describes them, are simply settling scores.

"The police and population hate Al Jazeera and its state-backer Qatar, and this is a way to 'punish both' and 'show them our strength,'" he said. Al Jazeera was noted for its coverage of opposition to the Mubarak regime – now viewed by many Egyptians as a time of order and a growing economy – and for its coverage of the Morsi administration.

Egyptian judges, whose senior members once were considered defenders of freedom and advocates for democracy, have become entangled in a state-dominated judiciary system ever since the army took power last year, Mr. Kassem said.

While the courts are ostensibly independent, he said, "the defendants themselves should never have been charged. And that's a government decision to prosecute them."

In a hastily arranged visit on Sunday, U.S. Secretary of State John Kerry told Egyptian President Abdel-Fattah el-Sissi, former head of the Egyptian Army, that much of the U.S. funding for Egypt's military was being released, and that Apache helicopters would "very soon" be delivered. Funds had been partially withheld last year following the coup that overthrew the democratically elected Mr. Morsi.

But Mr. Kerry is reported to have told the popular Egyptian leader that Washington continues to be concerned about the country's recent mass trials in which people associated with the Muslim Brotherhood have been convicted. He urged Egyptians to make the legal system, as well as the country's political system, more inclusive and fair. 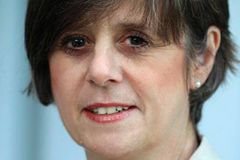