African leaders signed a UN-mediated deal on Sunday aimed at ending two decades of conflict in the east of the Democratic Republic of Congo and paving the way for the deployment of a new military brigade to take on rebel groups.

Congo's army is fighting the M23 rebels, who have hived off a fiefdom in North Kivu province in a conflict that has dragged Congo's eastern region back into war and displaced more than half a million people.

UN Secretary-General Ban Ki-moon, who witnessed the signing in the Ethiopian capital Addis Ababa, said he hoped the accord would bring "an era of peace and stability" for Congo and Africa's Great Lakes, and added that he would soon name a special envoy for the region.

The Great Lakes area, where colonial era borders cut at random through ethnic groups has in the last 20 years been a crucible of conflict that has launched multiple uprisings and invasions.

"It is only the beginning of a comprehensive approach that will require sustained engagement," Ban said of the accord, which did not include any representatives of rebel groups.

The agreement was signed by leaders and envoys of 11 African countries, including Rwanda and Uganda, which have been accused by UN experts of stoking the rebellion. They deny the accusation.

Speaking after the signing, Ugandan Vice President Edward Ssekandi said the deal could speed up the deployment of a new, UN-flagged intervention force to take on the rebels.

"We should be able to fast-track the ongoing consultation so that the force with a robust mandate and capability is put in place," he said.

African leaders failed to sign the deal last month after a disagreement over who would command the force.

A fresh rebellion launched in May, 2012 by the M23 group has brought more fighting and displacement to eastern Congo. In November the rebels seized the provincial capital Goma, but left the city to open the way for peace talks, which are being held in neighbouring Uganda.

Those separate talks between Congo's government and the rebels are aimed at reaching an agreement on a range of economic, political and security issues, including amnesty for "war and insurgency acts," the release of political prisoners and reparation of damages due to the war.

But the rebels have broadened their goals to include the removal of Kabila and "liberation" of the entire Congo.

Bertrand Bisimwa, M23's spokesman said he had not read the full details of the Addis Ababa deal, but hoped it would not reignite fighting between them and government troops.

Uganda's Ssekandi said the talks in Kampala were now focused on security and that their discussions were so far positive.

Congolese President Joseph Kabila said the talks with rebels would continue, but there was little time left before a March 15 deadline to complete them.

"What we have done in Addis is just a diplomatic measure. The discussions in Kampala will continue but we need to pay attention to the fact that we do not have a lot of time," Kabila told a news conference in after signing the deal.

Successive cross-border conflicts have killed and uprooted millions in the Congo basin since the colonial era, driven by political and ethnic divisions and competition for vast mineral resources like gold, tin, tungsten and coltan – a precious metal used to make mobile phones.

Rwanda's President Paul Kagame said Sunday's deal should not be taken as an end in itself, but as part of continuing peace process.

"At the heart of our efforts, we have to keep in mind the rights, interests and aspirations of the afflicted populations, caught up in the recurring waves of violence," he said.

In a joint statement, EU foreign policy chief Catherine Ashton and Development Commissioner Andris Piebalgs said the agreement contained "important steps in order to find sustainable, political solutions for the structural problems both at domestic and at regional level."

But Theodore Trefon, a regional analyst and author of the book Congo Masquerade, said he believed the Addis agreement and the stalled peace talks in Kampala had failed to look for long-term solutions or tackle underlying grievances which had stoked violence in the region.

"You're not going to be able to impose peace from above or the outside on people who don't want peace. Lots of local actors have hidden agendas," he told Reuters from Brussels. 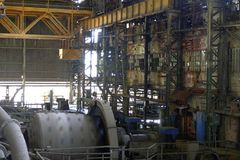