On one side of the line that has divided two societies for so long, the words arrive as fast as globalization can bring them –English-based lingo such as "shampoo," "juice" and "self-service." To South Koreans, they are everyday language. To defectors from the insular North Korea, they mean absolutely nothing.

Turn the tables, and the opposite is true, too: People in Seoul furrow their brows at homegrown North Korean words such as "salgyeolmul," which literally means "skin water." (That's "skin lotion" in the South.)

Two countries, mortal enemies, tied together by history, by family – and by language, but only to a point. The Korean Peninsula's seven-decade split has created a widening linguistic divide that produces misunderstandings, hurt feelings and sometimes even laughter. The gap has grown so wide, scholars say, that about a third of everyday words used in the two countries are different.

North and South Koreans are generally able to understand each other given that the majority of words and grammar are still the same. But the differences show how language can change when one half of the country becomes an international economic powerhouse and the other isolates itself, suspicious of outside influences.

The United States' huge cultural influence through its military presence, business ties and Hollywood has flooded the South Korean vernacular with English loan words and "konglish," which uses English words in non-standard ways, such as "handle" for steering wheel, "hand phone" for cellphone and "manicure" for nail polish.

In North Korea's view, all that is just further evidence that the South is an American cultural colony.

When Pak Mi-ok first arrived in South Korea after her defection in 2002, she was told by a waitress at a restaurant that water was "self-service," an English phrase she had not heard before. Too shy to admit she didn't understand, she ended up going without water during her meal.

"I worried the waitress would look down on me," said Ms. Pak. She started out working at restaurants but struggled to understand customers. "I thought they spoke a different language," she said.

Ms. Pak gradually picked up on the new lingo, and in a recent interview she used words such as "stress" and "claim" that aren't heard up in the North.

The North's isolation and near-worship of the ruling Kim family has also skewed the language. "Suryong" is the revered title for the North's founding leader and his son, Kim Jong Il, the late father of the current ruler, Kim Jong Un. But in the South it's used to refer to a faction or local leader from centuries ago.

Pyongyang is so eager to "purify" its language under its guiding philosophy of self-reliance that it vigorously eliminates words with foreign origins and uses homegrown substitutes. Shampoo is called "meorimulbinu," or "hair water soap," and juice is "danmul," or "sweet water."

Such differences fascinate and amuse South Koreans, who love to examine them on quiz and comedy shows.

Misunderstandings can arise to seemingly innocuous Korean phrases such as "Let's do lunch sometime," which those in the South frequently use as a friendly ending to conversations, even with casual acquaintances. But newly arrived North Korean defectors take such invitations literally, and are often dismayed or offended when they don't get a follow-up phone call.

"If someone uses such empty words in North Korea, they'll see their relations with others cut off and be branded as a faithless person," said a defector who asked not to be identified because of worries that doing so would put family members in the North at risk.

The communication gap widens when it comes to technical terms used in medical and technological settings, according to Han Yong-un, a South Korean linguist. About two-thirds of medical terms are different, he said.

"I think that North and South Korean doctors cannot work together in the same operating room," Mr. Han said.

Over the past 10 years, there have been efforts to produce a joint dictionary containing 330,000 words from both countries – a rare example of co-operation.

But as is often the case, political tensions have interfered with progress. The meetings only resumed last July after a more than four-year hiatus following the 2010 sinking of a South Korean warship. A new round of meetings, tentatively set for last month, hasn't been held as North Korea bristled over the annual springtime joint U.S.-South Korea military drills.

Even language experts from the two countries can have trouble understanding each other.

During last year's meeting in Pyongyang, South Korean linguist Kim Byungmoon said he tried to explain how South Koreans use the English word "glamour" as a noun to refer to a voluptuous woman, but North Korean scholars had difficulty understanding its usage.

Given the completely different political and economic systems between the two countries, it also takes a while to learn the connotations and associations that some emotionally laden words have.

In South Korea, "spec" refers to qualifications and credentials that college students need to land a good job. While defectors can quickly learn what the word literally means, it takes much longer to understand the immense stress associated with the word for young job-seekers in South Korea's ultra-competitive society, said Jeon Young-sun, a research professor at Seoul's Konkuk University.

Those in the South, meanwhile, may struggle to understand the emotional impact of "saenghwal chonghwa," the regular meetings in the North at which people are required to reflect on their behaviour and criticize each other. The phrase, which literally means "group discussions on daily lives," isn't used in South Korea.

"We were sick and tired of it," Ms. Pak said. "I still get goose bumps whenever I hear that word."Associated Press 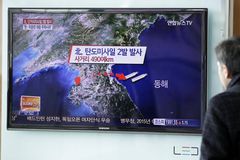 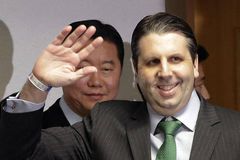 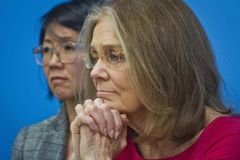