Warplanes bombed a Sudanese munitions factory Wednesday in Khartoum, setting off massive explosions and sending plumes of smoke roiling into the night sky.

Sudan immediately blamed Israel, which was coy about whether it had launched the attack. "There is nothing," Israeli Defence Minister Ehud Barak said, "I can say about this subject."

Israel has previously sent its fighter-bombers on deep-strike operations against Sudanese truck convoys carrying weapons suspected of being destined for the Gaza Strip.

Some Israeli media claimed Iran's Revolutionary Guards owned the Khartoum munitions factory south of the Sudanese capital that was struck in the audacious, long-range attack.

If true, the bombing could dangerously escalate the already tense confrontation between the Jewish state and Iran, whose tough-talking President Mahmoud Ahmadinejad has threatened to wipe Israel off the map.

Citing Sudanese opposition sources, Haaretz, the leading Israeli newspaper, reported that the bombed Yarmouk munitions factory outside Khartoum had "been built by Iran's Revolutionary Guards to supply weapons for Hamas," the radical Islamic group that rules Gaza. Thousands of short-range missiles fired from Gaza pose a constant and deadly threat to Israelis.

While Israel would neither confirm nor deny a role in the Khartoum bombing, the secretive and devastating night-time raid bore the hallmarks of previous Israeli attacks. In 1981, Israeli warplanes destroyed an Iraqi reactor. In 1985, they flew half the length of the Mediterranean to attack Palestinian Liberation Organization headquarters in Tunis, killing 60. In 2007, Israeli fighter-bombers destroyed a half-built Syrian nuclear site. And in 2009, a truck convoy believed laden with weapons and bound for Gaza was attacked by warplanes in northeastern Sudan.

Twice since then, air strikes against targets in Sudan have been blamed – by Khartoum – on Israel.

Leaked U.S. diplomatic cables point to Iranian-supplied weapons reaching Hamas in Gaza from Sudan. Khartoum and Tehran have close relations and the United States regards both as terrorist-sponsoring states.

Despite sanctions, Sudan has also built a significant arms industry, to supply its own internal wars in Darfur and against the breakaway south and to export to radical Islamic groups across North Africa.

If Israel did launch the strike, it would have been a long, but not especially dangerous, mission, given Sudan's rudimentary air defences. It could have entailed a 4,000-kilometre round-trip flight involving an Israeli strike force of fighter-bombers and air-refuelling tankers likely escorted by additional fighters.

After the munitions-site bombing, enraged Sudanese officials vowed unspecified retaliation. "Israel is a country of injustice that needs to be deterred," Vice-President Ali Osman Taha told a Sudanese crowd hours after the attack. Next to him was Sudanese President Hassan al-Bashir, who faces an international indictment for genocide.

In Khartoum, witnesses claimed to have heard aircraft – some said four – or missiles, but the reports were confused and contradictory. Video of the burning complex showed massive explosions. Sudanese officials reported two dead and it took hours to douse the flames. Several craters pockmarked the area and at least two large buildings were entirely destroyed in the industrial complex in a densely populated and poor area of south Khartoum.

Hundreds of demonstrators gathered to chant "Death to Israel" and "Remove Israel from the map."

After being accused of the 2009 air strikes, Israel did not deny responsibility or claim credit. The United States has also launched an attack on Sudan. In the wake of the 1998 al-Qaeda bombings of American embassies in Kenya and Tanzania that killed more than 200 people, then-president Bill Clinton ordered cruise missiles fired at a Khartoum factory suspected of making chemical weapons. Sudan said it was a pharmaceutical plant. 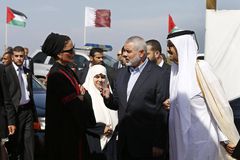