On a flight into South Africa last week, the cabin crew diligently handed out health forms to every passenger, asking them to declare any Ebola symptoms.

Yet when the flight arrived at Johannesburg's airport, nobody bothered to collect the forms. Nor did immigration officers ask passengers whether they had spent time in any Ebola-afflicted countries recently.

On many other flights into South Africa, the health forms are not even distributed to passengers, despite a government announcement in August that it would ban any non-essential travel from Ebola-hit countries.

South Africa, like many other countries, is quietly and unofficially admitting that the airport screening is ineffective. Aside from a quick temperature check to see if passengers have fevers – a check that has been in place for years – no other screening is consistently applied.

After the first U.S. case of Ebola was discovered last week, U.S. politicians have clamoured for travel bans and tough screening at airports to restrict visitors from West Africa. But in reality, experts say, this kind of screening is largely useless – a fact tacitly acknowledged by the countries that have stopped doing it. Much of the screening process has become a meaningless political gesture.

Even the temperature checks, the one form of screening that experts widely support, are unable to prevent people with Ebola from travelling abroad, as the U.S. case demonstrated. People can carry the Ebola virus for an incubation period of 21 days without any symptoms, so the temperature checks fail to catch them. This is what allowed Thomas Eric Duncan to travel from Liberia to Dallas last month without anyone realizing that he had the Ebola virus.

Aside from the temperature checks, which take only a few seconds to conduct, the rest of the airport screening process is based on the honour system: Passengers are asked to declare their health status, their symptoms and their exposure to Ebola. If passengers hide their symptoms, or refuse to tell the truth, or are simply unaware of their exposure to Ebola, the screening is useless.

Mr. Duncan answered "No" to these questions, and so was allowed to fly out of Liberia. It's still unclear whether he deliberately lied or just did not realize that the sick person he had assisted in Monrovia had Ebola. (Some of his neighbours thought he was helping a person with malaria.) But regardless of whether he lied or didn't know, there is no way to force passengers to give fully accurate information.

Health workers, too, are placed in a dilemma by this kind of airport screening. If they acknowledge the full extent of their contact with Ebola patients, or the possible weaknesses in their protective clothing, they can be forced off a flight and ordered to remain in the Ebola-afflicted zone – a fate that the departing health workers would naturally seek to avoid.

A series of scholarly studies in recent years, focusing on airport screening for influenza, SARS and other diseases, have found that the screening is ineffective in most situations.

Andrew Medina-Marino, an epidemiologist who worked in Liberia for several weeks recently for Médecins Sans Frontières (Doctors Without Borders), says airport screening can create a "perception of security" without having much "actual impact."

Another problem is the shortage of trained staff and equipment for airport screening.

Heinz Feldmann, a virologist and Ebola expert who worked in Liberia for three weeks in August and September, said the people using the thermometers at Monrovia airport during his visit were poorly trained and unaware of how to use the devices properly, so the checks were useless. "They are writing down temperatures of 32 degrees Celsius, which everybody should know is impossible for a living person," he told Science magazine last month.

One possible alternative would be a system of official blood tests at airports to see if passengers have Ebola. But these tests take many hours, if not days, to complete and would be hugely expensive, so experts don't consider it an option.

Some U.S. politicians and petitioners are calling for a rigid ban on all travellers from Ebola-afflicted countries. But this idea is rejected by a wide range of leading experts and agencies, including the World Health Organization and the U.S. Centers for Disease Control and Prevention, because it would make it almost impossible to send health workers and other specialists into these countries to help fight the Ebola crisis.

Isolating the Ebola-afflicted countries could even lead to the collapse of their governments or economies, which would further spread the Ebola threat, analysts say. 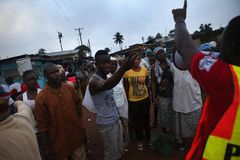 Only a few aid agencies willing to help fight Ebola in Africa
October 3, 2014 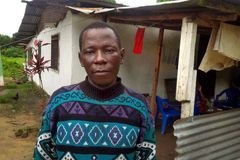 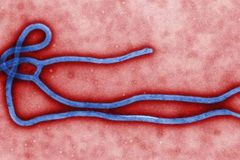 Race is on to isolate Ebola case in Texas
October 2, 2014 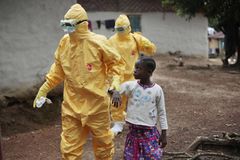