Security measures at transit hubs across Canada were stepped up Tuesday in the wake of a deadly terrorist attack in Brussels, with a more visible police presence at airports and authorities urging travellers to watch for any hint of trouble.

Public Safety Minister Ralph Goodale said law-enforcement agencies are redoubling their efforts at Canada's airports and public-transit systems, calling them "part of the critical infrastructure of the country."

"Canadians can be assured that their police and security services are alert and vigilant and taking the steps that are necessary across the country," he told reporters in Ottawa.

Brussels Airport and a downtown subway station were attacked during the morning rush hour Tuesday, killing at least 31 people and injuring dozens more.

Mr. Goodale sought to reassure Canadians, saying there is no imminent threat in this country and no known Canadian connection to the Brussels attacks. He said Canada's threat level remains at medium, where it was set in October, 2014.

At the country's two biggest airports, near Toronto and Vancouver, officials said security personnel are on alert but declined to say whether more officers and security guards had been deployed.

For Canadian travellers such as Jacqueline Litz, who was sending her teenaged daughter off on her first solo flight, the terror attacks in Brussels seemed a faraway concern.

"I feel safe here," said Ms. Litz, who was dropping off 14-year-old Maddy at Toronto's downtown Billy Bishop Airport for a flight to visit family in Pittsburgh. "I did think about it but what can you do? You can't stop living life because there's crises in other places."

At least one Winnipeg high school cancelled a European trip and others were considering their options.

The Toronto Transit Commission made plans for "increased visible presence" of uniformed special constables on the subway system, including at key stations, spokesman Brad Ross said.

Foreign Affairs Minister Stéphane Dion, who called the attacks a "black Tuesday for Belgium," said there were no reports of Canadian citizens affected by the blasts.

In an advisory on its website, Global Affairs Canada warned Canadians in Belgium to "exercise a high degree of caution due to the current elevated threat of terrorism."

Air Canada diverted one flight to Paris and cancelled its flights to and from Brussels scheduled for Tuesday night.

For most travellers, their plans were unaffected. Rasoul Nejadmehr, 61, originally from Iran, was on his way to visit his family in Sweden.

"My thoughts go to the innocent people who are just like me, sitting on a train who have families. … It could happen anywhere," he said at Pearson International Airport.

At Vancouver International Airport, Xana Denruyter, 23, of Boutersem, Belgium, was waiting for a friend to arrive from Australia. Ms. Denruyter – who has spent the last three months travelling in Canada – had spent the morning watching images of the Brussels attacks, unnerved by recognizing all the surroundings.

"My family is okay, my friends are okay, but it's something that you don't think will happen to you," Ms. Denruyter said.

For more than a decade now, European civilians have been killed in the streets, oftentimes by terrorists who grew up in the very cities that were hit, said Mr. Gurski, the author of a recently published book called The Threat From Within. "How is this different than what happened in Paris? In London? In Madrid? It's the new normal," Mr. Gurski said.

Earlier this month, the current CSIS director reminded a parliamentary committee that "terrorism has a global reach."

Michel Coulombe pointed out that, already in 2016, terrorist attacks have killed one Canadian citizen in Jakarta, Indonesia, and six Canadian citizens in Ouagadougou, Burkina Faso.

With reports from Colin Freeze, Julien Gignac and The Canadian Press 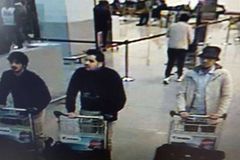 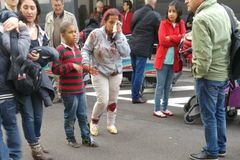 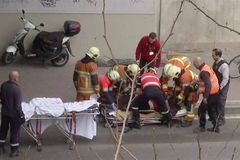 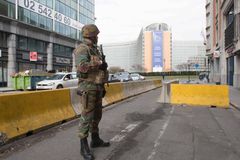 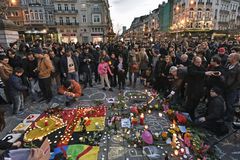 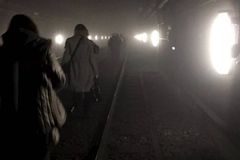 Follow Jill Mahoney and Wendy Stueck on Twitter @jillsmahoney @wendy_stueck
Report an error Editorial code of conduct
Due to technical reasons, we have temporarily removed commenting from our articles. We hope to have this fixed soon. Thank you for your patience. If you are looking to give feedback on our new site, please send it along to feedback@globeandmail.com. If you want to write a letter to the editor, please forward to letters@globeandmail.com.
Comments