An Al-Jazeera English journalist who is getting to know his six-month-old son for the first time after spending more than a year in Egyptian prisons said Tuesday he was optimistic that a retrial beginning next week would exonerate him.

Baher Mohammed, 31, was initially sentenced to 10 years before an appeals court ordered a retrial for him and colleagues Mohamed Fahmy and Peter Greste. The three were initially convicted of terrorism-related charges in a trial widely derided as political by rights groups and fellow journalists.

Greste, an Australian, was deported home on Feb. 1. Fahmy, a dual Egyptian-Canadian national, dropped his Egyptian citizenship at the nudging of Egyptian security officials who told him it was the only way he would benefit from a new law that allows foreigners to be deported during their trials.

He and Mohammed were released Friday, but must report each day to the local police station until their new trial begins Monday.

"I am just optimistic but I decided not to (have) any expectations. I decided to live the present time, to enjoy my limited freedom. I am happy with it," Mohammed said at his home in a Cairo suburb, where he has been reunited with his wife, his three kids, his parents and his Caucasian Shepherd.

Mohammed learned his wife was pregnant with their third child two weeks after he was arrested at his house in the middle of the night in December 2013. Security forces shot the dog, then a puppy, as they stormed his house and searched it, confiscating equipment and money.

Now his newborn son Haroun is six months old and his dog Gatsby's leg has healed.

"I missed six months of (Haroun's) life. Can you imagine? And I can't get those six months back," he said. "Only the day before yesterday I started to make him smile and that was amazing. Finally I am building a relationship with him."

Mohammed said he spent 411 days in three different prisons in Egypt, including a maximum security facility where he had to sleep on a damp cement floor in a cell six and a half feet wide.

During his time behind bars Mohammed put together a nightly variety show of sorts with other inmates that included commentary on current events, reading poetry and singing. During some of the mock shows he and Fahmy grilled senior Islamist politicians who had been detained after the 2013 military overthrow of President Mohammed Morsi.

"We received some answers. Some other things we couldn't get an answer for," he said.

Mohammed said his younger kids, Hazem, 5, and Fairouz, 4, would come with their mother to visit him once a week, after he was removed from the maximum security prison. But they never knew their father was imprisoned. They always thought he was at work.

"Every time I try to go open the door, they cry. They think I am leaving, going to work," he said.

So he hasn't left his family since being released on Friday.

Mohammed expressed gratitude at the international campaign by rights groups and fellow journalists calling for his release, saying it gave him strength and had probably played a key role in authorities granting him a new trial.

It's a campaign he hopes to join once his own struggle is over.

"Even if they set me and Fahmy free, freedom of expression will remain behind bars because there are many other Egyptian journalists still behind bars," he said.

"After I saw this amazing unity of the journalist community supporting us and freedom of the press, it is my responsibility to keep this pressure to help immediately call for the release of each single journalist."

There are at least nine other journalists in detention in Egypt. The Committee to Protect Journalists listed Egypt in 2014 as one of the 10 worst jailers of journalists around the world, along with China, Iran, Turkey and Ethiopia.

One reporter, freelance photojournalist Mahmoud Abu Zeid, has been in detention for over 550 days without charges. His detention was renewed indefinitely on Monday.

The initial trial of the Al-Jazeera English reporters opened last February, nearly two months after the three were arrested and charged with aiding Morsi's Muslim Brotherhood, which is now officially branded a terrorist group and has been the target of a sweeping crackdown.

Rights groups described the trial as a sham, saying the court produced no evidence to support the charges. The journalists and their network said they were caught in a political dispute between Egypt and Qatar, which sponsors Al-Jazeera and had been a strong backer of Morsi during his divisive year in power.

Mohammed said he was hopeful that the new panel of judges would free him and his colleagues based on the appeals court finding that the evidence presented by prosecutors was flawed. 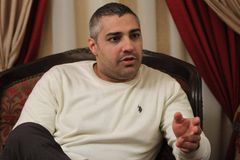 Fahmy and supporters call for his swift deportation from Egypt
May 12, 2018 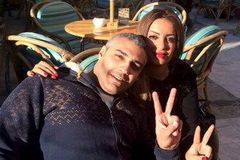 Cairo tries to put courts in better light ahead of Fahmy’s retrial
May 12, 2018 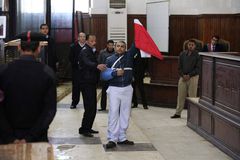 What went wrong for Mohamed Fahmy Subscriber content
May 12, 2018 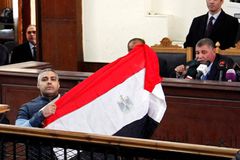 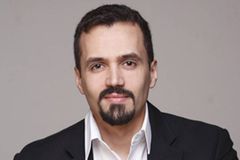 Mohamed Fahmy released from Cairo jail on bail
May 12, 2018 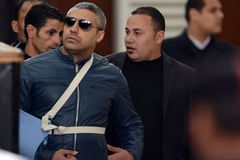