Nine months ago, when the G20 leaders met in Pittsburgh, they pledged to "rationalize and phase out over the medium term fossil-fuel subsidies that encourage wasteful consumption." These subsidies, they said in the final communiqué, reduce energy security and "undermine efforts to deal with the threat of climate change."

Ah yes, climate change, the subject Prime Minister Stephen Harper hates. Two weeks ago, while visiting Europe, he called the subject a "sideshow" that wouldn't get any attention at G8 and G20 summits focused on the economy. European leaders considered his position to be so fossilized that a week ago Monday, at 3 p.m., Mr. Harper had to reverse himself by issuing a revised agenda that, yes, included climate change. Once again - how many times has it been? - Canada's position on climate change has proved to be an international embarrassment.

Needless to say, Mr. Harper, as host, won't be putting the pedal to the metal on eliminating fossil-fuel subsidies or doing anything about climate change. But at least a few other leaders might. After all, at Pittsburgh, the leaders instructed energy and finance ministers to report on how G20 countries were dealing with both.

How large fossil-fuel subsidies are worldwide is an interesting question, especially given British Petroleum's ruinous and graphic oil gusher befouling part of the Gulf of Mexico. The International Energy Agency, representing the big consuming countries, estimates than in 20 non-members of the Organization for Economic Co-operation and Development, fossil-fuel subsides represented $310-billion in 2007. Put those together with $265-billion in agricultural subsidies within the OECD and that makes a tidy $575-billion in subsidies for fossil fuels among big countries outside the OECD and for farmers inside the OECD.

The trouble with the G20 reducing fossil-fuel subsidies is that although some of the countries at the Toronto summit subsidize heavily (Saudi Arabia, Indonesia, Russia), most of the worst offenders, including Venezuela, Iran and a bunch of Arab states, are not G20 countries.

Cheap gasoline and other petroleum products are deemed the heritage of consumers in those oil-producing nations. Authoritarian governments bribe citizens with cheap fuel and justify the policy as helping the needy. Subsidies also help to suppress political dissent.

Some G20 countries have also rushed to protect Big Coal from any burden placed upon it as a huge emitter of carbon. Oil and natural-gas companies also have been exceedingly successful in North America at delaying or frustrating serious attempts to put a price on the carbon they emit. Given the lassitude of the Harper government, and the political constipation of the U.S. Congress, it appears their success will continue for some time.

In China, India and other developing countries, coal remains king: a cheap, abundant, domestic source of energy, central to their modernization efforts. Neither emerging giant will remotely commit to absolute reduction targets for their greenhouse-gas emissions, just improvements in the intensity of energy use, the same approach favoured by Alberta in Canada. It's an approach guaranteed to produce more emissions, but at a slower rate of increase than if nothing had been done.

The key to doing what G20 leaders said they wanted in Pittsburgh is to recalculate what subsidies mean. In their communiqué, they exempted subsidies for "clean" technologies and fuels, mainly biofuels.

As the Institute for Sustainable Development showed in a compendious report on biofuels, subsidizing corn-based ethanol is counterproductive. The cost-per-tonne reduction of carbon dioxide through corn-based ethanol makes those subsidies among the least-efficient use of taxpayers' money imaginable. Worse, there are so many subsidy programs available for farmers who produce ethanol that the phenomenon of "subsidy stacking" is now widespread. So, good ends do not necessarily make for wise subsidies.

Similarly, subsidies are implicit in any fossil-fuel use that does not impose a price either on the producer or the consumer for the emissions that flow from the use. In other words, the best way over time to reduce emissions is to eliminate the implicit subsidies by requiring producers and users to pay a price for the pollution.

A handful of European G20 countries are doing so through an emissions-trading system. A couple of jurisdictions, including British Columbia, use a carbon tax. Everybody else remains unwilling to contemplate, let alone do, the single most important thing required to fulfill what the leaders said they wished to accomplish in Pittsburgh, and presumably will repeat in Toronto. 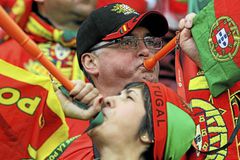