Italy's high court took up the appeal of Amanda Knox's murder conviction Wednesday, considering the fate of the "very worried" American and her Italian former boyfriend in the brutal 2007 murder of Knox's British roommate.

So many journalists and trial-watchers were on hand for the final arguments in the murder of Meredith Kercher that the judges moved the hearing into the largest available courtroom in the Court of Cassation.

A decision had been expected as early as Wednesday, but with a full docket of other cases Wednesday and Thursday, the presiding judge said a ruling may not come down until Friday.

The judges could decide to confirm the convictions and 28 1/2-year sentence for Knox and 25-year sentence for her ex-boyfriend Raffaele Sollecito, which would then raise extradition questions for Knox, since she is free in the United States.

The court could decide to throw out the convictions and order a third appeal trial. Less likely, it could overturn the convictions without ordering a retrial, tantamount to an acquittal.

To date, the high-profile legal saga of Knox and Sollecito have produced flip-flop guilty-then-innocent-then-guilty verdicts, polarizing observers in three nations. Knox has been portrayed alternately as a victim of a botched investigation and shoddy Italian justice, or a promiscuous predator who falsely accused a Congolese bar owner of the murder.

Knox, who has maintained her innocence throughout, was awaiting the ruling in her hometown of Seattle. She is "worried, very worried," said her attorney, Carlo Dalla Vedova, who said a decision is expected late Wednesday or Thursday.

Asked if he would call Knox with the court's decision even if it came in the middle of the night in the United States, Dalla Vedova said: "I don't think she's sleeping much."

Television crews mobbed Sollecito as he made his way into the courthouse, where he huddled with his attorney before the hearing began.

His attorney, Giulia Bongiorno, said she hoped the court would annul the guilty verdicts, saying the ruling was "littered with errors and absolutely littered with contradictions and by an illogical motivation."

Also at the hearing was Diya (Patrick) Lumumba, the owner of pub where Knox occasionally worked whom she falsely accused of the murder.

Kercher, a 21-year-old student from Britain, was found dead Nov. 2, 2007, in the apartment that she shared with Knox in the idyllic hillside town of Perugia where both women were studying. Her throat was slashed and she had been sexually assaulted.

Suspicion quickly fell on Knox and Sollecito, who were arrested in the days after the murder. The couple denied involvement and said they had spent the evening at Sollecito's place watching a movie, smoking pot and making love.

They were found guilty by a trial court in Perugia in 2009 but freed in 2011 after an appellate court overturned the convictions. They found themselves back in an appellate court after the Court of Cassation vacated the acquittals in 2013 in a harsh rebuke of the Perugia chief appellate judge's reasoning.

The Florence appeals court that convicted them most recently last year said in its ruling that the pair acted in concert with Rudy Hermann Guede, a drifter born in Ivory Coast who is serving a 16-year sentence for his role in the slaying and sexual assault. The presiding judge contended that Knox herself delivered the fatal knife blow, writing that the American wanted to "humiliate the victim."

Knox has called the reversal unjust and blamed an "overzealous and intransigent prosecution," "narrow-minded investigation" and coercive interrogation techniques.

Knox, who spent nearly four years in jail during the investigation and after her lower court conviction, remains free in the United States. Her spokesman David Marriott said she would await the decision in Seattle. She has vowed never to return willingly to Italy.

One of her attorneys, Luciano Ghirga, said before the hearing began that he was certain the high court would rule in her favour.

"I have always been confident," he said. "Amanda is innocent."

TIFF: Amanda Knox-inspired The Face of an Angel blends fact, fiction, sex and the surreal
September 3, 2014 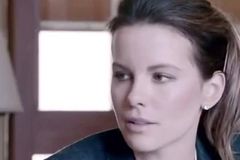 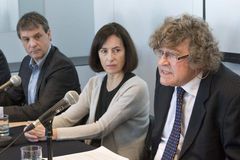