Suffering from a mysterious ailment and having lost nearly 50 kilograms languishing in Cuban prisons for nearly three years, Alan Gross is perhaps America's most forgotten prisoner.

The development worker, with experience on U.S.-funded projects in Iraq and Afghanistan setting up communications networks, was convicted in March, 2011, of attempting to subvert the revolution on the Communist island.

His supporters claim he was innocently trying to set up Internet access for Cuba's tiny Jewish minority under a project funded by the U.S. aid agency, USAID, and that the Obama administration has not come to his assistance for fear of alienating Cuban-American voters during the election.

With the 2012 contest over, however, a concerted effort is under way to goad the Obama administration into action.

The Gross family has filed a lawsuit for up to $30-million in damages from the U.S. government, and with the aid of a high-profile human-rights lawyer, who counts Nobel laureate Aung San Suu Kyi as one of his clients, they have launched a set of actions to draw attention to the case.

Mr. Gross's wife, Judy, believes that Barack Obama wanted nothing to do with springing her husband from a hostile regime – at least until the presidential elections were over – for fear of riling the powerful Cuban-American constituency in Florida, a vital group of voters in a swing state who would not take kindly to his administration negotiating with the Communist regime. "He was willing to have somebody rot in jail because of South Florida and the election," Mrs. Gross said in an interview.

The U.S. State Department has denied that Mr. Gross is a spy and said that he is being held without justification.

Mr. Gross was arrested in his Havana hotel room on Dec. 3, 2009, on the last day of what was supposed to be his fifth and final visit to Cuba.

After 14 months in prison, he was finally charged with "a subversive project aimed at bringing down the revolution." After a two-day trial, he was convicted and given a 15-year prison sentence.

Mr. Gross is held in a Havana military hospital. Cuban doctors claim a large mass in his shoulder isn't serious but after a long-distance review, Alan Cohen, a Maryland radiologist, warned that the mass represents a "potentially lethal outcome."

Jared Genser is president of the non-profit group Freedom Now and a lawyer with Persus Strategies. His clients have included former Czech Republic president Vaclav Havel and Nobel Peace Prize laureates Desmond Tutu and and Elie Wiesel. He has formally asked Juan Mendez, the UN Special Rapporteur on Torture and other Cruel, Inhuman and Degrading Treatment and Punishment, to open a file on Cuba's treatment of Mr. Gross.

Mr. Gross had been "denied adequate medical diagnosis and treatment for the last six months," Mr. Genser wrote in a letter to Mr. Mendez, adding that, if it continues, the Cuban government's conduct "will constitute torture."

The Gross family has also filed a lawsuit against Development Alternatives Inc., the aid company for whom Mr. Gross was working, accusing both the company and the U.S. government of failing to provide Mr. Gross with the "education and training that was necessary to minimize the risk of harm to him."

A letter from more than 500 rabbis, including 19 in Canada and others from more than a dozen countries, to Cuba's President Raul Castro urged Mr. Gross be released "on humanitarian grounds," not only because of his illness but because his "90-year-old mother also has terminal lung cancer and desperately wants to see her son before she dies."

Among them is Ron Aigen, president of the Montreal Board of Rabbis, who said it was inexcusable and inexplicable that Mr. Gross case had failed – so far – to arouse support among Jews and others concerned about unwarranted imprisonment.

Cuba contends the multimillion-dollar USAID effort was a thinly disguised attempt to undermine the Castro government by giving dissidents and opposition groups independent access to the Internet and sophisticated technology to cover their tracks.

Mrs. Gross said her husband's "mood is one of incredible anger." The U.S. government "sent me here and then deserted me in Cuba," he told her when she visited Havana last month.

Cuba has repeatedly hinted that Mr. Gross could be freed in a swap for the so-called Cuban Five, a group of Cuban spies arrested in 1998. Havana admits they were intelligence agents but contends they were keeping an eye on the radical and violent extremists in the Cuban diaspora.

"[It's] an essential element in this agenda," Cuba's Foreign Minister Bruno Rodriguez Parrilla Lopez said earlier this month that one of Havana's conditions for better relations with the United States was freeing the Cuba Five.

Mr. Genser says Havana needs to move first: "If the Cubans want good relations with Obama in the second term … the fastest and best way to do that is to release Alan Gross." 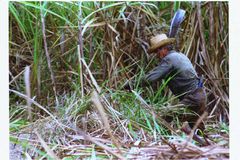 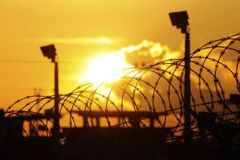