What made Dawn Hochsprung, the late principal of Sandy Hook Elementary School, a hero?

Was it the fact that she and two colleagues sprang from a meeting to confront the young man who had entered their school bent on destruction? Or was it the small everyday acts of service to her students, the fact that she arrived early and left late, and, in the words of a friend, "never gave up on a kid"?

In the wake of the Newtown, Conn., school shooting that left 20 children and six teachers dead, there has been a search for people who behaved heroically in that unimaginable chaos. Selflessness is needed to balance senselessness.

Victoria Soto ushered children into the closet of her first-grade classroom and died protecting them. Janet Vollmer hid her kindergartners behind a bookcase and read to them.

Kaitlin Roig barricaded her students in a bathroom, and tried to comfort them so they would not hear the sound of gunshots. "I wanted them to know someone loved them," she said. "I wanted that to be one of the last things they heard."

So much heroism takes place minute by minute under the world's radar – the teacher in Afghanistan who keeps a school for girls open despite threats of violence, the 12-year-old who cares for a disabled parent – that it's easy to forget just how abundant it is. When a heroic deed is caught in the flare of an instant, silhouetted against horror, it makes you wonder: How did they do that? Backed into a corner, would I rise to the challenge too?

You just might. Heroism, in Ralph Waldo Emerson's words, "is a self-trust which slights the restraints of prudence. … [It] feels and never reasons, and therefore is always right."

What he was saying, in his grandiloquent style, prophesied today's science, and the testimony of hundreds of everyday heroes: Radical altruism is the work of a moment, instinct's first and highest response. People who do something ridiculously brave almost always do it without conscious thought.

Take Kennet Santana, a California teacher who tackled a pipe-bomb-laden teenager in a high-school corridor in 2009. Mr. Santana didn't think, he just acted: "A hero chooses to put themselves in danger," he said at a press conference afterward. "I didn't know what was going on."

Or Kimberly Friesen, a British Columbia elementary-school teacher (do you sense a pattern?) who dived into a freezing river to save an eight-year-old boy: "It all happened so fast," she told the Vancouver Province after she received a Governor-General's Award for bravery in 2009. "It felt like someone else was doing it. I had no time to think."

Over the 40 years it has existed, 3,247 people have won the Governor-General's Decorations for Bravery, some for official acts of heroism, such as wartime valour, but more often for extraordinary everyday efforts like saving strangers from burning houses, cold water or armed attackers.

Maybe, instead of being a race programmed toward competitiveness and back-stabbing, we are actually hardwired for altruism, if we can just step out of the way and let instinct be a guide. Recently, Scientific American reported on a series of studies performed by U.S. academics to test whether we are more likely to help others without thinking, or when we sit back and weigh our decisions.

One of the academics who conducted the research is Harvard University mathematician and biologist Martin Nowak, whose book SuperCooperators (written with Roger Highfield) proposes that there is a third leg to evolution: Along with selection and mutation, the other process that helps the human race progress is co-operation.

In SuperCooperators, the authors write about another folk hero, Wesley Autrey, a construction worker who in 2007 flung himself onto New York subway tracks to protect an 18-year-old college student who'd had a seizure and fallen from the platform. As his two young daughters watched, Mr. Autrey lay on top of the other man as the train passed over, brushing Mr. Autrey's cap.

"He showed us all that in the game of life, surviving is as dependent upon the goodwill of others as it is upon personal qualities such as drive, excellence, and so on," the authors of SuperCooperators wrote. "He became a living testament to the power of co-operation."

You can bet Mr. Autrey was not thinking about Darwin, or evolutionary biology, or his place in history when he jumped in front of a train to help a stranger. He said afterward that he had made a split-second decision.

He had something else in common with the thousands of people who do something crazily brave, usually to their own surprise, every year: He did not consider himself a hero. "I don't feel like I did something spectacular," Mr. Autrey told reporters after he had climbed back up and dusted himself off. "I just saw someone who needed help."

This is a common refrain among people who have been spontaneously valiant in a way the rest of us can only imagine: It was nothing, they say. Anyone would have done the same thing. It's what I was trained for. I was just doing my job.

Consider Chesley (Sully) Sullenberger, who was piloting a U.S. Airways flight from New York with 155 people on board when a flock of geese got caught in the engines and caused them to quit. Capt. Sullenberger not only landed the plane intact on the Hudson River, but made sure that everyone had escaped safely before he left himself.

At first, Capt. Sullenberger issued the expected denial – he was not a superman, he was just a pilot who could not fathom that his plane would not land in one piece. But then he said something compelling in an interview with Katie Couric, when she asked him about a word that is so fraught with meaning, so heavy with baggage: What did he think when people called him a hero? "I don't feel comfortable embracing it, but I don't want to deny it," he said. "I don't want to diminish their thankful feeling toward me by telling them that they're wrong."

What he said was crucial: Quite apart from his singular effort and the 155 passengers and crew it saved, it was people's need to believe in heroism that survived that day.

At Sandy Hook, where six adults died trying to protect the children in their care, that belief lived another day.

Elizabeth Renzetti is a columnist and feature writer with The Globe and Mail. 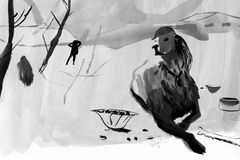 new
After Newtown, polls show Americans want their guns, with some restrictions
May 9, 2018 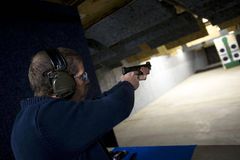 ‘You died so needlessly,’ says mother of Winnipeg girl killed in Newtown massacre
May 10, 2018 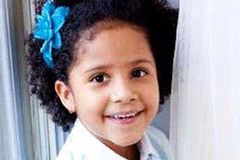 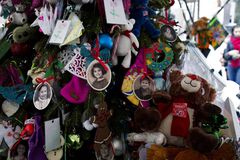