The presidents of Russia and France joined other leaders Friday at ceremonies commemorating the massacre of Armenians a century ago by Ottoman Turks, an event which still stirs bitter feelings as both sides argue over whether to call it genocide.

The annual April 24 commemorations mark the day when some 250 Armenian intellectuals were rounded up in what is regarded as the first step of the massacre. An estimated 1.5 million died in the slaughters, deportations and forced marches that began in 1915 as Ottoman officials worried that the Christian Armenians would side with Russia, its enemy in the World War I.

The event is widely viewed by historians as genocide but modern Turkey, the successor to the Ottoman Empire, vehemently rejects the charge. It says that the toll has been inflated, and that those killed were victims of civil war and unrest. On the eve of the centennial, Turkish President Recep Tayyip Erdogan insisted that his nation's ancestors never committed genocide.

Each leader walked along the memorial with a single yellow rose and put it into the centre of a wreath resembling a forget-me-not, a flower chosen as the symbol of the commemoration.

"We will never forget the tragedy that your people went through," Hollande said.

France is home to a sizeable Armenian community. Among the French Armenians at Yerevan was 90-year old singer Charles Aznavour, who was born in Paris to a family of massacre survivors.

For many Armenians, the massacre anniversary is not only a moment of grief but also a reminder of the resilience of the nation.

"We feel a big pain today, historic pain but at the same time we feel a big historic strength," Nadezhda Antonyan, a teacher from Yerevan said on the sidelines of the ceremony. "We should not only survive but we must live, be strong and build our statehood."

Russian President Vladimir Putin used his speech to warn of the dangers of nationalism as well as "Russophobia" in a clear dig at the West-leaning government in Ukraine.

Earlier this month, Turkey recalled its ambassadors to Vienna and the Vatican after Austria and Pope Francis described the killings as genocide. The European Parliament has also triggered Turkey's ire by passing a non-binding resolution to commemorate "the centenary of the Armenian genocide."

Armenian President Serge Sarkisian expressed hope that recent steps to recognize the massacre as genocide will help "dispel the darkness of 100 years of denial."

Armenians and Turks planned to march in Istanbul's main square to remember the Armenian intellectuals who were rounded up in the city 100 years ago and to urge the government to recognize genocide. A small nationalist group planned a protest denouncing the genocide accusations.

Sarkisian welcomed the rally in Taksim Square to honour the dead, calling them "strong people who are doing an important thing for their motherland."

Turkish Prime Minister Ahmet Davutoglu earlier this week issued a message of condolence to the descendants of the victims, without calling the killings genocide.

On Friday, Volkan Bozkir, the minister in charge of Turkey's relations with the European Union, attended a service at the Armenian Patriarchate in Istanbul to honour the dead in the 1915 massacre — a first by a Turkish government official.

"We respect the pain experienced by our Armenian brothers," Bozkir said. "We are in no way opposed to the commemoration of this pain."

In Yerevan, thousands of mourners lined up to lay flowers at the memorial on Friday despite the pouring rain. Many expressed disappointment at Turkey's refusal to apologize and recognize atrocity as genocide.

"It doesn't benefit either the Turks or us to live in eternal animosity," said mourner Karen Bakhshinian. "We need to look for a way-out of this deadlock. Sooner or later we are going to have to find it."

Harper government back in the middle of historic Turkey-Armenia dispute
April 24, 2015 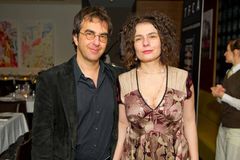 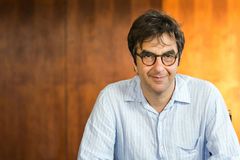 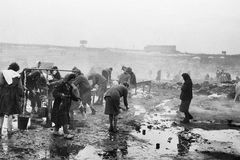