In the thin air of the Tibetan plateau, the grains are known as qingke. Traditionally, they are made into zanba, a dough made with yak butter.

But when Swiss-Tibetan entrepreneur Songtsen Gyalzur looked at the fields of local barley, he saw a new way to fill pint glasses, using ingredients from one of China's storied places to propel sales in a country taking its first swigs of more complex microbrewed suds.

"Our slogan is, 'Your Shangri-La in a bottle,'" Mr. Gyalzur said. "This is the biggest beer market in the world. And we are entering a supercycle for craft beer."

The craft beer revolution that has upended alcohol consumption in the United States, Canada, Europe and Japan began to touch China in the late 2000s. But in the past 24 months, it has suddenly swelled.

In Beijing, Nanjing, Chengdu, Shanghai, Hangzhou, Suzhou and Guangzhou, craft brewers are pumping out IPAs, stouts, wheats and reds. Two years ago, a regional centre such as Wuhan had no craft breweries. Today it has four. A dozen or so brewers have started peddling their wares in Tianjin over the past year, some of them tiny street-side vendors hawking beer in plastic bottles – a stampede of amateurs chasing profit dreams.

When Gao Yan published a Chinese-language home-brewing guide in 2011, he was still one of China's few craft-beer pioneers. Five years later, it has sold more than 20,000 copies, and in May, Shanghai's Boxing Cat Brewery became the first Chinese craft beer to take home a medal at the World Beer Cup.

"It's probably the most exciting place to be right now for craft beer," said Kris Li, the Canadian co-founder of Beijing's Jing-A Brewing Co., which has been doubling volumes every year.

Changing beer tastes are already shaking up the market. Sales and consumption of Chinese domestic beer have fallen in each of the past 18 months, according to numbers published by the Beer Professional Committee at the China Food Industry Association. Last year, production was down more than 5 per cent.

At the same time, beer imports were up 85 per cent in 2014, and another 60 per cent last year. The numbers are still tiny – imports made up 1 per cent of total consumption last year. And specific data aren't yet available for craft beer, whose volumes are even smaller. (In Canada, smaller breweries brewed 9 per cent of the beer consumed in 2014.)

But it's clear Chinese drinkers are switching to the more adventurous tastes catered to by craft brewers, as the country's long-standing insularity is increasingly eroded by a surge in international travel, studies abroad and lust for foreign goods.

And no brewer is more ambitious than Mr. Gyalzur. Others want to make craft beer. He wants to make a lot of it. Others want to accent liquid creations with local ingredients. He wants the very foundation of his beer to be something distinctly Chinese – highland barley and the cleaner waters of a region largely untouched by industrial blight.

If he also changes the way the world looks at Chinese alcohol, so much the better.

Mr. Gyalzur's mother was born in Tibet but was orphaned at 7, her parents disappearing into China's tumultuous Cultural Revolution. She escaped by hiking across the Himalayas and eventually landed in Switzerland.

Years later, she returned and launched two orphanages, one in what is now known as Shangri-La. She convinced Mr. Gyalzur, who had built a profitable property development company in Zurich, to come too and use his business skills to employ orphans.

He decided to build a brewery after pining for something better than the weak local beer. His own first batches were not confidence-inspiring.

"The beer was not good. You couldn't drink it," he admits.

He had not compensated for the 3,160-metre elevation at Shangri-La. And the highland barley contained different sugars and enzymes that required different techniques.

"We did a lot of labs in the beginning," he said.

Then there were the legal problems. China has strict rules catered toward mass brewers that heavily restrict what small, so-called "fresh beer" makers can do. But Mr. Gyalzur discovered that local authorities wanted to help, in hopes his beer would create demand for Tibetan barley, whose cultivation they wanted to preserve.

With their backing, he invested $20-million to build a brewery capable of pouring out 200,000 hectolitres of beer a year (equivalent to nearly 1 per cent of all beer consumed in Canada in 2015) – and, by far, the biggest craft brewery in China.

Shangri-La Highland Craft Brewery began smaller volumes of mass production in December. Large numbers of its staff are orphans, and every beer uses the highland barley.

"It gives all of our beers a light, nutty taste," Mr. Gyalzur says.

Other brewers say Shangri-La has been notable, too, by finding a way to build a large operation inside the law.

"What he has done has been not just a great thing for craft beer, but it's also a very inspiring story," said Carl Setzer, one of the founders of Great Leap Brewing, which has three locations in Beijing. He has spent years speaking with government officials to make the case that small brewers need greater regulatory freedom, and he is optimistic that will happen.

"The market actually wants it, and it is an achievable goal at this point," he said.

If change comes, China's new brewers will have more latitude to explore their other challenge: making a distinctly Chinese beer, something recognizable like a West Coast IPA or a sake-inspired Japanese brew.

"When Chinese beers start going out to the rest of the world, having a Chinese flavour ingredient will help it stand apart," Mr. Li said.

First, though, China's new beer barons have to sell the local crowd on the intense flavours they're brewing. That means making sure quality standards stay high and, occasionally, employing some unorthodox marketing techniques.

WE Brewery is one of China's newest entrants, opening doors in March in Tianjin. To bring in customers, it holds yoga classes and salsa nights – hardly standard brewpub fare.

"My main goal is not really about the brewery, to make a million dollars or anything. It's to make Tianjin a better place in terms of culture," he said. "That means making it a place that's more open-minded. Most Chinese, they are not." 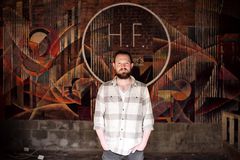 Even at China’s periphery, economic confidence is dwindling
March 24, 2016 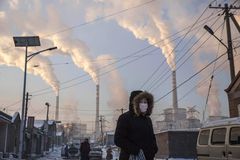