As the refugees sit patiently on the clinic's grimy floor, fanning their infant children in the stifling heat, the vaccinators are getting a lesson in destruction.

"You are the foot soldiers," the man from the World Health Organization tells the clinic workers.

He shows them a vaccine bottle with a green label. "If you see a purple cap, don't use it. We're going to collect it and destroy it. From today, there's no more. Are we clear about that?"

The vaccinators nod. This is a crucial moment in the global fight against polio, and here in northeastern Nigeria, they are at the front lines of the battle.

In a carefully synchronized move this week, the world's health workers stopped using their traditional three-strain oral polio vaccine and switched to a simpler and safer two-strain vaccine. It means that the world is one step closer to its first complete eradication of a human disease since smallpox was eliminated in 1980. The co-ordinated switch in 150 countries is being described as the biggest and fastest rollout of a vaccine in history. Experts call it a key element in the "polio endgame strategy" – an endgame that could lead to the eradication of polio worldwide by the end of the decade.

"It's a landmark, a milestone," said Gregory Agogo, the WHO official who was explaining the switch to the vaccinators at the refugee camp in Maiduguri this week. "But people don't like to change the status quo, so we need to supervise it."

Disposal will be an urgent issue. To make absolutely certain of the switch, the old vaccine will be taken to incinerators and burned at extreme temperatures of more than 800 degrees. They don't want any of the old vaccine to get into sewage systems, where it could infiltrate the water supply.

"To destroy it, we need to kill it completely," Mr. Agogo said. "We don't want it to get into the environment or the wrong hands. If children ingest it, they could get polio."

As recently as 2012, Nigeria was one of polio's last strongholds. In that year, it recorded more than half of all global cases. War-torn cities like Maiduguri, under siege by Boko Haram insurgents, were among the main sources of new polio cases. But after a huge campaign of immunization and education by thousands of health workers, the country hasn't experienced a single case of the wild polio virus since July, 2014.

Last September, the WHO announced that Nigeria had halted the transmission of wild polio, and the country was removed from the list of polio-endemic countries. By next year, the entire African region could be certified as polio-free, if no new cases occur.

This leaves only two countries – Afghanistan and Pakistan – where the wild polio virus is still circulating. And even in those countries, only 12 cases have been reported this year.

Until the switch this week, the vaccine was usually a trivalent vaccine, protecting against three types of wild polio virus. But one of the three strains – known as type 2 – is now considered to be eradicated, so the old vaccine is being replaced by a bivalent vaccine, which targets the remaining two strains.

In a few cases in the past, the weakened type 2 virus in the trivalent vaccine has mutated and caused "vaccine-derived" polio infections. By eliminating this strain from the vaccine, the risk of vaccine-derived polio will be drastically reduced. It will also boost the protection against the other two types.

Since 1988, the polio campaign has eliminated about 99 per cent of polio cases worldwide, but the final 1 per cent has stubbornly persisted, while the campaign has repeatedly missed targets for halting all transmission.

Now the campaigners are more optimistic. "We're closer than ever to ending polio worldwide, which is why we are able to move forward with the largest and fastest globally synchronized vaccine switch ever," WHO polio eradication director Michel Zaffran said in a statement. 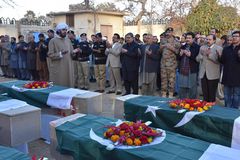 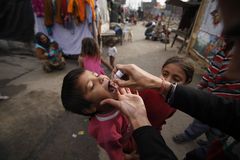