The wrath of Cuban exiles was so fierce in the 1990s that Hugo Cancio needed police protection.

Death threats and firebombs were hurled at anyone who dared placate, rather than denounce, Fidel Castro's government. And that is what Miami hardliners believed the concert promoter was doing as he brought Cuban musicians over to perform in Florida.

But today, with the rise of younger generations of immigrants in Florida and with a different Castro in charge in Havana, many Cuban-Americans appear ready to bury the hatchet. Whether they have first-hand memories of the revolution, or only heard stories from their parents, they are visiting the island in droves and say they are open to helping solve Cuba's problems.

"For the first time in 50 years we see an economic link between Miami and our homeland," said Mr. Cancio, who left the island at 15 in the 1980 Mariel boatlift and now spends half his time in Havana.

Mr. Cancio publishes OnCuba magazine, produced by Cuban staff out of a seaside office in the Cuban capital, and says his company hopes to develop other business there as political and legal circumstances allow.

The United States imposed a rigid trade embargo on Cuba and cut diplomatic ties in the early days of the 1959 revolution. The biggest change came in 2009, when President Barack Obama lifted restrictions on Cuban-Americans visiting the island and sending money to relatives there. An estimated 400,000 of them now travel back and forth a year, some multiple times, and send $2.7-billion (U.S.) to their families each year.

The ruling Communists have not abandoned central planning for the economy. But Cuban President Raul Castro, who took over from his ailing older brother Fidel Castro in 2008, has legalized small-scale private business. According to government figures, some 475,000 Cubans have become entrepreneurs.

Since credit doesn't exist on the island, seed capital for those businesses mainly comes from family abroad. And Cuba's effort to attract foreign capital – it passed a new investment law in March and opened a special development zone at Mariel last year – is floundering. So some in Miami's big Cuban-American community are considering a move that once would have been unthinkable. "Who better than us Cubans," Mr. Cancio said, "to go back to our own country and invest?"

Antonio Zamora, a 73-year-old Bay of Pigs veteran, also visits Cuba frequently. With the last memory of his homeland being a Havana prison cell before his 1962 release alongside other CIA-trained insurgents taken captive in the failed invasion, he made his first trip back in 1995. "I was really surprised the things we were told in Miami were really not happening in Cuba," Mr. Zamora said. "People were talking about a Cuban intifada – that people would go out and throw rocks and paint the walls with 'Down with Fidel.' I didn't see any of that."

But over the years, splinter groups had begun to appear, including one founded in 2001 by businessman Carlos Saladrigas, chairman and CEO of Regis HR Group. Sent to the U.S. as an unaccompanied child in the 1960s Pedro Pan program, he too now visits Cuba.

"The greater good, the welfare of the 11 million people on the island, should be our driving concern. And they demand we get past our rhetoric and past the conflict and begin to look for solutions," Mr. Saladrigas, 66, said after a reconciliation conference organized by his Cuba Study Group last month.

Even sugar baron Alfonso Fanjul has visited. Mr. Fanjul's family lost its business empire in Cuba in the revolution, but he became a symbol of success for Cuban exiles when he went on to amass even greater wealth and influence in the U.S. This year, the 76-year-old publicly expressed a desire to invest in the island and spoke of his hopes Washington and Havana could resolve their differences.

To explain their change of heart, some Cuban-Americans cite the Castro government's survival after more than five decades of U.S. attempts to undermine it. George W. Bush, who explicitly thanked Cuban-Americans for his narrow victory in Florida in the 2000 presidential election , helped tip the scales. "The biggest motivator for the change was the failure of the Bush administration to do anything," said Mr. Zamora, who now advises potential investors on Cuba's legal system. "That was devastating."

Raul Moas said people born in the U.S. have "pseudo-nostalgia" for the island. The 26-year-old Mr. Moas heads Roots of Hope, a group that connects Cuban-American youth with their counterparts across the Florida Straits. He visited the island in 2011. "Every single person I met told me I was as Cuban as they were and as soon as this chapter in our collective nation's history was closed, everything was going to be okay."

To close that "chapter" means overcoming two issues that affect the thinking of Cuban-Americans: Havana's human-rights record and Washington's embargo. Although people with roots on the island now travel to Cuba regularly, they remain highly critical of what they see there. The Communist Party has a tight grip, with opposition groups outlawed, dissidents detained and the Internet strictly controlled. Political reform is not yet on the agenda alongside economic reform.

Disdain for the Castro government also still runs deep, and whenever time finally catches up with 88-year-old Fidel Castro, Cuban-Americans will no doubt celebrate.

But even hardliners concede it's time to talk. "I don't say it's not time for negotiations," CANF director Tony Costa, 74, said. "We need to negotiate for freedom of the press, free elections, opposition parties."

Florida International University's Cuban Research has seen a general softening of attitudes over the years as they surveyed a random sampling of Cuban immigrants and their descendants. The latest poll of 1,000 Cuban-Americans in the greater Miami area found 52 per cent of respondents oppose the embargo. Younger people and those who arrived in the U.S. after 1995 opposed it in greater numbers. The FIU survey also found 68 per cent of Miami Cuban-Americans favour re-establishing diplomatic relations and 69 per cent support lifting restrictions on travel for all U.S. citizens. Support, again, was higher among younger people.

"The taboo of travel to the island, the taboo of talking about reconciliation, the taboo of openly debating the embargo – these have all disappeared over the last four or five years," said Ricardo Herrero, whose advocacy group CubaNow launched an ad campaign this month against Florida politicians who would roll back the 2009 Obama policy on travel and remittances.

Mr. Cancio, the 50-year-old music promoter who last year launched a second magazine, Art OnCuba, agreed. Although concerts by Cuban performers still occasionally draw peaceful protest, he believes the hardliners' time is up. "There's a new generation in town," he said. "That generation is the future of Cuba. That generation is the one that is going to bring about change."

No appeal of Canadian’s jail sentence in Cuba may open door to return: lawyer
October 5, 2014 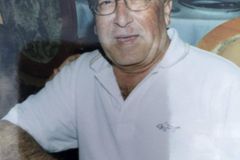