Critics of foreign aid have always liked to portray Africa as the hopeless continent, a sinkhole for aid, where foreign donations disappear without a trace. But new data show just how wrong this assumption has become.

While sub-Saharan Africa still has the world's highest rate of child mortality, it has dramatically improved the health of its children over the past decade, new figures show. In fact, the rate of improvement in Africa is accelerating – it has doubled in the past decade, compared to the previous decade.

Perhaps most impressive is where those gains are happening. Of the five countries with the greatest absolute reduction in child mortality last year, four of them were impoverished African countries: Niger, Liberia, Sierra Leone and Malawi.

The encouraging news is contained in the latest annual report by UNICEF and the World Health Organization, which found a dramatic decline in the global death rate of children under the age of five. Last year, there were 7.6 million child deaths in the world, far less than the 12 million children who died in 1990. This means that 12,000 fewer children are dying every day.

Significantly, the improvements were largely due to the kinds of policies that foreign aid has targeted: better access to health care for newborns, improved access to vaccines, cleaner water, better nutrition and better treatment of childhood diseases.

"This is proof that investing in children's health is money well spent, and a sign that we need to accelerate that investment through the coming years," said Margaret Chan, director general of the World Health Organization, in a statement this week.

Of course foreign aid is far from the only reason for the improvement. Africa's economy has expanded at a rapid pace for most of the past decade, the number of wars is declining, and African governments are reforming their policies in the right direction. In Sierra Leone, for example, the government this year eliminated all fees for child and maternal health, leading to a substantial decline in child mortality.

The latest numbers make it clear that Africa is much less hopeless than the critics believe. "The news that the rate of child mortality in sub-Saharan Africa is declining twice as fast as it was a decade ago shows that we can make progress even in the poorest places," said a statement by UNICEF executive director Anthony Lake.

There are still huge challenges ahead. Despite the improvement, about 21,000 children are still dying daily of preventable causes around the world. And the situation in famine-hit Somalia remains grim. The latest UN figures show that Somalia now has the world's highest rate of child mortality: 180 deaths for every 1,000 live births.

Child deaths are likely to rise as the Somalia famine deepens, and the onset of the rainy season next month is expected to bring a spike in measles and pneumonia cases. One region of Somalia, the Bay region, already has an astonishing 58 per cent rate of acute malnutrition among its children – nearly four times worse than the emergency threshold of 15 per cent.

"We need a serious investment in Somalia's future to make sure that anything like the current crisis never happens again," said Rozanne Chorlton, the UNICEF representative in Somalia. 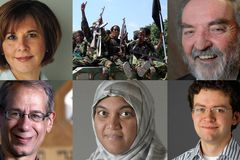