Australian Prime Minister Tony Abbott says there is a way to put an end to the tragic deaths of migrants making the perilous journey from North Africa to Europe.

His advice to the European Union: Follow Australia's example and send the boats back.

"We have got hundreds, maybe thousands of people drowning in the attempts to get from Africa to Europe," Mr. Abbott said on Tuesday. The "only way you can stop the deaths is in fact to stop the boats," he said.

A former fishing trawler carrying migrants capsized in the Mediterranean on Sunday. More than 800 people are feared dead. The Tunisian captain has been charged by Italian officials with reckless multiple homicide.

Mr. Abbott's comments on Tuesday put the spotlight on a robust military-led operation to stem the flow of migrants and asylum-seekers trying to reach Australia's shore. In 2014, a Lowy Institute poll found 71 per cent public support for the policy. But it has also come under strong criticism.

Operation Sovereign Borders is a military-led policy of intercepting boats carrying economic migrants and asylum-seekers to Australia. It was put in place in September, 2013, and fulfilled an election promise by Mr. Abbott to turn back boats.

It is not the first time Australia has put in place such a policy. The government of John Howard did the same in 2001. During his tenure, four of 14 intercepted boats were turned back.

Earlier this year, the Abbott government said it turned back 15 boats carrying 429 asylum-seekers. It says it is protecting its borders, stopping people smugglers and saving lives by discouraging people who would attempt to make the perilous journey from countries such as Iraq, Iran, Sri Lanka, Pakistan and Indonesia.

Navy vessels are authorized to remove boats that have illegally entered Australian waters. That means turning them back and forcing them to make their own way to a neighbouring country such as Indonesia. It can also mean boats being towed back to where they started from.

In some cases, the turning back of boats is co-ordinated with a local authority on the Indonesian side, but that is not always the case. Boats have been turned back to mainly two countries – Indonesia and Sri Lanka.

Australia is running a public campaign that aims to send a strong message to would-be asylum-seekers arriving by boat: "No way: you will not make Australia home," reads the poster that has been translated in to 17 languages. A message is also being sent to ethnic communities inside Australia: "If your family and friends get on a boat without a visa, they will not end up in Australia," an English-language poster reads.

In some cases, people travelling to Australia by boat are being taken to controversial offshore processing centres in the tiny central Pacific island nation of Nauru and in Papua New Guinea.

Since the start of Operation Sovereign Borders, 2,122 people, including families with young children, have been transferred to the two processing centres. The Australian government spends $1.13-billion a year on all its offshore processing centres.

As part of its public campaign to discourage people from trying to arrive on boats, the government warns that would-be asylum-seekers would spend a lengthy period at a centre waiting for their claims to be processed. If they are found to be genuine refugees, they are resettled in the countries where the processing centres are run – Nauru and Papua New Guinea – or in Cambodia, following an agreement between the two countries in 2014.

A leaked 2014 report obtained by The Guardian showed that nearly 50 per cent of detainees were about to fall into a category of detainees who have spent seven to 12 months waiting. The study also points to rising cases of self-harm.

The centres have been plagued by poor living conditions, protests, unrest, deaths and reports of rape, according to human-rights groups.

Detainees can voluntarily return home, as 497 have since 2013. Often, that means returning to unstable and conflict-ridden countries. As of March, 2015, 1,707 detainees were waiting for their claims to be processed.

Australia witnessed a significant spike in the number of asylum-seekers arriving by boat beginning in 2012. In 2013, 20,719 people had successfully reached Australia by sea.

The first full year of operations since the start of Operation Sovereign Borders was 2014. In that year, 164 people reached Australia by boat.

Australia is presenting itself as a model for other countries to follow – including the European Union. It says it is achieving two main objectives: ending the people-smuggling trade to Australia and focusing on refugee cases involving people who do not have thousands of dollars to pay smugglers to come to Australia by boat.

Mr. Abbott's advice to the EU is to follow his example: By turning back boats and putting a stop to the people-smuggling trade – which relies on people to pay large sums – countries can reduce the number of deaths at sea.

The Australian policy has rankled neighbours. Indonesia rejects the policy and says it fails to deliver a comprehensive solution to the problem of migrant boats.

But the main criticism of the Australian policy to turn back boats focuses on the country's obligations under international refugee law.

Critics argue that Australia is not following the spirit and letter of the 1951 Refugee Convention, and that once asylum-seekers enter Australian waters, they should be allowed to disembark and have access to asylum procedures.

Other criticisms focus on the processing centres. A United Nations report in March found that Australia's treatment of detainees was violating some parts of the international convention against torture because living conditions, detention of children and cases of violence failed to protect detainees from cruel, inhumane and degrading treatment. Mr. Abbott said in the wake of the report that Australians were "sick of being lectured" on immigration.

The main argument of the Abbott government is that its policy saves lives.

But a University of Queensland study this year looking at the policy of turning back boats questions that argument and instead suggests that going back to 2001 as many as eight people have died in cases of self-harm, drowning and explosions relating to engine sabotage in order to avoid being forced to return to their home country.

Canada has a long history of migrants and refugees attempting to arrive by boat. Indian Sikhs on the ship Komagata Maru were turned back in 1914. In 1939, 936 Jewish refugees on the SS St. Louis were refused entry to Canada and sent back to Europe, where many perished in concentration camps.

In recent years, high-profile cases of Tamils trying to reach Canada by ship in 2009 (MV Ocean Lady) and 2010 (MV Sun Sea) have prompted the Canadian government to act.

In 2012, Parliament passed the Protecting Canada's Immigration System Act. It does not implement an Australian-style system of turning back boats. But it does send a strong message: People trying to arrive by boat could be seen as exploiting Canada's refugee and immigration system and face consequences.

The changes in the law authorize the Minister of Public Safety to designate two or more individuals as "irregular arrivals" if there is suspicion of people smuggling. If individuals are 16 years old or older, they can be detained for up to a year.

Also, they could face a five-year ban on applying for permanent residency, any sponsorship of family and access to a refugee travel document. 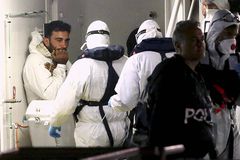 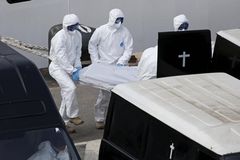 Latest shipwreck claims up to 700 migrants on the Mediterranean
April 19, 2015 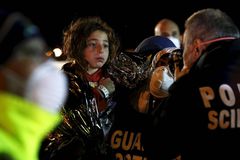