Morten Jerven, a mild-mannered Vancouver professor, didn't expect much publicity for his scholarly tome on statistics. He blinked in surprise when he realized his academic book had triggered an eruption of outrage across Africa.

Prof. Jerven, an economic historian at Simon Fraser University, has become the bête noire of some of Africa's most powerful officials. They have denounced him as a "hired gun" who wants to "discredit" African governments. They insist he must be "stopped in his tracks." And their furious pressure has already gotten him banned from two international conferences this year.

He ignited the uproar by tackling an unusual taboo: the quality of African statistics. His four years of research – including many visits to the offices of African data agencies – has cast serious doubt on the "Africa Rising" narrative and its much-hyped claims about African development and economic growth.

Prof. Jerven admits that the unexpected political controversy has given him "a little thrill" – but also "a little trepidation" as he wondered how his opponents intended to stop him. He continues to defend his book, hoping to spark a bigger debate on the world's assumptions about African growth.

Prof. Jerven's basic argument is this: Even the most basic African economic statistics cannot be fully trusted, because they are often riddled with major flaws and wild inconsistencies. And if those numbers are dubious, everyone from foreign aid donors to global lending agencies needs to reconsider their assumptions about Africa. His book, Poor Numbers, concludes that African statistics are much more questionable than anyone realized – a "black box" of uncertainty, resulting in "governance by ignorance."

Even the simplest numbers on Gross Domestic Product, for example, are undermined by "huge discrepancies and alarming gaps," he says. "The data are unreliable and potentially misleading."

When he visited African statistical offices, he often found them in disarray. Their top directors refused to respond to his requests for meetings, their staff sometimes could not provide basic data, and one bureaucrat manhandled him and threw him out of a statistical office in an East African country (he won't say which one).

The statistics matter, he says, because they can have a huge impact on government policies, foreign aid, international credit and other key issues. In his book, Prof. Jerven cites the case of Malawi, where farm harvest numbers were apparently exaggerated to convince donors to keep financing fertilizer and seed programs. He cites Nigeria, where population numbers – until recently – were so unreliable that nobody knew how many vaccinations or schools were needed.

And as the book points out, Liberia is either the second-poorest country in Africa – or richer than most African countries, depending on whose data you believe.

The inaccuracies became obvious when Ghana updated its economic numbers in 2010, and its GDP was suddenly raised by 60 per cent, making it officially a "middle-income country" for the first time. Nigeria is on the verge of a similar revision to its GDP, and its economy will also seem dramatically bigger overnight.

Prof. Jerven's book has been praised by economists and other experts. Bill Gates, the Microsoft billionaire who has become a leading philanthropist in Africa, says the book "makes a strong case" for casting doubt on official GDP numbers. "We need to devote greater resources to getting basic GDP numbers right," Mr. Gates wrote in response to the book. "The better tools we have for measuring progress, the more we can ensure that those investments reach the people who need them the most."

But the reaction from some African governments has been anything but positive. Many were embarrassed to see their weaknesses exposed. Others are sensitive to any foreign criticism, seeing it as a throwback to the colonial era.

Prof. Jerven's critics, led by South African statistician-general Pali Lehohla, pressured a United Nations economic commission to remove him from the speaking list at a conference in September in Addis Ababa. They also objected to him speaking publicly at a conference in Paris in May, so his session was postponed and moved behind closed doors.

"Morten Jerven will hijack the African statistical development program unless he is stopped in his tracks," Mr. Lehohla told an interviewer from the Royal African Society in London.

"We shall not be labeled a pitiful sight," he added on a South African website.

Zambia's central statistical office went further: It issued a 13-page statement, attacking Prof. Jerven as a "hired gun" with a "hidden agenda" to "discredit" African officials. Although it acknowledged that many of his criticisms were correct, it complained of his "sweeping and sensational conclusions." It accused him of "sneaking in" to government offices and "taking advantage" of junior statisticians without trying to confirm his findings with the top managers. "This is extremely unethical," the office said.

Prof. Jerven, a 35-year-old Norwegian who moved to Canada in 2009, rejects the criticism of his research methods. He didn't sneak into any offices, he says. He walked in through the main doors, because he always had an invitation from at least one person in the statistical offices, even though the top directors failed to respond to his letters.

Any challenge to the status quo "is considered a threat," which is why the African bureaucrats are so furious, he says. "Maybe Lehohla and other statisticians are worried that I am standing between them and another payday."

The controversy has been "intense and frustrating," he says, but most of the reaction to his research has been positive. His book, crucially, is now leading to significant reforms. The African Development Bank, for example, has sent a mission to Lusaka to launch a review of Zambia's statistical programs.

Even his sharpest critics may eventually be willing to back down. The Globe and Mail has learned that a group of leading African statisticians, including Mr. Lehohla, has agreed to a private meeting with Prof. Jerven early next year in Botswana – and both sides seem ready to resolve their battle.

South Africa’s ‘Mother of the Nation’ a tarnished icon
November 7, 2013 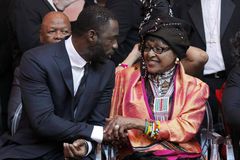 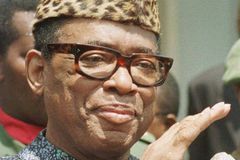