The allegations of sexual misconduct that have swirled around Bill Cosby for years came to a head Wednesday as he was charged with sexually assaulting a Canadian woman in Pennsylvania, the first time he has ever faced criminal charges despite dozens of public accusations.

Mr. Cosby, a 78-year-old comedian and actor, appeared in court outside Philadelphia and was released after posting a $1-million (U.S.) bond. He is accused of three counts of aggravated indecent assault, including an allegation of administering drugs to overcome resistance.

The charges stem from an incident in the period of January to February, 2004, more than a decade ago, and could carry a penalty of five to 10 years in prison if Mr. Cosby is found guilty. His attorney said the charge is unjustified and that she expects Mr. Cosby to be exonerated.

The victim is named in the court filings as Andrea Constand, a Canadian massage therapist who at the time worked at Temple University, Mr. Cosby's alma mater, where she was director of operations for the women's basketball team.

Ms. Constand, a former top collegiate basketball player herself, stopped briefly to speak while out for a walk in downtown Toronto Wednesday, but declined to say anything about the case or the charges.

"I won't be commenting," she said.

Ms. Constand settled a civil case against Mr. Cosby in 2006 for an undisclosed amount. She is one of more than 50 women who have come forward to accuse Mr. Cosby of assaulting them. In most of those cases, though, the statute of limitations has passed.

The case against Mr. Cosby in Pennsylvania was filed just before the statute of limitations was due to lapse in January.

"Today, after examination of all the evidence, we are able to seek justice on behalf of the victim," Kevin Steele, the newly elected county district attorney, told a news conference Wednesday.

The documents filed in court indicate that Ms. Constand first spoke to Ontario's Durham Regional Police in January, 2005, roughly a year after the incident in question. They relayed her account to police in Pennsylvania, which led them to open a criminal investigation. That investigation was re-opened in July of this year when new information came to light.

According to the documents, Ms. Constand went to Mr. Cosby's home in Cheltenham, Penn., one evening in January or February, 2004, to discuss her career. She had known Mr. Cosby through her work at the university and considered him a mentor. He, however, said in testimony during the civil case that he developed a romantic interest in her from the first time he saw her at a Temple basketball game.

The police affidavit of probable cause states that Mr. Cosby offered her three pills to help her relax that night and encouraged her to drink some wine. Within about 30 minutes Ms. Constand said, she began to feel dizzy, had blurred vision and her legs were like jelly.

Mr. Cosby is then alleged to have committed a sexual assault. He has said the encounter was consensual.

"At no time did the victim provide her consent. She could not move or speak and was, in her words, 'frozen' and 'paralyzed,'" the affidavit says. "Because she was fluctuating in and out of consciousness, the victim was legally incapable of consenting to Cosby's actions."

The police say one of the most significant factors they considered was Mr. Cosby's changing account of the nature of the pills he gave Ms. Constand, from something herbal (which Mr. Cosby denies saying), to prescription medicine, to Benadryl. The document also states that Mr. Cosby admitted in his deposition related to the civil suit that he previously gave Quaaludes to a woman "in anticipation of having sex with her." He also obtained seven prescriptions for Quaaludes that he did not personally ingest, nor did he ever intend to ingest, the affidavit states.

After the alleged incident, Ms. Constand's mother spoke to Mr. Cosby, who apologized and offered to fly Ms. Constand and her mother to Florida to discuss the situation, according to the affidavit. It also alleges that he offered to pay Ms. Constand's way through graduate school.

"Investigators recognize that individuals who are falsely accused of sexual assault generally do not unilaterally offer generous financial assistance, and apologies, to their accuser and their accuser's family," the affidavit states.

"In Pennsylvania, there is now a journey to justice, said Gloria Allred, a lawyer who has represented 29 of Cosby's accusers, said at a news conference in Los Angeles. She said many of her clients, some of whom have brought civil actions of their own against Mr. Cosby, would be willing to testify against him if the criminal case reaches trial.

"Probably it is going to be the highest-profile criminal case in this country, at least involving a celebrity," Ms. Allred said.

A key question if the case goes to trial is whether the judge will allow supporting testimony from other accusers to show similar "bad acts," even though it is too late to bring charges in most, if not all, of those instances. The judge could decide such testimony would be unfair.

The accusations have shocked Mr. Cosby's fans and crushed his reputation as an entertainer and father figure. 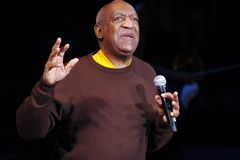 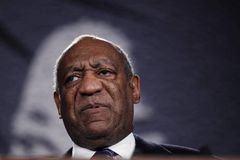 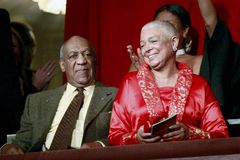