When she mustered the courage to accuse Jacob Zuma of rape, the woman known as Khwezi was hounded out of South Africa. Her home was torched. Mobs of Zuma supporters laid siege to the court and set fire to a photo of her, screaming: "Burn this bitch."

She fled into exile and died in anonymity. But now, in a remarkable reversal, a sympathetic biography of Khwezi has brought her back to prominence, igniting a national debate over rape culture and sexual violence.

Just two weeks after its publication, the book has already become the biggest seller of the year in South Africa, reflecting a dramatic change in social attitudes here.

In the decade since the Zuma trial, the country's high rates of sexual assault and the frequent impunity of its perpetrators have become a horrific public issue. A year after her death, Khwezi is now seen as a hero and a symbol of a national crisis.

Mr. Zuma, who was deputy leader of South Africa's ruling party at the time of the rape charges, was acquitted at the 2006 trial after he testified that it was a consensual encounter. Three years later, he became the country's President and has won two majorities, while his supporters claimed scornfully that Khwezi "enjoyed" her encounter with him.

Most South Africans knew little about his accuser. She was given the name Khwezi to protect her identity during the rape trial. She fell into obscurity, spending most of the following decade in exile in the Netherlands and Tanzania. She eventually returned to South Africa, where she died last October.

Her real name was Fezekile Ntsukela Kuzwayo. She was the daughter of an anti-apartheid leader who had been a close friend of Mr. Zuma.

The powerful and poignant book about her, written by radio broadcaster Redi Tlhabi, has sold more than 10,000 copies and gone into a third printing in just two weeks – a remarkable record in a country where a bestseller might be lucky to reach that total in a year.

Its official launch this week drew a crowd of 600 people, filling an entire wing of a Johannesburg shopping mall with the atmosphere of a political rally. It was the largest-ever crowd at a South African book launch, according to the chief executive of the country's biggest chain of book retailers.

The book contains new revelations about the Zuma rape trial and about Mr. Zuma himself, including an allegation that he forced himself on a female journalist in his home in 2009. (The President's office has refused to comment on the allegation.) It also documents the dubious tactics of Mr. Zuma's lawyers, who obtained Khwezi's private diary and claimed she had "consented" to sex when she was raped as a five-year-old. And it analyzes the history of sexual violence in South Africa over many decades, in the apartheid police and even in the anti-apartheid movement.

"Liberators and oppressors had something in common: their propensity for violence and demand for women's bodies," the book says. "Two enemies, polarized by politics, yet in agreement that the female body was theirs to take. Sexual violence was part of the DNA of the struggle. It is in society's DNA today."

The book's impact has been even more explosive because Mr. Zuma is trying to orchestrate a political victory by his ex-wife, the former African Union leader Nkosazana Dlamini-Zuma, in the race to succeed him as leader of South Africa's ruling party when he steps down in December.

One of Ms. Dlamini-Zuma's main rivals in the race, Zweli Mkhize, has issued his own lengthy statement about the book, recalling his shock when Mr. Zuma told him that he had made "a terrible mistake" with Khwezi, who "was like a daughter to both of us." He said it had been painful to witness the "public humiliation and ridicule" of Khwezi at the trial.

Within days of the book's publication, Ms. Tlhabi's popular Twitter feed was hijacked by unknown hackers and she has been unable to regain control of it. She has described the hacking as a sophisticated operation, and some South African journalists believe it was engineered by the country's security agencies, which are loyal to Mr. Zuma.

There are no reliable statistics on the full extent of sexual assault in South Africa, but all the evidence suggests it is disturbingly common, as it is in many countries. The perpetrators are rarely reported to the police and even more rarely convicted.

One survey of 2,600 men, conducted in the impoverished township of Diepsloot, near Johannesburg, found that 38 per cent admitted that they had used force or the threat of force to obtain sex in the previous year. Another survey in Gauteng, the country's most populous province, found that 25 per cent of women had suffered rape at least once.

One reason for the impunity of the perpetrators is the hostility and intimidation that is directed at women who report rape. The book's author, Ms. Tlhabi, says the targeting of Khwezi by the Zuma supporters during the rape trial amounted to a "lynching" that should shame the country.

She says she felt sickened when she reviewed the transcript of the 2006 Zuma trial, especially when Mr. Zuma's lawyers dredged up Khwezi's childhood history and suggested that she had given consent for sex as a child.

Ms. Tlhabi recalled how, as a broadcaster discussing the trial on South African radio in 2006, she became the target of rape threats herself, which left her so traumatized that she had to stop working temporarily. 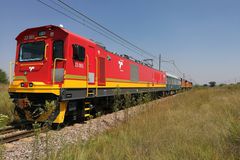 South African opposition calls for new election
August 9, 2017
South Africa’s Zuma survives no-confidence vote despite secret ballot
August 8, 2017
Follow Geoffrey York on Twitter @geoffreyyork
Report an error Editorial code of conduct
Due to technical reasons, we have temporarily removed commenting from our articles. We hope to have this fixed soon. Thank you for your patience. If you are looking to give feedback on our new site, please send it along to feedback@globeandmail.com. If you want to write a letter to the editor, please forward to letters@globeandmail.com.
Comments