The Islamist radical group Boko Haram has launched a co-ordinated wave of bold attacks in northeastern Nigeria, sending hundreds of heavily armed fighters into the region's biggest city and other strategic targets, including a key military base.

Fierce fighting was continuing on Sunday night as several hundred Nigerian troops, backed by warplanes, struggled to regain control of their military garrison at Monguno, one of the last defences on the road to Maiduguri, the besieged capital of Borno State. Troops were also defending Maiduguri's airport from a separate Boko Haram attack on Sunday night.

If the Islamist militants are able to hold on to Monguno and its arsenal of weapons against the military's counterattack, it would be a major blow to the Nigerian military and another victory for Boko Haram as it advances on Maiduguri, about 140 kilometres from the garrison. Boko Haram captured another key Nigerian military base, near the town of Baga on the Chad border, just three weeks ago.

Boko Haram's control of the Monguno military base would be another step toward encircling the state capital, a strategically crucial city. While the Boko Haram attack on Maiduguri was beaten back, hundreds of Nigerian troops withdrew from Monguno on Sunday after the simultaneous attack there.

"They fought all night long, but Boko Haram overwhelmed them," said Hamza Idris, a Nigerian journalist in the state capital. "Maiduguri is now vulnerable to attack," he said in a telephone interview.

A military spokesman said the soldiers withdrew from Monguno after a brigade commander and other troops were wounded in the fighting.

Mr. Kerry made it clear that U.S. military aid to Nigeria to fight Boko Haram will depend on whether the Feb. 14 election is peaceful and honest. "We are prepared to do more, but our ability to do more will depend to some degree on the full measure of credibility, accountability, transparency and peacefulness of this election," Mr. Kerry told reporters on Sunday.

A day earlier, Mr. Jonathan had visited Maiduguri, guarded by hundreds of police and soldiers as he vowed to crush the Boko Haram rebellion. Yet within a few hours, Boko Haram was audaciously assaulting the city and other targets, forcing the army to use warplanes and ground forces to defend the city.

Residents of Maiduguri said they could hear explosions and gunshots on the city's outskirts. Dozens of soldiers and militants were dead or wounded, they said.

Boko Haram, which has already captured as much as 20 per cent of Nigerian territory, has been targeting Maiduguri for years, seeking to make it the capital of a self-proclaimed Islamist caliphate. The city of about two million people is the main trading hub of northeastern Nigeria, and it shelters many thousands of people who were forced from their homes in the region.

The attacks on Sunday have left hundreds of thousands of civilians at "grave risk," with their only escape route from Maiduguri now in danger of being cut off by fighting, Amnesty International said. The residents face a potentially "disastrous humanitarian crisis" if fighting continues, Amnesty said.

"If the military doesn't succeed in stopping Boko Haram's advance, they may be trapped with nowhere else to turn," said a statement by Netsanet Belay, the Africa director for Amnesty.

On Sunday morning, Nigeria's military headquarters posted a bulletin on its Twitter account: "FLASH: Troops are repelling a simultaneous attack on Monguno and Maiduguri by terrorists. Co-ordinated air and land Ops being conducted now."

It announced a 24-hour curfew in Maiduguri, leaving the streets largely empty.

Although a Boko Haram assault on Maiduguri has long been feared, the attacks on Sunday may have been a diversion to pin down Nigerian troops while the main force of Boko Haram fighters targeted the military garrison at Monguno.

Ryan Cummings, a security analyst who studies Boko Haram, said the attacks on Sunday "may be an attempt by the sect to test Maiduguri's peripheral defence, ahead of a larger-scale and more co-ordinated attack."

After Boko Haram's capture of the Baga military base and its massacre of hundreds of villagers around the base, West African countries have begun discussing a possible regional coalition to fight Boko Haram, but there could be severe logistical problems in the remote region.

The attack on Monguno suggests that Boko Haram is seeking to capture weapons to expand its operations, Mr. Cummings said in an interview.

"Boko Haram is overtly focusing on armouries and security facilities in the northeast as a means of accessing arms," he said. "This could mean they are arming themselves ahead of the regional counterinsurgency operation, or they are planning to launch a major offensive imminently." 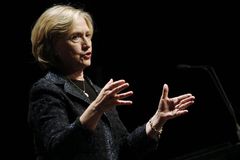 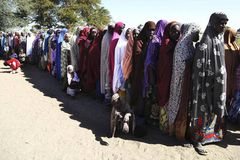 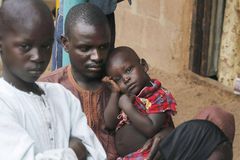