Brazil's Ministry of Health has linked an epidemic of babies born with a severe birth defect to a mosquito-borne virus that was previously thought to cause only rashes and fever.

The spike in microcephaly, abnormally small head size that causes developmental delays, in recent months has left health authorities scrambling for a solution and raised questions about how far this virus may spread in the Americas and what other damaging effects it might cause.

At least 1,248 babies have been born in Brazil with microcephaly this year, prompting widespread anxiety among pregnant women. The worst-affected state, Pernambuco, in the northeast – which has seen 646 babies born with the defect, compared with 12 in all of 2014 – has declared a state of emergency.

Zika virus is carried by the Aedes aegypti mosquito, and as Brazil heads into a warm, wet summer, cases are expected to rise. But the government has few solutions to offer – there are already widespread mosquito-control campaigns, aimed at reducing the spread of the related dengue virus, and these have proved to be of limited effect.

"In all my years as a doctor, I have never seen an epidemic this dramatic," said Kleber Luz, an expert in infectious disease at the Federal University of Rio Grande do Norte in Natal who has been in practice for three decades. "With a dengue epidemic, we put together a team to hydrate people, take care of the symptoms until they get better. With this, by the time we [know about it], there's nothing we can do. We're only there to pick up the pieces."

A senior government health official has suggested that women just should not have babies. "Don't get pregnant now: That's the most rational advice I can give," Claudio Maierovitch, the director of the communicable disease surveillance department at the Ministry of Health, told reporters.

Ana Paula Portella, a sociologist at the Federal University of Pernambuco who has been watching the Zika panic unfold, deplored that response. "A recommendation like this is, in fact, a declaration of incompetence, of inability to deal with the control and the prevention of diseases that are transmitted by mosquitoes."

Zika is a flavivirus, like dengue and West Nile fevers. While dengue can be fatal and has been causing epidemics in Brazil for decades, Zika was first reported here last year. Until now, health authorities believed that it was a mild disease: In 75 per cent of those infected, it causes no symptoms, and rash and five days of fever in others. It was reported only in Africa and the Pacific islands until 2014, when it began to be spread in Latin America.

Now the rapid spread of the virus, and the sudden emergence of this co-relation with microcephaly, raises many questions about Zika. The birth defect could be occurring in poorer countries that lack Brazil's strong health surveillance, for example, but not yet being reported.

It's not clear how far Zika will spread – dengue has already been reported in the United States. And Celso Granato, an infectious-disease expert at Grupo Fleury, a medical research institute in Sao Paulo, said this unanticipated connection between microcephaly and Zika makes him wonder what else this or other similar viruses might cause.

The World Health Organization put out a global alert this week about Zika, warning of the connection with microcephaly.

Marcos Espinal, who heads the department of communicable diseases and health analysis at the Pan American Health Organization, said he does not believe that the situation merits "a strong panic." It is too early to definitively call Zika the cause of the neurological conditions, he added.

On Oct. 22, Dr. Luz, the infectious disease specialist, received a startling call from a colleague in neighbouring Pernambuco, saying doctors reported 26 babies born with microcephaly in a week, when normally they see seven cases in a year. He soon learned there were 11 cases in his own state.

After ruling out the most common causes of the abnormality, they realized that 80 per cent of the mothers of the affected babies had reported severe rashes, a hallmark symptom of Zika. Dr. Luz called the federal Ministry of Health, as well as colleagues across the country, to raise the alarm.

A month later, the ministry confirmed that there was a correlation between infection with Zika virus and the birth defect, after doctors isolated the virus in amniotic fluid and in tissue from babies who had been born with microcephaly.

While the ministry has since backtracked on the don't-get-pregnant advice, experts are nevertheless counselling women in the states with Zika outbreaks that this is not the best time to conceive. "If people can wait a little bit until we have more information, maybe it would be more prudent," Dr. Granato said.

That advice, of course, is of little use to women who are already pregnant. "They are in panic," said Renato Sa, an obstetrician in Rio de Janeiro. He said he has patients who have been trying to conceive for years and were starting in-vitro fertilization who have abandoned the quest, and the ones who are pregnant deluge him in anxious WhatsApp messages.

Babies with microcephaly have a head measuring less than 33 centimetres in circumference; the condition is associated with a shortened life expectancy and developmental delays that range from moderate to severe. It typically occurs in 5.6 births out of every 100,000 in Brazil, but since October is being reported in 99.7 of every 100,000 births.

Brazil does widespread public education on mosquito control, sends inspectors to homes to show people where there are overlooked breeding sites (in forgotten children's toys in the yard, or the drip trays under air conditioners, for example) and is exploring new methods such as genetic modification to control mosquitoes. But dengue fever cases are nevertheless up nearly 200 per cent this year, linked in part to climate change.

Manuela Andreoni is a freelance writer. 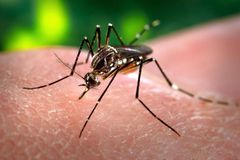 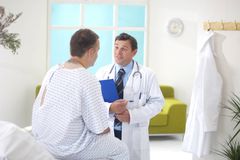 Follow Stephanie Nolen,  on Twitter @snolen
Report an error Editorial code of conduct
Due to technical reasons, we have temporarily removed commenting from our articles. We hope to have this fixed soon. Thank you for your patience. If you are looking to give feedback on our new site, please send it along to feedback@globeandmail.com. If you want to write a letter to the editor, please forward to letters@globeandmail.com.
Comments