Brazil is abuzz over the batalha das biografias – battle of the biographies – and the fight is getting hotter, with some of the country's most revered musicians wading in.

Brazil's Congress is expected to vote soon on a law that would protect the right of an author to publish an unauthorized biography of someone famous – which is currently impossible, because of an ambiguously worded civil code and a spate of pro-celebrity legal precedents.

Leading Brazilian publishers have a case before the Supreme Court, trying to get the biography ban repealed. This month, a group of musician-activist legends including Chico Buarque, Gilberto Gil and Caetano Veloso announced they had joined together to try to keep the ban in place – and now they have sought amicus curiae status on the Supreme Court case. That makes artists who were once persecuted and even exiled by the country's military dictatorship the public face of an effort to limit freedom of expression.

"For Chico Buarque – the most censored artist in Brazil – who lived underground and used a fake name – for him to oppose this, well I thought I'd seen everything but I could never have imagined this," said Deborah Sztajnberg, an entertainment lawyer and expert on the unauthorized biography issue.

The new law, put forward by a member of Congress named Newton Lima, would seek to legislate the same outcome that the publishers are trying to achieve in the courts. Ms. Sztajnberg said she doubts the new law will pass the conservative Congress, however – particularly when the artists, legends of the "Tropicalismo" music, art and poetry movement – command such huge popular support.

Among the authors caught up in this fight is Canadian Isabel Vincent, who spent four years researching Gilded Lily, a biography of Brazilian businesswoman and philanthropist Lily Safra. A member of Ms. Safra's family got an injunction against the book's sale before Ms. Vincent even had a Brazilian publisher signed up to do a Portuguese edition, on the grounds that the biography is unauthorized and that she libelled Ms. Safra's brother.

Ms. Vincent says her research and sources back up all the statements in the book about the man in question (who is, in any, case dead) and she could have proved it in court – if she had even been informed there was a hearing about her book. Her New York publisher, Harper Collins, faces a fine of 100 reais, about $45, for any copies of Ms. Vincent's book distributed in the country, in print or digital format.

Ms. Vincent said she developed a healthy respect for Brazil's fearless press when she served as a Rio-based foreign correspondent (for this newspaper) in the 1990s, and she wonders what's happening to the country now. "This is the biggest democracy in Latin America," she said in a telephone interview from New York, where she now works. "They really should start acting like it."

The defenders of the biography ban have two arguments: first, that unauthorized works violate the right to privacy protected in Brazil's constitution, and second that it is unfair that the author of a biography earns money off the book that she or he does not have to share with the subject.

Mr. Buarque, after fumbling a few interviews, isn't talking to the press, but not long ago he told Folha de Sao Paulo, "Some artists, some citizens, some actors would want to preserve their privacy. I don't think that's an aberration, I think it's a right."

He and the other artists have formed an alliance called Procure Saber, which translates roughly as Get Informed; their spokesperson is Paula Lavigne, a music producer and the ex-wife of composer and guitarist Caetano Veloso. Damage awards for defamation are "ridiculous" in Brazil, she recently told reporters, and act as no deterrent to a sensationalist biographer – so a celebrity who is defamed has no recourse but to stop a book before it's published.

There is some hint of which way the Supreme Court might rule, because Chief Justice Joaquim Barbosa spoke about the issue at a recent international conference of investigative journalists held in Rio. "I don't think it's reasonable to take the book away from the market," he said. "The ideal would be the total freedom of publication, with each party assuming the risks."

He also expressed sympathy with the potential subjects of biographies: "I feel a certain discomfort in the following situation: a great artist, a great musician, composer, who is still living and sees, suddenly, a devastating biography about their life, their intimate life." The solution, he said, was serious damage awards in cases found to be libellous, which would deter flippant violations of privacy.

The issue didn't get much attention until 2006, when historian Paulo Cesar de Araujo published a biography of Roberto Carlos, a nationally beloved figure described by Ms. Sztajnberg – who was Mr. de Aurajo's lawyer – as "the Brazilian Frank Sinatra."

Mr. de Araujo's book is not particularly critical, and Mr. Carlos was fully aware it was in progress for 15 years, although he always backed out of promises to be interviewed. But within months of its publication, the singer filed both a civil suit – winning an immediate injunction that had the books yanked off store shelves – and a criminal one, in which he alleged the book was a "weapon" of an assault on him.

The criminal trial was a sham: The author wept, promising to excise offending passages, if only his life's work could be read by the public; Mr. Carlos demanded that all copies of the book be turned over to him so he could destroy them; and in the middle of court proceedings the judge handed the celebrity a CD he had recorded of his own songs and asked for Mr. Carlos' esteemed opinion, Ms. Sztajnberg recalls.

Mr. de Araujo's publishers, terrified of a big damages order, turned over the books and cancelled publication; today Brazilians can only read it by ordering bootleg copies for $200 on Amazon.

The civil suit, on the other hand, eventually yielded a decision that Mr. Carlos had no right to stop a credibly produced biography. But after the heavy coverage of Mr. de Araujo's experience, no publisher was willing to gamble on another biography of a high-profile figure.

Mr. Lima said Congress must amend the law and change this. "The [current] law brings back the censorship we used to have [under the dictatorship]," he said. "And that's a danger to the rule of law." But even he is daunted by his new opponents. "Those artists, they are my idols." 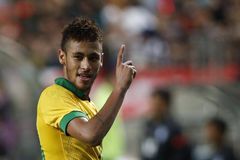 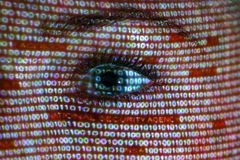