Read more about the extraordinary schools that give India's Dalit girls a chance at a better life by clicking here.

The origin of the caste system is a contentious subject. There are historians and anthropologists who trace a highly stratified society, divided by occupation, back to the ancient Hrappans, who built an elaborate civilization on the Indus River about 4,500 years ago. Others say caste came later, with the nomadic Aryans, or emerged out of a melding of these and other cultures native to the subcontinent.

None of those theories can be decisively proved. But by 200 BC, the Laws of Manu, a key text of Hinduism, had been recorded. These laws, said to be the word of Brahma the creator, laid out the vision of an "ideal society" in which social classes were divided. It lays out four varna, or categories: At the top are Brahmins, who are priests and teachers; then the Kshatriyas (governors and soldiers); then the Vaishyas, the merchant class of traders and business people. At the bottom are the Shudras, who are artisans and labourers.

And then there is the fifth category – the people who fall outside the varna system, and who are by virtue of their occupations impure and "untouchable" – the outcastes.

Other early texts laid out that a person is born into a certain caste and cannot change it regardless of actions in this life – it was determined before birth by their karma, their deeds in a previous life. If the karma is good, one could come back in the next life as a member of a higher caste; if not, as an outcaste or an animal.

It is impossible to know whether the Laws of Manu were actually being followed at the time of its writing. We do know, however, that by 700 AD, "untouchability" was fully enforced – Chinese travellers visiting India wrote home describing a society in which some outcaste people were considered so unclean that they were forced to live in communities apart.

The idea of a social hierarchy based on ritual purity became core to Hinduism, and survived even through centuries of Muslim domination on the subcontinent. Each of the four varnas came to subdivide into thousands of castes, called jati, and be further divided by specific occupations as well as geographic and linguistic lines. Endogamy – not marrying outside one's group – was unusually highly enforced, compared with many other social systems.

But it is the highly codified concept of "untouchablility" that really distinguishes Hinduism. People who perform a list of given occupations (varied slightly by region) are deemed unclean – some of these are obvious, such as cleaning sewers, and some are less so, such as picking coconuts. "Untouchables" are also divided into subgroups: In north India, for example, leatherworkers tend to dominate over street cleaners and the "manual scavengers" who collect human waste from "dry latrines" – a corner of the house with a slot accessible to the outside – and carry it away in baskets. That's the bottom of the system in most parts of the country, but in Bihar and its environs, that spot is reserved for the Mushahar, the "rat eaters."

In addition, there are unpaid jobs that "untouchables" do for the community, including collecting and burying the dead, both human and animal.

The system prescribes that outcastes cannot use the same dishes as caste Hindus. They cannot meet their eyes, and should they their shadow fall upon a caste Hindu as they walk by, they will have defiled him or her. They are not to enter temples, or use the same wells as caste Hindus. These practices were routine in most parts of the country well into the colonial period; while some, such as the shadow pollution, are largely extinct, others – such as separate dishes and having to stand for a caste Hindu – remain common in rural areas.

The arrival of the British in India did little to end the rigid enforcement of caste. The traders, and then colonizers, happily associated themselves with the Brahmins, and the elaborate stratification of caste appealed to their love of the bureaucratic. The British included caste in the censuses they began to conduct in their new colony from the early 1800s.

Around this time, however, the first organized resistance to caste began, with social-reform movements in different parts of the country led by "untouchables" who had had a rare chance at education. By 1920, two key figures emerged in the fight against caste: The first was Mohandas Gandhi, who was leading the fight for independence from the British. Gandhi, himself a caste Hindu, decried abuse of untouchables, and insisted that they should instead be called harijan, or children of God.

But it was another lawyer, a compatriot of Gandhi's, who would become their voice.

Bhimrao Ambedkar was born in Madhya Pradesh in 1891, the 14th child of a Dalit schoolteacher in the Indian army. Against extraordinary odds, he received a high-school education. Then, with the help of some prominent social reformers who recognized his remarkable intellect, he went abroad, earning a master's degree in New York and a law degree and doctorate in London. But when he returned to India, he was seen no longer as a man of letters, but as "untouchable."

He emerged as a national Dalit leader, staging protests where thousands gathered to drink from public wells from which they had been banned, and symbolically burning copies of the Laws of Manu. As the British began to discuss independence for India, Ambedkar argued passionately that a separate electorate must be created for Dalits, as was planned for Muslims and Sikhs – they would never be allowed to exercise real political franchise in a system dominated by caste Hindus, he said.

But Gandhi who scuppered that plan, arguing that it was a British plot to divide the Hindus and, moreover, that the harijan were too politically naive to have their own system – and he began a "fast unto death" to stop the British from granting the Dalits separate electorates. In a nation where he is otherwise revered, many Dalits take a dim view of Gandhi because of this paternalistic attitude, even today.

Ambedkar did have some political victories: He was the chief architect of the constitution adopted by India after independence in 1947. In its first words, that document outlaws discrimination based on caste and declares all citizens equal. It also reserves 15 per cent of seats in the civil service and educational institutions for "scheduled castes" – the once "untouchables." These "reservations," essentially affirmative-action quotas, would become the chief arena in which caste politics played out over the coming decades. A movement emerged in the 1970s of outcastes who called themselves "Dalits"– from the Sanskrit for "broken" or "crushed" – and had radical politics modelled on the U.S. Black Panthers.

Urbanization and growing social mobility in India through the 1990s caused some of the most rigid conditions of caste to fall away – millions of people moved to the city, took up residence next to strangers, changed their telltale surnames and did their best to leave their Dalit identities behind. But in rural areas, the practice of untouchability has endured almost unchanged: a wide-ranging survey of rural India in 2006 carried out by Action Aid found that across the country, Dalits were routinely denied the services of dhobi, or washers, and of barbers; that they were denied temple access and use of burial grounds; that they were denied the right to eat in restaurants or stay in boarding houses; and that their children were turned away from public educational institutions.

These facts, however, do not fit with the image that "emerging superpower" India is keen to project to the world. The government has in recent years waged a zealous public-relations effort arguing that caste is a relic and no longer part of Indian society. It lobbied strenuously to keep caste off the agenda of the United Nations' world conferences on racism, and to prevent investigations by the UN Commissioner for Human Rights into caste-based discrimination.

And yet the newspapers tell a different story: Every single day, there is a report of an attack on Dalits who try to enter a temple, or a Dalit woman who resists sexual advances by dominant-caste men, or Dalits who try to use a village hand pump. Last year, police registered 38,597 cases of caste-based violence, ranging from rape to arson to assault; research by the National Campaign for Dalit Human Rights has found that only one in five such acts is ever reported to police, so the real number was probably much higher. 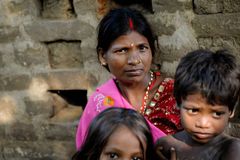 Stephanie Nolen: The goal is to see how far a Mushahar girl can go, armed with dreams and hope
December 2, 2011 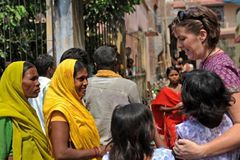 Audio slideshow: Sudha Varghese, the founder of a visionary school for Dalit girls, talks about her mission
December 2, 2011 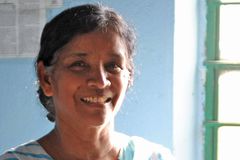 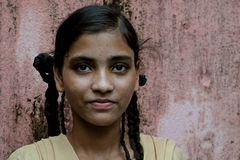 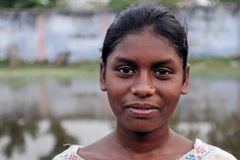