The ballot papers for Thursday's referendum in the United Kingdom ask only whether the country's future lies inside or outside the European Union. But if voters choose a so-called "Brexit" from the EU, many say it's the integrity of the U.K. itself that would be called into question next.

The U.K. as a whole is deeply divided on whether to leave or remain a part of the EU. But there are very different debates – and stakes – in the constituent parts of England, Wales, Scotland and Northern Ireland, as well as the tiny British overseas territory of Gibraltar.

A result that sees English voters, who make up about 85 per cent of the total electorate, choose a Brexit while other nationalities make clear their preference to remain part of the EU could set in motion a second independence vote in Scotland, and throw back into question whether Gibraltar's future is as part of the U.K., or neighbouring Spain.

It's in Northern Ireland, where peace is still settling in after decades of sectarian conflict, where the risks are arguably highest. The referendum campaign has made for strange alliances, such as Sinn Fein, long seen as the political wing of the Irish Republican Army, arguing on the same side of a referendum question as Prime Minister David Cameron, an English Conservative.

It has also highlighted old divisions here, with most republicans, and therefore many Catholics, favouring the Remain camp since they view the EU as guarantor of close ties with the rest of Ireland. Meanwhile, the main unionist party, and thus many Protestants, back the Vote Leave campaign.

At a joint appearance earlier this month at Ulster University alongside his long-time rival Tony Blair, former U.K. prime minister John Major warned that "the unity of the United Kingdom itself is on the ballot paper."

In contrast with the angry argument raging in England, the EU debate has been low-key and respectful in Northern Ireland. Posters for both sides hang from lamp posts and telephone poles around the centre of this city that was a de facto war zone for much of the 1970s and 80s. But suggestions that a Brexit might be followed by a tightened border, and restricted travel, between Northern Ireland and the rest of the island are followed by warnings that the 18-year-old peace agreement here could also be at stake.

"The Good Friday Agreement itself would be challenged," Sinn Fein parliamentarian Declan Kearney said in an interview, referring to the 1998 power-sharing deal between republicans and unionists that laid the foundation for Northern Ireland's subsequent peace. "Anything that has the effect of putting divisions between the north and the south of Ireland … clearly throws up major, major difficulties for how we do politics and how we move forward as a society."

Mr. Kearney, who served as Sinn Fein's national chairman until his election last month to the Northern Ireland Assembly, said an English-led vote for a Brexit "will once more demonstrate the consequences of [Ireland's] partition."

David Phinnemore, a professor of European politics at Queen's University here, said roughly 80 per cent of Irish nationalists were expected to support the Remain side, while about 65 per cent of unionists were likely to vote Leave. "It shows the split within Northern Ireland society," he said.

Nobody's talking about a return to the bad old days of the "the Troubles," though much of Northern Ireland remains worryingly split along sectarian lines. So-called "peace walls" – concrete walls topped with metal fencing meant to prevent projectiles from being thrown over the top – still divide Catholic neighbourhoods from Protestant ones in Belfast and other cities, and children walk past elaborate murals honouring their side's "martyrs" on their way to school each morning.

Lee Reynolds, a Democratic Unionist Party member of Belfast City Council and Northern Ireland co-ordinator for the Vote Leave campaign, said quitting the EU made sense for Northern Ireland because it would mean increased powers for the local parliament, while reducing the regulatory burden on local farms and businesses.

Mr. Reynolds called talk of a new border being erected on the island "scare-mongering." Increased border control could be achieved electronically, he said, without affecting crossings to Ireland. "I've lived through the peace process for more than 20 years, and many supposed threats to it, and here we are two decades later still going strong."

But Remain side campaigners have questioned how a government led by pro-Brexit politicians (Mr. Cameron is expected to resign in the event of a Leave win) could deliver on their stated goal of curbing immigration from the EU while leaving open the land border between the two sides of Ireland. There are plentiful flights and ferries every day between Northern Ireland and the main island of Great Britain.

Irish Prime Minister Enda Kenny wrote in The Guardian newspaper this week that "the re-establishment of a hard border on the island of Ireland would be a step backward, and present an opportunity for others, with malign agendas, to exploit for destructive purposes."

The most recent U.K.-wide "poll of polls" carried out by the What UK Thinks, a website run by part the Natcen social research agency, suggests the Remain side is narrowly in front – after briefly falling behind – with average support of 51 per cent among decided voters, versus 49 per cent who were expected to vote Leave.

The same polls show a slight majority of English voters, and a bigger share of those who live outside of cosmopolitan London, are expected to vote on Thursday in favour of a Brexit. Welsh voters, meanwhile, are almost evenly split on the issue.

But two-thirds of Scots, and a clear majority in Northern Ireland, have told pollsters they would prefer to stay in the EU. A whopping 90 per cent or more of Gibraltar voters are also expected to support the Remain side, which is unsurprising given the territory's 32,000 residents share their only land border with EU member Spain.

With much of the referendum debate focused on immigration, as well as the potential economic consequences of a Brexit – which most economists believe will be substantial and negative for both the U.K. and the EU – there has been little discussion of the potential implications for national unity.

A win for Vote Leave would immediately start the clock on a two-year period during which the terms of Britain's withdrawal from the EU would be negotiated in Brussels.

Senior officials in the Scottish National Party, which controls Scotland's devolved Parliament, have told The Globe and Mail that they would use that same two-year period to prepare the ground for a second referendum on Scotland's independence from the U.K. The last referendum, held in 2014, saw the Scottish voters reject independence by a 55-to-45-per-cent margin, though Brexit wasn't considered a serious possibility when that decision was made.

Gibraltar's first minister, Fabian Picardo, has said a Brexit would give fresh impetus to Spanish efforts to reclaim the outpost – which was ceded to England following an 18th century war – since Gibraltar's economy would be hard-hit by sudden exclusion from the 28-country bloc, which is also the world's largest free-trade area.

Mr. Kearney of Sinn Fein said his party would demand that Northern Ireland follow Scotland's lead and pursue a referendum on union with the rest of Ireland in order to avoid being pulled out of the EU over the expressed desire of the local population. The 1998 Good Friday Agreement that solidified the peace in Northern Ireland commits the U.K. to respect the results of such a "border poll," which can only be called by the U.K. government's Northern Ireland Secretary.

"If a majority of the citizens here in the north of Ireland vote to Remain and they find their democratic wish being overturned as a result of an electoral romp, probably largely concentrated in the southeast of England, then that creates a fundamental democratic deficit," Mr. Kearney said. "In those circumstances, Sinn Fein will be calling very vigorously for the invoking of a border poll consistent with the terms of Good Friday Agreement."

The Brexit referendum presents a double-edged sword to both Scottish and Irish nationalists. While voters in Scotland and Northern Ireland are broadly supportive of the EU, and thus likely to vote for the Remain side on Thursday, a Brexit would arguably boost the nationalist cause in both Scotland and Ireland.

Prof. Phinnemore said that a backslide into violence was unthinkable for most in Northern Ireland. "But there is certainly the argument that the Good Friday Agreement was written on the assumption that both parts of the island are in the European Union."

After Brexit: The future for Britain, the political fallout, and what about the EU?
May 16, 2018 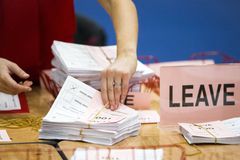 Brexit watch: a primer on what to expect tonight and what could happen next
November 12, 2017 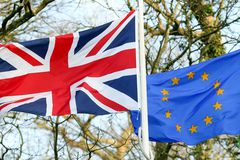 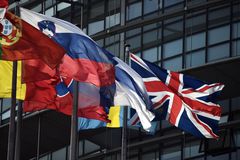