Britain has voted to leave the European Union after a bitter campaign that led to a stunning roller-coaster ride as results poured in Thursday. The British pound was hammered on Asian markets, falling to its lowest level in decades.

Prime Minister David Cameron, who called the in-or-out referendum to deliver on a re-election promise, resigned only hours after the results became official.

"I do not think it would be right for me to try to be the captain that steers our country to its next destination," Cameron told reporters on Friday outside his Downing Street office.

Cameron, who choked back tears, gave no detailed timetable but said there should be a new leader by the time his Conservative Party holds its annual conference in October.

"This is not a decision I've taken lightly but I do believe it is in the national interest to have a period of stability and then the new leadership required," he said.

The result of the so-called Brexit vote is the biggest political upset in a generation, part of what is now a global wave of populist movements challenging and defeating establishment politicians.

With all 382 voting areas reporting, Leave defeated Remain by 52 per cent to 48 per cent. The margin between the two sides was more than 1.2 million votes. Turnout was more than 70 per cent of eligible voters.

"The dawn is breaking on an independent United Kingdom," exulted Nigel Farage, head of the UK Independence Party and a leading voice in favour of leaving the EU

"Let June 23 go down in our history as our independence day."

The results reveal a United Kingdom deeply divided between a pro-EU, more cosmopolitan half and a working class that feels globalization and unchecked immigration from the EU haven't worked in its interest. The latter half voted in favour of a so-called "Brexit" over the advice of the leaders of all four main British political parties, as well as U.S. President Barack Obama, the World Bank and the International Monetary Fund, among others.

Markets had surged in relief after the end of voting when a telephone poll, carried out by the YouGov agency, showed the pro-EU Remain camp with a 52 to 48 edge over the Vote Leave campaign. But the British pound crashed once the official vote count started, as a series of early results suggested the pollsters had gotten it wrong. The pound dropped from $1.50 (U.S.) to $1.37, its lowest level since 1985, in a matter of hours.

The shocks began in the industrial northeast of England, where Sunderland – a former shipbuilding town – voted 61.3 per cent in favour of Leave, a far bigger pro-"Brexit" vote than experts had forecast. Nearby Newcastle-Upon-Tyne, which had been expected to vote solidly in favour of Remain, provided another surprise when the pro-EU camp captured just 50.7 per cent.

Those results were subsequently mirrored in dozens of working-class towns and cities across the north of England where the Leave side did substantially better than pollsters had forecast. Meanwhile, the pro-Remain margin in London was also bigger than expected – over 75 per cent in some boroughs.

Turnout across Britain was on pace for 72 per cent, according to the BBC. Participation was lower than expected in London, which was battered by thunderstorms that wreaked havoc on transportation Thursday, including a prolonged closing of Waterloo Station, a hub for both the rail and subway networks. Two polling stations had to be relocated on short notice due to flooding as some areas in and around the capital received almost a month's worth of rain in a single day.

There were divisions in the vote along national lines that could portend more instability ahead. England, which accounts for 85 per cent of the total vote, was leaning 55 per cent for Leave, as was Wales. Scotland voted more than 60 per cent in favour of Remain – every Scotttish constituency voted Remain – and Northern Ireland was 56 per cent pro-Remain.

The separatist Scottish National Party, which controls Scotland's devolved parliament, has said it would begin preparing for another referendum on independence if the U.K. chose to Leave while Scotland voted heavily in favour of Remain.

Similarly, Sinn Fein – considered the political arm of the Irish Republican Army – warned that a Brexit, and the possibility of new border controls between Northern Ireland and EU member Ireland, would destabilize the peace process there.

Mr. Cameron, who headed the Remain side, tried to emphasize the economic risks the country would take if it quit the EU, which is the world's largest trading area. But many voters – particularly in smaller English cities that have been challenged by mass immigration from the continent – were drawn to Vote Leave's argument that Britain needed to control its own borders in order to curb immigration.

"So far, the smaller towns that have been impacted heavily by large-scale migration, the pushing down of wages, the fact that the EU hasn't helped them economically, are coming out en masse for the Leave campaign. You saw that in Sunderland," Steven Woolfe, a member of European Parliament for the U.K. Independence Party, said as early results suggested voters might indeed have opted for a Brexit.

The so-called "Brexit" from the EU is expected to continue to jolt world financial markets. It would also raise enormous questions about the future of the rest of the 28-country bloc, with Euroskeptic movements on the rise in several other countries.

The Leave vote kick-starts a two-year period during which Britain and the EU negotiate their terms of divorce. While the pro-Brexit campaign insisted the EU would not be able to shun the British market, Brussels is expected to adopt a tough negotiating stand ito dissuade Euroskeptic movements around the content from trying to follow Britain's lead.

Even a close vote to Remain will create questions about whether Mr. Cameron can manage his 12-seat majority in the House of Commons after 138 of his 330 Conservative MPs, including several prominent members of cabinet, revolted to join Vote Leave.

Voters on both sides of the argument bemoaned the vitriolic tenor the debate took on, particularly in the final week of the campaign, which saw Labour MP Jo Cox murdered in her constituency by a far-right gunman.

While the killing had no apparent direct connection to the EU referendum, there is a broad sense that the charged atmosphere in the country played a role. The murder came hours after Mr. Farage posed in front of a controversial poster of a long line of Middle Eastern refugees headed for central Europe, featuring the slogan "Breaking Point."

"What's playing out in this referendum is a very real, very persistent and very sharp divide within Britain and within British society … separating social groups that have fundamentally different sets of values," said Matthew Goodwin, a professor of politics at the University of Kent.

He said the large pro-Brexit vote represents "a very loud and very clear message from particular sectors of Britain who feel the EU is not working out for them, who feel globalization is not benefiting them, who feel the Westminster elites are not listening."

For investors, the lexicon of fear now includes ‘Brexit’
June 24, 2016 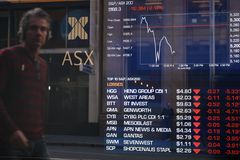 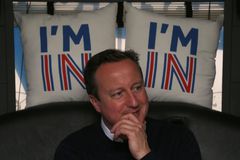 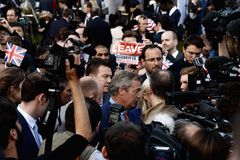 Follow Mark MacKinnon and Paul Waldie on Twitter @markmackinnon @PwaldieGLOBE
Report an error Editorial code of conduct
Due to technical reasons, we have temporarily removed commenting from our articles. We hope to have this fixed soon. Thank you for your patience. If you are looking to give feedback on our new site, please send it along to feedback@globeandmail.com. If you want to write a letter to the editor, please forward to letters@globeandmail.com.
Comments