Rights organizations on Friday called for urgent steps to be taken to protect private calls and online communications after allegations that U.S. and British agencies hacked into the networks of a major SIM card maker.

The World Wide Web Foundation, founded by Web inventor Tim Berners-Lee, said the alleged hacking by the National Security Agency and its British counterpart, GCHQ, was "another worrying sign that these agencies think they are above the law."

The claims of the hack into Netherlands-based company Gemalto came from documents given to journalists by whistleblower Edward Snowden. A story about the documents posted Thursday on the website The Intercept said the agencies hacked into Gemalto's networks to steal codes that allow both governments to seamlessly eavesdrop on mobile phones worldwide.

In an email to The Associated Press on Friday, GCHQ said it does not comment on intelligence matters. However, it said all of its work was legal and its "interception regime" fully complies with the European Convention on Human Rights.

Privacy International, which recently won an unprecedented court victory against GCHQ in the wake of the Snowden revelations, said that the electronic eavesdropping agency had lost its way.

"In stealing the SIM card encryption keys of millions of mobile phone users they have shown there are few lines they aren't willing to cross," Privacy International Deputy Director Eric King said in a statement.

"Hacking into law-abiding companies, spying on their employees and stealing their data should never be considered 'fair game,"' he added. "Their actions have undermined the security of us all."

Yet hacking into law-abiding companies, and inducing foreigners to commit treason by spilling secrets, are standard practices of spy agencies throughout the world. The U.S. and Britain happen to be more proficient than most. There is no international treaty laying out the rules of espionage, cyber or otherwise.

The NSA hacks into companies in friendly nations for all sorts of reasons, say former intelligence officials who declined to be quoted discussing classified operations. The CIA, and its Russian, Chinese, French and British counterparts, pay foreigners to supply information in violation of the laws of their countries.

One question being raised by some of the Snowden leaks is whether the public in the U.S. and Europe are willing to reign in their digital spying services if it means rendering them less effective. Another question is whether the benefits of a particular surveillance method are worth the fallout in the event it is disclosed.

White House spokesman Josh Earnest said he could not comment on the contents of the documents disclosed by Snowden. But asked whether the technology industry could trust the U.S. government, Earnest said government and the industry can co-operate in a way that finds a balance between civil liberties and security.

"There are certainly steps that the United State has taken in the name of national security that some members of private industry haven't agreed with, but I do think that there is common ground," Earnest said. "It is hard for me to imagine that there are a lot of technology executives that are out there that are in a position of saying that they hope that people who wish harm to this country will be able to use their technology to do so."

In Germany, opposition lawmakers have called for a parliamentary hearing on the reported hacking. An aide to Green Party lawmaker Konstantin von Notz said the hearing would likely take place Wednesday and could call on witnesses from Germany's domestic and foreign intelligence agencies to testify.

Germany is the only country that has launched a parliamentary inquiry into the activities of the NSA and GCHQ in the wake of the Snowden revelations. 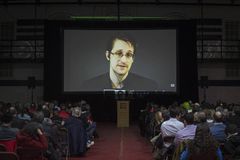 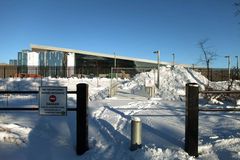 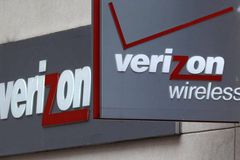 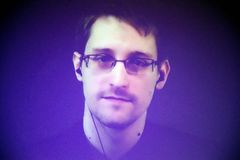 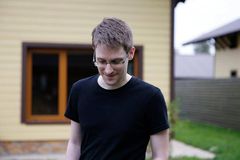