Californians increased water consumption this year during the severe drought, despite pleas from the governor to conserve, fallowed farm fields and reservoirs that are quickly draining, according to a report released Tuesday.

The new figures surfaced as state water regulators prepared to vote later in the day on fines up to $500 a day for people who waste water on landscaping, fountains, washing vehicles and other outdoor uses.

"Not everybody in California understands how bad this drought is ... and how bad it could be," she said. "There are communities in danger of running out of water all over the state."

The report says overall consumption jumped 1 per cent, even as Gov. Jerry Brown has called for a 20 per cent cutback. It corrected survey results released just a month ago that said use statewide had declined by 5 per cent.

The earlier survey prompted the water board to consider the most drastic response yet to California's drought — imposing fines on water wasters.

If fines don't work, Marcus said the board would consider other steps such as requiring water districts to stop leaks in their pipes, which account for an estimated 10 per cent of water use, stricter landscape restrictions and encouraging water agencies to boost rates for consumers who use more than their share of water.

The increased usage noted in the report is attributable to two regions of the state: Southern California coastal communities and the far northeastern slice of the state. It was not immediately clear why consumption had increased in those areas.

The report was based on consumption from May compared to the same month in previous years.

No region of California met Brown's request for a 20 per cent reduction, but some came closer than others. Communities that draw from the Sacramento River reduced consumption the most, by 13 per cent, while those along the North Coast reduced consumption by 12 per cent.

San Francisco Bay Area and Southern California cities that draw from the Colorado River decreased water use by 5 per cent.

Cities and suburbs use about 20 per cent of the state's water, with about half going outdoors. Agriculture is by far the greatest water user, accounting for 75 per cent of consumption in the state.

California farmers are just as guilty of using too much water as their urban neighbours, according to a separate report released Tuesday.

The study by the University of California, Davis found that farmers could see their wells run dry next year unless the state sees a wet winter. California is the only western state that does not measure groundwater use.

The proposal being considered by the state board would prohibit the watering of landscaping to the point that runoff spills onto sidewalks or streets. Hosing down sidewalks, driveways and other hard surfaces would be banned along with washing vehicles without a shut-off nozzle.

Violations would be infractions punishable by fines, although most cities are likely to have a sliding scale that starts with a warning and increases for repeat violations.

The report estimates that the proposed restrictions could save enough water statewide to supply more than 3.5 million people for a year.

Officials in some cities, including San Francisco, worry about the prohibition on washing streets and sidewalks. Public Works Department spokeswoman Rachel Gordon said that could interfere with the frequent cleaning of alleys to wash away human waste where there are high concentrations of homeless people.

During the past 12 months, she said the city responded to about 8,000 calls to steam clean streets of such waste.

The proposed state regulations already provide exceptions when health or safety is at risk, but Gordon said San Francisco wants to make sure it doesn't run afoul of the rules.

Marcus said the board will try to adjust its regulation to allow for the judicious use of power-washing, after industry representatives said it is efficient and necessary for everything from erasing graffiti to preparing homes for repainting.

"Our intention in this first round was to do what was reasonable and easier to do," she said. 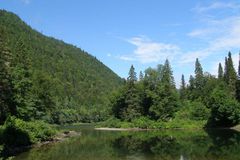 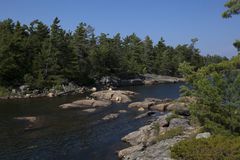