What on earth were we doing in Kandahar? Now that it's all over, that question hangs in the air. Decades hence, students will be stumped by that question in much the same way I was when my high-school textbook opened to Canada's place in the Boer War. It was full of sound and fury, but signifying exactly what? How did we pour five years, more than $18-billion and 158 lives into something so large and nebulous? How do we avoid repeating the mistake?

The process that led from Canada's modest 2001 participation in the Kabul operation into the five-year semi-colonial Kandahar odyssey that began in 2006 remains something of a mystery. I've heard diplomatic and military officials of very high rank tell me they don't really know how Canada became embroiled. Al-Qaeda had already been banished from Afghanistan by the time we entered the south. Our soldiers were professional, extremely courageous, calmly civilized and never quite sure what had caused them to be there.

We now have some surprising answers. A team of analysts with London's Royal United Services Institute, a security think tank, gained unprecedented access to the confidential documents and British official records of the decision by NATO members in 2003 and 2004 to expand the Afghan war. Matthew Willis analyzed the Canadian decision, which was deeply entwined with Britain's. His paper, to be released this month, describes a decision made in secret by senior Armed Forces officials, without the knowledge of NATO or probably of Canada's prime minister.

"The Canadians and the British," a senior NATO official told Mr. Willis, "hammered out the whole thing without NATO's assistance, behind closed doors. … We were not aware of the details."

While Canada was ostensibly fighting as one member of the 42-nation NATO International Security Assistance Force, the decision to establish a base in Kandahar, the most dangerous province, was negotiated in London without the knowledge – and against the advice – of the Brussels-based military alliance. NATO had been pressuring General Raymond Henault, then head of the Canadian Forces, to set up a mission in the provinces of Chaghcharan or Herat.

But Canada's military officials had other ideas – and most were rooted in Canada's experience, five years earlier, in Bosnia. They had come to dislike fighting with some other countries – Mr. Willis writes of "the Canadian leadership's aversion to partnering with the Italians or certain other European nations."

The generals also felt that the Bosnia and Kosovo missions hadn't won Canada much international fame or recognition. Those had been real coalitions, and Canada had blended into the background.

"The reason went well beyond a Canadian desire to be patted on the back," Mr. Willis writes, citing his interviews with Canada's military leaders. "It was about being able to make one's voice heard in the political and military fora where mission-defining decisions were being taken, including, not least, plans for the use of Canadian soldiers. It was thus also about improving Canada's ability to exert its influence in accordance with its interests and values."

Prime minister Paul Martin must have known that Canada's troop commitment, just shy of 3,000 soldiers, was the most it could muster, and might not have been enough for a large and deadly province (it did prove to be inadequate). But the generals pressed ahead. Part of it, they told Mr. Willis, was a desire to please Washington.

He raises the "contentious question why the senior Canadian military leadership, and the defence and foreign affairs departments, persisted in pushing the mission forward. Ostensibly, the military was seeking redemption after a decade of unremarkable performances in unremarkable (read: peacekeeping) theatres; or perhaps it wanted to show the U.S., the Canadian public and other key allies that it really could do combat if called on."

"Implicit and sometimes explicit in all of the above," he concludes, "is the idea that Canadian planners were pursuing a principally national agenda divorced from the NATO plan and heavily conditioned by beliefs about what would go over well in Washington."

It is discomforting to think that this dangerous war was prolonged beyond the ouster of al-Qaeda in order to further interests of organizational pride and stature. But this was a big part of the decision.

This may well be the reality of modern war, as we saw in Libya this year, where a handful of countries forged an ad hoc alliance in confidential meetings far outside of NATO's vision and without all its members – a cafeteria NATO, if you will. It is a less formal process, but one whose miscalculations can cause years of damage.

Canada's quest to turn Afghanistan's army of phantoms into fighters
May 9, 2018 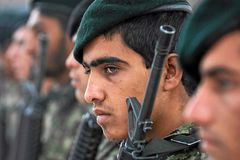 new
10 years later: What's changed since the first Bonn meeting on Afghanistan?
May 8, 2018 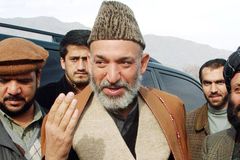