Russian President Vladimir Putin has accused Canada of playing "unconstructive political games" by passing its own Magnitsky law this week.

Putin made the comments Thursday in the Russian resort of Sochi at an international forum in which he fielded a wide range of questions. The Russian embassy in Ottawa posted a transcript of his remarks on Twitter on Friday.

The embassy had already said that Parliament's unanimous adoption this week of a Magnitsky act will cause irreparable harm to Canada-Russia relations.

The law targets the actions of gross human rights violators in all countries, not just Russia.

Canada's new sanctions regime and those of other countries, including the United States, have been closely linked to the Russian whistleblower Sergei Magnitsky, who died in a Moscow prison in 2009 after accusing officials of a $230-million tax fraud.

"What do I think about what you have just said, about Canada joining or wanting to join, or about somebody else wanting to do it?" Putin said Thursday.

"These are some very unconstructive political games over things, which are in essence not what they look like, to be treated in such a way or to fuss about so much."

Putin was responding to a question posed by a Carleton University professor who specializes in Russian affairs.

"Many countries have announced that they are ready to support this law too," said Piotr Dutkiewicz, former director of the Institute of European and Russian Studies at Carleton. "Are you not worried about the consequences of this process? Would you mind commenting on this fact?"

Liberal MP Bob Nault, the chair of the House of Commons foreign affairs committee, said earlier this week there's no need for Russia to take personal offence to the passage of the new law.

"Unless you have a reason to take things personally," the veteran MP added in an interview with The Canadian Press.

In a report, earlier this year, the all-party committee unanimously approved passage of the Victims of Corrupt Foreign Officials Act.

Putin went on to blame Magnitsky and the American-born financier Bill Browder, for whom he acted as a lawyer in Russia. Putin blamed Browder for defrauding Russia by moving massive amounts of money out of the country about a decade ago. Putin said the pursuit of Magnitsky act legislation is "anti-Russian hysteria."

In testimony before the Commons committee in March 2016, Browder described how he became a tireless campaigner on behalf of legislation in honour of his friend and said he has maintained until he was "blue in the face" that he is not being motivated by anti-Russian sentiment.

Browder said he was fighting against the "total impunity" in Russia that protects people who persecute opposition figures and whistleblowers.

"The bad guys in Russia get away with it," Browder told Canadian MPs.

"This piece of legislation is something that we in the West can do and that targets something in the West that they covet, which is their ability to keep their money safe and to travel here."

Conservative MP James Bezan, a committee member, accused Putin of overreacting and attempting to smear the reputation of Magnitsky and Browder.

The new law, he said, will prevent wealthy rights abusers from coming to Canada and hiding their fortunes here when it becomes convenient or necessary. He said it potentially targets all countries, but he cited Ukraine, Iran and Venezuela as places where it could apply.

Bezan said it would prevent corrupt officials from "taking advantage of our sound financial system, of our safety and security and allowing them to move their families here and educate their kids and hide their girlfriends." 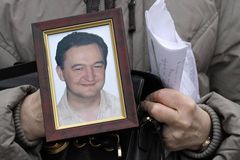 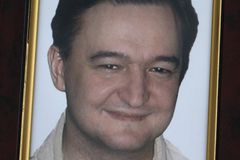 Opinion
When it comes to Magnitsky laws, it’s clear what Russia is looking for
July 12, 2017
Report an error
Due to technical reasons, we have temporarily removed commenting from our articles. We hope to have this fixed soon. Thank you for your patience. If you are looking to give feedback on our new site, please send it along to feedback@globeandmail.com. If you want to write a letter to the editor, please forward to letters@globeandmail.com.
Comments