In retirement after a globe-trotting career, John Ridsdel was looking forward to joining a sailing rally in the equatorial waters between the Philippines and Indonesia's Sulawesi and West Papua.

But, according to an acquaintance, Mr. Ridsdel missed the rally's start and was still anchored at the departure point, at a marina in the southern Philippines, when he was abducted Monday night after gunmen attacked the facility.

A witness told The Globe and Mail that Mr. Ridsdel and former Vancouver resident Kjartan Sekkingstad were dragged away after they tried to help a couple that was trying to fight off the assailants.

Another Canadian, 50-year-old Robert Hall, and his girlfriend, a 40-year-old Filipina identified by Associated Press as Teresita Flor, were also taken hostage.

It was an unexpected twist of fate for Mr. Ridsdel, a 68-year-old former Calgary journalist who had spent years overseas as a manager in the oil and mining industries.

"He is involved only by being in proximity to the others who were taken. He is a very confident person who will be handling this well," a cousin, Marian Bantjes, said before declining to comment further.

An acquaintance in the Philippines said Mr. Ridsdel intended to take part in a yacht run to Indonesia.

Philippines-based participants in the 2015 Sail Tomini event were scheduled to depart on Sept. 1 from the Holiday Oceanview Marina, in Samal Island, south of Mindanao.

"He was unable to join so he stayed behind and started refurbishing his boat," the acquaintance said.

The day before he was taken hostage, Mr. Ridsdel had posted a picture of himself on Facebook, smiling as he sat at the wheel of his sailboat, the Dany II.

Though he is a Canadian citizen, he wrote on his sailing blog that his nationality is "complicated."

His family is from Britain and has lived in several cities over three continents.

His late mother was a Scottish-born nurse who met his father, a physician, in wartime London. They later moved to Durban, in South Africa, and then lived in Saskatchewan, returned to Britain, and then went to Vancouver before settling in Calgary.

Mr. Ridsdel earned a bachelor's degree in political science from the University of Toronto and a master's in political sociology from the London School of Economics. He worked as a journalist for the CBC before switching to newspapers and covering the energy beat for the Calgary Herald.

In 1980, he won a National Business Writing Award for an exposé in the Herald about the funding of Dome Petroleum.

Later that summer, he became the director of public relations for Petro-Canada.

He then held a series of managerial positions at Petro-Canada, with overseas postings during the 1990s in Pakistan, Myanmar and Algeria.

Mr. Ridsdel has two grown daughters who work in international humanitarian positions. One worked for the United Nations Refugee Agency.

By 2004, Mr. Ridsdel joined the Calgary mining company TVI and worked for its Philippines affiliate, TVI Resource Development, rising to senior vice-president and chief operating officer of the Manila-based firm.

Living in Asia, he also got to enjoy his yacht, the Dany II, a 47-foot Jeanneau Sun Kiss that two friends brought to Southeast Asia by sailing through the Suez Canal and the Indian Ocean in 2009. Over the holiday season, he and his friends sailed together from Singapore to Borneo and Brunei.

Now semi-retired, Mr. Ridsdel is currently a consultant for TVI.

The Holiday Oceanview Marina, where Mr. Ridsdel was anchored, belonged to the family of Ellen Lee Kwen, the late wife of the 56-year-old Mr. Sekkingstad.

Mr. Sekkingstad grew up on the Norwegian island of Sotra and worked in his family's salmon farming business before moving to Canada in 1988 to work in fish farming, his relatives told Norway's daily Dagbladet.

Ms. Kwen and Mr. Sekkingstad had lived in Vancouver before leaving on a sailboat in August, 2002, according to several online blog postings. They landed in New Zealand and moved to Samal Island in 2007, where they were both involved with the creation of the marina. 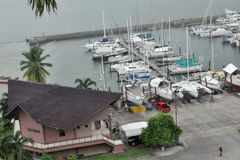 Canada to provide counterterrorism support to Philippines
May 7, 2015 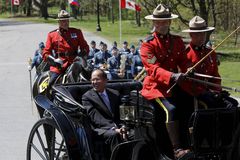