Abousfian Abdelrazik, the Canadian citizen labelled a national-security risk by the Harper government and kept in forced exile for years, was taken off the UN Security Council terrorist blacklist Wednesday, ending his nearly decade-long ordeal.

On being told of the delisting, Mr. Abdelrazik "shouted for joy, and then he wept," his lawyer, Paul Champ, said. "You could hear his children cheering and clapping," at their home in Montreal.

The delisting removes the stain of being labelled an al-Qaeda operative in the secretive UN process and vindicates Mr. Abdelrazik's long-standing assertion that he was never a jihadist, nor the paymaster, plotter or terror-cell leader as portrayed by the United States and echoed by Canadian agencies.

The removal from the UN's 1267 terrorist blacklist represents a second significant victory for Mr. Abdelrazik. The first was his return to Canada after a federal court in 2009 ruled that the government had trampled his constitutional rights and said Canadian Security and Intelligence Service agents were complicit in his imprisonment abroad. The government still refused to pay for his return, leaving ordinary citizens to buy the airline ticket.

In Ottawa, the Canadian government attempted to wash its hands of the entire listing and delisting process. "Decisions regarding individuals on the 1267 list are made by the United Nations 1267 Committee," Joseph Lavoie, a spokesman for Foreign Minister John Baird, said. "Canada is not privy to the information upon which the previous UN 1267 Committee based its decision to list Mr. Abdelrazik in 2006, to refuse his delisting request in 2007, to maintain his listing as appropriate during its review of all listed entities in May 2010, and to now de-list him in November 2011."

But, in a submission to the delisting process, Canada chose not to back Mr. Abdelrazik's request, despite written assurances previously that it would do so. Instead, it said it was remaining neutral.

Still to be decided is a $27-million lawsuit Mr. Abdelrazik has launched against the government that could expose the murky role of senior ministers and Canadian counterterrorism agents in his imprisonment and torture in notorious Sudanese prisons and any efforts to thwart – for years – his constitutional right to return to Canada.

"Canada should not be complicit in torture under any circumstances," Mr. Champ said, whether or not it believed Mr. Abdelrazik was an Islamic extremist.

For Mr. Abdelrazik, the delisting means his assets – frozen by the Canadian government – will be released and the international travel ban is lifted. However, the Harper government, which refused him a passport for years, may still deny him travel documents. When Lawrence Cannon was foreign minister he called Mr. Abdelrazik a threat to national security. And Citizenship Minister Jason Kenny recently scolded citizens groups supporting Mr. Abdelrazik, a black Muslim, of "treating such people as folk heroes."

Mr. Abdelrazik's own history has murky patches. After coming to Canada in 1990 as a political refugee, he married the first of several wives and became a citizen. His Montreal associates included a number of Muslims later linked to extremist activities. He travelled widely in the late 1990s, mostly to conflict zones where Muslims were embattled, including Bosnia and the Caucasus. He says his visits were purely humanitarian, an assertion dismissed as unsubstantiated and suspicious by those who would cast him as an Islamic extremist.

CSIS documents leaked in an apparent government effort to smear Mr. Abdelrazik say he discussed blowing up airliners with other Muslims and that traces of high explosive were found in his car. But despite years of close surveillance, no charges were ever laid and both CSIS and the Royal Canadian Mounted Police wrote formal letters in 2007 to say they had no current files warranting keeping him on the UN terrorist list.

Other Canadian government documents, marked "Secret" admit that Mr. Abdelrazik was imprisoned "at our request" when he returned to Sudan in 2003 to visit his ailing mother. In prison, he was interrogated by a CSIS team, who, he says, threatened to make sure he never saw Canada again.

Mr. Abdelrazik spent the last year of his forced exile living in the lobby of the Canadian embassy in Khartoum. Without a passport or the permission to travel anywhere, he had nowhere else to go.

But the full story of his imprisonment and the role played by Canada remains unclear.

Senior Canadian officials told diplomats in Khartoum, for instance, to refuse his plea from prison for them to witness a planned interrogation by a visiting U.S. counterterrorism team. In 2004, after his first release from prison in Sudan, Canadian consular officials arranged a flight home, but it was cancelled when senior CSIS agents discussed the matter with Transport Canada. Lufthansa cancelled his reservation, at Canada's request, according to the airline. Sudan reimprisoned him, but keeping what they deemed an innocent man in jail was too much even for a government internationally notorious for its human-rights abuses. Sudan demanded Canada repatriate him, even offering a military plane to fly him home. Ottawa refused. And then diplomats were told to make no response when Sudan made a not-so-veiled offer to kill him.

From 2003 until his court-ordered return, successive Canadian governments repeatedly prevented Mr. Abdelrazik from coming home. After 2006, when the Bush administration added him to the UN 1267 terrorist list, Ottawa said its hands were tied. But other countries had no difficulty repatriating citizens on the UN list. His six years in Sudan were a mix of imprisonment, house arrest, forced exile and a year spent in the Canadian embassy. But he also managed, between prison stints, to deliver humanitarian supplies to refugees in Darfur. 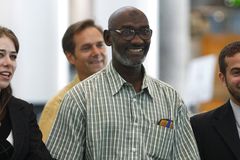 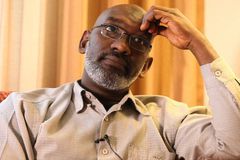 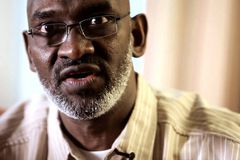 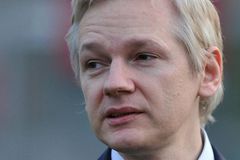 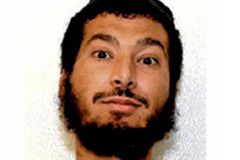 Easy for terror suspects to get onto no-fly watch lists, much harder to be taken off
June 1, 2011 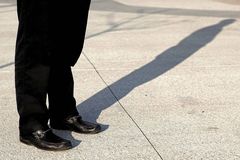 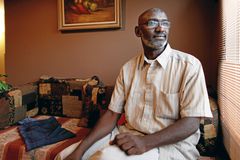