There is at least one Canadian among the Islamic militants who took 132 foreign hostages at a gas plant in Algeria this week, according to a Mauritanian news agency.

The information comes from Agence Nouakchott d'Information, which quoted an unnamed source within the al-Mua'qi'oon Biddam.

Also known as "Those Who Sign with Blood," al-Mua'qi'oon Biddam is the new al-Qaeda affiliate that has claimed responsibility for the attack on the In Amenas complex in the Sahara desert.

No further details were provided.

Reached in Nouakchott, the Mauritanian capital, ANI website editor Sidi El Mokhtar Sidi said the agency had been receiving calls from the kidnappers.

Mr. Sidi said the militant spokesman had listed the nationalities of the hostage takers but did not specify how many came from each country.

Al-Mua'qi'oon Biddam is a splinter group from al-Qaeda in the Islamic Maghreb, or AQIM. The new militia reportedly broke off from AQIM last month and is led by Mokhtar Belmokhtar, the suspect in the 2008 kidnapping of two Canadian diplomats.

A spokeswoman for Foreign Affairs and International Affairs Canada said her department was aware of the report.

"We are pursuing all appropriate channels to seek further information and are in close contact with Algerian authorities," department spokeswoman Chrystiane Roy said in an e-mail.

There have been previous cases of Canadians joining Jihadist groups in Afghanistan, Pakistan and Somalia but this appears to be the first public mention of a Canadian getting involved with al-Qaeda's North African movement.

Senegal-based security analyst Andrew Lebovich said he has not previously heard of a Canadian being part of AQIM.

AQIM recruits come mostly from African countries and it is only in the last year that there have been cases of Westerners trying to join, Mr. Lebovich said.

"The number of [European] recruits still seem relatively small but there has been a noticeable shift in recruiting patterns, at least in the last six months to a year," Mr. Lebovich said in an interview from Dakar.

He said he had also heard of Americans AQIM recruits but has not been able to confirm that information.

The prospect of Europeans working for AQIM has been a source of worries in France in recent months. French authorities are currently investigating four cases, according to an interview the anti-terrorism judge Marc Trévidic gave this week to Le Parisien.

Aaron Zelin, a fellow at The Washington Institute for Near East Policy who monitors Jihadi websites, said ANI is a "pretty reliable" source  on AQIM because the movement often uses the Mauritanian news agency as an outlet for its communiqués.

Appearing last fall before the Senate's Standing Committee on Public Safety and National Security, Canadian security officials were asked if they knew of Canadians travelling to Afghanistan, Somalia, Pakistan or Yemen to join terrorist organizations.

"We are seeing a consistent volume of individuals being radicalized and looking to travel abroad to either participate, train or conduct terrorist acts," RCMP Assistant Commissioner James Malizia testified.

" ... It is a serious concern for us for the fact that individuals who do depart Canada right now, if we're not in a position to prevent them from leaving and they do end up in areas of the world where we might lose track of them, then the questions is once they've received training, what harm will come to either our allies or if they decide to return to Canada? That is definitely a continuing concern for us."

Opinion
The war’s in Mali, but the danger is international
January 16, 2013 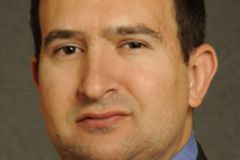 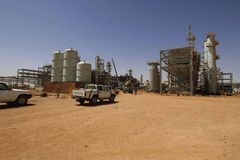