A Canadian Forces colonel has become the latest casualty of Canada's mission in Afghanistan, and the highest-ranking soldier to give his life for the mission since it began in 2002.

Military officials at Kandahar city said Col. Geoff Parker, 42, a member of the Royal Canadian Regiment who was born and raised in Oakville, Ont., died when a massive car bomb struck a NATO convoy on the edge of the Afghan capital of Kabul.

A biography on the Department of National Defence website said Col. Parker was commanding officer of 2nd Battalion, RCR, based at CFB Gagetown.

Col. Parker was in Kabul to interact with international organizations there in an effort to prepare his team for their upcoming mission, Col. Simon Hetherington, deputy commander of Task Force Kandahar, told a news conference.

Col. Parker was well known, highly respected and considered a good friend by countless Army officers and soldiers across Canada.

"He was a career infantry officer - a proud member of the Royal Canadian Regiment - who excelled in virtually every position he held in the Army," Col. Hetherington said.

"As a battalion commander, he led his soldiers from the front and with distinction. The post he preparing to fill was important and of such high profile, he was hand picked from across the Army to do so. A rising star, his potential was undeniable."

Twelve Afghan civilians also died in the attack, many of them on a public bus in rush-hour traffic.

The attack - the deadliest for NATO troops in the capital since September - comes despite a ramped up effort by Afghan authorities to intercept would-be attackers and better secure a capital city that saw a spate of brazen attacks this winter.

Col. Parker was the seventh Canadian soldier to die in Afghanistan this year and the 145th Canadian soldier killed as part of the mission since it began eight years ago. Two civilians - diplomat Glyn Berry and journalist Michelle Lang - have also been killed.

The powerful blast occurred on a major Kabul thoroughfare that runs by the ruins of a one-time royal palace and government ministries. It wrecked nearly 20 vehicles, including five SUVs in the NATO convoy, and scattered debris and body parts across the wide boulevard. The body of woman in a burka was smashed against the window of the bus.

Taliban spokesman Zabiullah Mujahid told The Associated Press in a phone call from an undisclosed location that the bomber was a man from Kabul and his car was packed with 750 kilograms of explosives. The target of the attack was the foreign convoy, he said.

U.S. troops and Afghan police held a security cordon around wrecked vehicles at the blast site in the west of the city. Emergency workers zipped the dead into body bags and lifted the injured into ambulances.

"I saw one person laying on the ground with no head," said Mirza Mohammad, who was on his way to work when the blast happened up the road.

Police officer Wahidullah, who goes by one name, said he saw the body of woman in a burka smashed up against the window of the bus.

"Everywhere was dead bodies," Wahidullah said. At least 12 Afghan civilians died and 47 were wounded - most of them in the bus, the Interior Ministry said.

It was the deadliest attack for NATO in the capital since a September suicide bombing that killed six Italian soldiers. The attack comes as NATO readies a major offensive in the southern province of Kandahar, a major Taliban stronghold.

NATO Secretary General Anders Fogh Rasmussen condemned the attack and said it would not deter NATO's efforts in Afghanistan.

"NATO remains committed to its mission to protect the Afghan people and to strengthen Afghanistan's ability to resist terrorism," Rasmussen said in Brussels.

"There were casualties among the NATO forces as well as among civilians - women, children and schoolchildren," Mr. Karzai told a news conference.

NATO said that five of its vehicles were damaged as well as more than a dozen civilian vehicles. There were no obvious military vehicles among the wreckage, but NATO troops often travel in unmarked SUVs in the capital.

The Feb. 26 attack against two residential hotels in the capital killed six Indians, along with 10 Afghans. Afghan authorities blamed the attack on Lashkar-e-Taiba, the same Pakistan-based Islamist militia that India blames for the 2008 Mumbai terrorist attacks that killed 166 people. 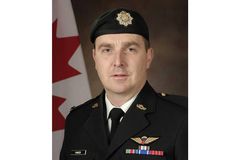 Body of latest Canadian killed in Afghanistan returns home
May 16, 2010 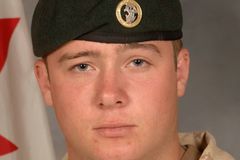