More than 2 1/2 years after his arrest in a wide-ranging corruption investigation, a Canadian business executive accused of bribery and tax evasion is pleading his case before a Cuban court – but his family fears the outcome has been predetermined.

Cy Tokmakjian, 74, appeared before a Cuban court on Monday for the beginning of a trial that is expected to last two weeks. His charges relate to bribery, contractual issues, and commercial crimes against the Cuban economy and he is being tried alongside at least 16 other individuals who either worked for or had dealings with his company's operations in Cuba.

Originally from Armenia, Mr. Tokmakjian founded a transportation company in Canada in the early 1970s and later expanded the firm's operations to Cuba, Barbados and several other countries. He was arrested in September, 2011, and held in a Cuban jail for nearly 2 1/2 years before any charges were laid.

Lee Hacker, a spokesman for Mr. Tokmakjian's family and vice-president of finance for the Tokmakjian Group, said Mr. Tokmakjian maintained high ethical standards in his work and did not break Cuban laws.

"The allegations and charges made against the Tokmakjian Group by Cuban authorities are completely baseless and the defence will show that clearly," Mr. Hacker said in a written statement that was provided to The Globe and Mail. "However, because of serious concerns with the lack of due process, transparency and independence in the Cuban system, we fear that the outcome has already been predetermined."

A statement outlining Mr. Tokmakjian's defence, obtained by The Globe, says the businessman invited Cuban officials for meals at his home and gave Christmas and New Year's gifts to a range of recipients but made no attempt to obtain any favours in return.

The trial comes one year after another Canadian businessman, Sarkis Yacoubian, was sentenced to nine years in prison on corruption-related charges after he reportedly co-operated with Cuban authorities in their investigation. Mr. Yacoubian was expelled from Cuba in February and has since returned to Canada. He did not have to serve the remainder of his sentence when he returned to Canada because Cuban authorities did not arrange a transfer.

The 2011 arrests of Mr. Yacoubian and other business executives and their trials came as a surprise to foreign investors and raised questions about the security of their assets in Cuba. Experts say the arrests, combined with attempts to increase the Cuban government's control of some foreign businesses, have clouded the country's business environment at a time when the government is trying to attract more capital to the communist economy.

Conservative MP Peter Kent has followed Mr. Tokmakjian's case and visited him in prison last fall. He said he is troubled by reports the Cuban court may not review all the evidence Mr. Tokmakjian's lawyers had asked to present.

A spokesperson for the Department of Foreign Affairs, Trade and Development would not say whether it is assisting Mr. Tokmakjian, citing privacy concerns. "Consular services are being provided to the Canadian citizen who is detained in Cuba," Beatrice Fenelon wrote in an e-mail when asked about Mr. Tokmakjian's case. "Canadian consular officials in Havana are engaging local authorities and continue to monitor the case closely."

Officials at the Cuban embassy in Ottawa could not be reached to comment on the matter. 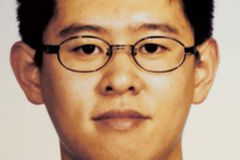