When China's Communist Party chose its new leaders behind closed doors last week, many saw an authoritarian regime that doesn't consult the 1.3 billion people it governs. But a controversial Canadian professor observed something different: a political system that rewards performance, instead of popularity.

The argument that China is no longer a classic dictatorship, but rather a more benign "meritocracy," has made Daniel A. Bell the most debated foreign academic working in China. A Montrealer who teaches political philosophy at Beijing's prestigious Tsinghua University, he's a favourite of the country's state-controlled media, and a target of scorn and vitriol from his academic peers. Some have even labelled him an "apologist" for what they see as a corrupt and repressive Communist regime.

In person, Prof. Bell is the stereotype of the inoffensive Canadian. Soft-spoken and polite, sporting a Mandarin jacket and dark-rimmed eyeglasses, the 48-year-old was until recently best known in Beijing's expatriate community as the owner of Purple Haze, a popular Thai restaurant, and the co-organizer of a weekly game of pick-up hockey played by expats on a rink in a shopping mall.

It was also well known that if you let him, he could talk your ear off about the modern relevance of Confucius, the topic nearest his heart. Prof. Bell has argued for nearly a decade that China needs to embrace the great sage's writings, in part to fill the moral vacuum created as the country moved away from the egalitarian ideals of Marx, while retaining official atheism.

Prof. Bell says he's not surprised that people are angered by his writing. He chalks it up to a sense of superiority many Westerners feel about their political system. "Any time you say something mildly positive about the Chinese government, there tends to be extreme hostility among some people.

"There is a morally legitimate model of political rule that has more or less guided political reform over the last two or three decades," Prof. Bell said in an interview at his tidy home in Shunyi, an upper-class suburb of the capital where he lives with his Chinese wife, a senior executive at Goldman Sachs China, whose father fought for the winning side in the Communist Revolution, and their teenage son.

Set across the street from Beijing's elite Dulwich College, Prof. Bell's well-kept house as well as his background suggest his family is of the class he thinks should rule China. He met his wife, Song Bing, at Oxford University in 1988. She was there on a merit-based scholarship from the Hong Kong-based Swire Corporation. The couple lived in Singapore and Hong Kong before Prof. Bell was hired at Tsinghua in 2004, the first foreign philosophy professor to join the university since the founding of the People's Republic of China in 1949.

Tsinghua later told the official People's Daily that Prof. Bell was hired because he understood China better than other foreign academics. (He also speaks Chinese well enough to deliver lectures in the language.) "I think the most controversial thing that I do is just questioning this idea that democracy is an important human right," Prof. Bell was quoted as saying in 2006.

In recent years, his writings about the government shifted from critical to increasingly defensive. On the eve of last week's Communist Party conclave in Beijing, he co-authored a provocative essay in the Financial Times newspaper, arguing the country now has a political system that, at least for China, is superior to one-person, one-vote democracy.

"The Chinese political system has undergone a significant change over the past three decades and it comes close to the best formula for governing a large country," read the article, which was co-authored by Eric Li, a Shanghai-based venture capitalist. "Meritocracy can only work in the context of a one-party state."

The article was music to the Communist Party's ears. Lines of the Bell-Li essay were republished on the official Xinhua newswire several days later, amid hagiographies of Xi Jinping and the country's other new leaders as they were introduced to the world last week.

But it struck a discordant note for many, particularly in a year that has seen the Communist Party swamped with corruption scandals. The new leadership is also dominated by so-called "princelings" of the party – the sons of famous revolutionaries – whose family ties appear to have had at least as much to do with their promotions as their individual merits. No woman has ever been elevated to the all-powerful Standing Committee.

"China apologist Daniel Bell strikes again," Blake Hounshell, managing editor of Foreign Policy magazine, wrote on his Twitter account after the Financial Times essay. The Economist magazine compared Prof. Bell to Frank Goodnow, the American scholar who advised the ill-fated (and deeply corrupt) Kuomintang regime of Chiang Kai-shek. "To believe virtue always floats to the top in a system such as China's is fantasy," the magazine wrote.

Some Chinese Internet users, meanwhile, noted Prof. Bell used some of the same arguments and terminology as state media, raising suspicions that his ideas weren't entirely his own.

Prof. Bell blames the West's hostility toward different political models for much of the blowback. The West, he says, reflexively treats Communist Party leaders as adversaries, a default setting that blocks progress on a range of international issues, from nuclear proliferation to climate change, that Beijing is now key to solving.

The crux of Prof. Bell's argument is that the Communist Party has evolved over time into a meritocratic organization. Only top students and "model" workers are allowed to join the party, he said, and becoming a civil servant requires passing an exam. The methods for choosing the country's top leaders are opaque, but Prof. Bell notes that all seven members of the new Standing Committee of the Politburo (China's supreme decision-making body) have previous experience running large provinces or ministries.

But can a political movement that routinely jails its domestic critics, and whose leaders have reportedly accumulated far more wealth than their official salaries can explain, be considered "morally legitimate"?

"It's highly imperfect and flawed. It's not a perfect status quo," Prof. Bell acknowledges. China's runaway corruption – so bad that Mr. Xi acknowledged upon taking office that it threatens the stability of the entire system – is a particular challenge to the notion that the party is a meritocracy.

Prof. Bell says China's corruption problem isn't exceptional when compared to democracies of the same development level, citing India and Indonesia as examples. The reason it poses such a risk for China, he says, is because a meritocratic system depends on the perception that leaders are not only more qualified, but more virtuous, than those they rule.

Prof. Bell acknowledges he has been accused of seeing China through rose-coloured glasses, even within his classroom at Tsinghua. "Some of my friends who went through the Cultural Revolution think I'm a bit naive about the regime, they had such a harsh experience. Some of my students who have a hard time with blocked G-mail [accounts] and The New York Times and so on are also obviously very unhappy."

Editor's note: Information was added to this story after initial publication to clarify that Prof. Bell's wife, Song Bing, attended Oxford University in 1988 on a merit-based scholarship from the Hong Kong-based Swire Corporation. The year she attended Oxford was also corrected.

New leaders in China send one message: nothing will change
November 18, 2012 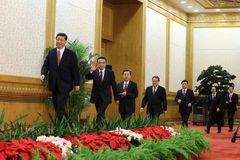 China’s ambassador to Canada tells critics to ‘shut up’ over espionage claims
November 17, 2012 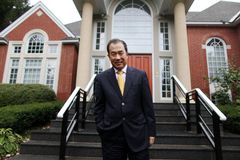