Police and friends of Canadian journalist and screenwriter Dave Walker are searching for the Edmonton man after he mysteriously vanished on Feb. 14 in Cambodia.

The 58-year-old left the Green Village Angkor Guesthouse in the tourist city of Siem Reap about 2 p.m. with only his water bottle in hand so staff could make up the room, according to his business partner Sonny Chhoun.

Leaving his passport, laptop and phone charging in the room, he told staff he would be back soon, said Mr. Chhoun, who was alarmed when Mr. Walker didn't return his calls.

"I see him every day," said Mr. Chhoun. "I called him and no answer which is very strange to me."

Siem Reap is a quiet city of about 200,000, three hours by car from the Thai border, but two million tourists each year visit to see the nearby Angkor Wat ruins.

Matthew Robertson from the Canadian embassy in Bangkok, the closest Canadian diplomatic mission, said he was aware of the report and officials were working with local authorities, but he could not comment further.

After trying to contact Mr. Walker last Friday evening, Mr. Chhoun said staff at the guest house told him his friend had not returned to his room.

"[At this point] I'm getting worried about him," said Mr. Chhoun. "I know one thing in my mind, that this is very unnatural behaviour of the Dave I know."

He noted Mr. Walker does not drink or go out to party, but instead keeps to a standard routine, starting with breakfast at a local restaurant before returning to his hotel to work.

Mr. Chhoun and Mr. Walker are the founders of Animist Farm Films, a production company trying to revive Cambodian cinema. They've been working on a feature film about a man who saved more than a hundred families from the brutal Khmer Rouge.

He has been searching for his partner for days, combing nearby lakes and temples where Mr. Walker frequently goes walking.

"It's very frustrating. Most frustrating is when you have no lead. None whatsoever," Mr. Chhoun said.

Mr. Walker worked for the U.S. ABC News as a freelance producer in Southeast Asia from 1995 to 2009, and co-authored an investigative non-fiction, Hello My Big Big Honey, on Thai bar girls and their Western boyfriends, before returning to Canada in 2009 to study a Masters of Arts at Toronto's York University for two years.

Mr. Walker's cousin and closest relative Tammy Wallbridge-Madon said she first heard he was missing on Sunday in an e-mail from one of Mr. Walker's friends in Toronto.

"There's lots of info going around from family and friends to try and locate him," she said. "It's been really hectic."

"You're just waiting for word they've found him," said Ms. Wallbridge-Madon. "From what we're being told from Canadian Foreign Affairs, it could be weeks."

Hoping that Mr. Walker's personal belongings might be able to shed some light on his disappearance, Ms. Wallbridge-Madon has asked the Department of Foreign Affairs to secure his laptop and phone.

"We think that there could be info on those as to where he went," said Ms. Wallbridge-Madon.

A Facebook group, Help Find Dave Walker, has been set up as well as a Twitter hashtag for those trying to locate the missing Canadian, #FindDaveWalker. 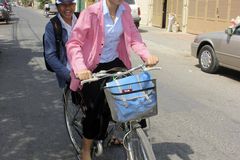 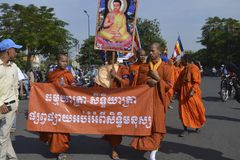