Susan Wells never made it home from the airport.

According to an e-mail a private security company sent this week to its Arusha-area clients and obtained by The Globe and Mail, the 41-year-old Ontario social worker was murdered shortly after arriving in Kilimanjaro International Airport on Sunday night, Nov. 25.

Ms. Wells was supposed to spend December working with street youth in the Tanzanian region she'd fallen in love with years earlier. Eleven days after she arrived, Arusha police have arrested a young man she knew in connection with her death, and are searching for another.

Police believe two men picked up Ms. Wells from the airport and were involved in her death that night. They say she knew at least one of them, and had been in touch with him before her trip.

A passerby found Ms. Wells's body near a farm south of Arusha the next day, KK Security's e-mail says, and called police. It took forensic examination and a check of her fingerprints for police to identify her, the e-mail says.

One man, arrested Monday in a village nearby, is in custody. According to local media reports, the young man is someone Ms. Wells worked with before. The security company's e-mail says police have interrogated him and determined that "the main motive behind this brutal killing was money … Up to this point, it is known that she was not carrying any substantial amount of money." Police say they're searching for a second suspect.

Canada's Foreign Affairs department has not confirmed any information about Ms. Wells's death, "out of respect for the family and to protect the privacy of the individuals concerned." The Tanzanian embassy in Ottawa told The Globe on Wednesday that it's awaiting further information from Tanzanian authorities; calls to the embassy Thursday were not returned. Calls and text messages to police in Arusha have not been returned.

This was Ms. Wells's sixth trip to Arusha. "Susan was travelling on her own but had a well-established network of friends and volunteer colleagues in the area," said Jennifer Forman, a close friend who has known Ms. Wells since high school, and who has been speaking on Ms. Wells's parents' behalf.

It was a place Ms. Wells itched to return to when she was at her home in Mississauga. She raised funds extensively in Canada, soliciting friends' old cellphones and running shoes as well as cash to pay for school and health-care fees in Tanzania.

There has been no word yet on when charges will be laid in connection with her death. Tanzania's justice system can be slow: According to a 2011 report from the United Nations Office on Drugs and Crime, some Tanzanian suspects spend a decade in custody awaiting trial.

Arusha, a region with an eponymous capital near the Kenyan border nestled between Mount Kilimanjaro and the Serengeti, has become a popular area for foreign tourists and aid workers alike.

"Arusha is one the main [places] where people have found charitable work they can do, but perhaps they've been drawn there initially for tourism," said John Geddes, founding director of Kingston-based charity CanAssist. "Voluntourism is relatively popular there: A lot of people want to go and do something more meaningful than drop their money at a resort."

Mr. Geddes has been working in the Arusha area for a decade. He didn't know Ms. Wells. While theft and pickpocketing do occur, he says, he has never encountered violence on this scale. "A violent crime like this with a foreigner in East Africa is not very common," he said. "It [happens] very, very seldom."

Ms. Wells's parents and older brother in Collingwood, Ont., have declined to comment and "have asked for privacy and time to grieve this devastating loss," Ms. Forman said in an e-mail. A trust fund has been set up under Ms. Wells's name at TD Canada Trust, with the aim of creating a scholarship.

"Susan was the most kind, generous and thoughtful person I'll ever hope to meet. For those of us lucky enough to know her, she left us with a lifetime's worth of comfort, joy and happy memories that will help to fill the deep void in our hearts," Ms. Forman said. "Susan was fulfilling her passion and her life's work," she said, adding, "and that gives us just a little bit of peace." 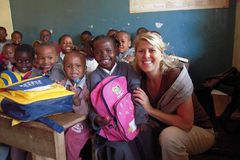 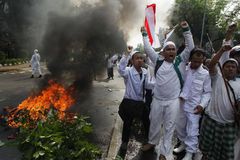 Alberta man faces deportation to Somalia, where he has never lived
November 20, 2012 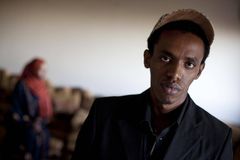