There are Franklin the Turtle books on the shelf in the brightly-painted classrooms, snowmen drawings on the bulletin board and in the fifth grade class, students are arguing cheerfully as they try to sketch an apple from many perspectives. This could be anywhere in Canada – except for a few small clues that suggest that the Village Community School faces some un-Canadian challenges.

There is lunch, for example: it is delivered each day on a wagon from the little school kitchen around the corner, because without it most of these children would not get a meal from the time they wake until after nightfall. Health clinics are held in a field nearby a few times a year, because kids with no access to plumbing and sanitation are plagued with problems such as skin infections. And the uniforms: collared shirts and sturdy shoes, supplied by the school to ensure that everyone has something to wear.

Most of the 175 students are drawn from "settlements" around this small town in Tamil Nadu in southern India – grim clusters of houses like overgrown sugar cubes, barely 10 feet wide and 10 across, on a dust and rubbish-strewn plain where low-caste Indians were dumped two decades ago after government expropriated their land for highways and condominium developments. Most of the adults in this community do agricultural day labour, for wages of $4 at best, and few have more than a year or two of education.

This improbable school opened four years ago, thanks to Canadian educators and philanthropists, and offered their children an opportunity that some still find hard to believe. "She's learned the English language, she can speak it and we can't do it," said Rani Siva, proud eyes on her daughter Iniya, 7.

The school has Franklin and the snowmen because it is a late-in-life project for a pair of Toronto educators and the philanthropists who back their vision. Five years ago Barbara Galbraith and Barbara Zeibots, now 74 and 75 respectively, were contemplating retirement from the York School, a private Toronto school that Ms. Galbraith was in charge of and where Ms. Galbraith ran the junior school.  Ms. Zeibots dreamed of visiting India, and in one of their last years of teaching the two women took students on a visit to Tamil Nadu. They fell to talking with a passionate orphanage staffer named Sunbeam Viswanath about what it would take to stage a small revolution in education in the area.

They enlisted Theresa Mersky and her husband Seth, philanthropists with children at York, and before long, The Barbs, as they are universally known here, were spending nearly six months a year in Chettipalayam.

The Village Community School, opened in a rented former match factory, is an intriguing experiment in East-meets-West approaches to education. The Barbs design the curriculum, and bring most of the materials from Toronto. Rote learning continues to predominate in most Indian schools and they struggle to find teachers who are willing to embrace a model focused on teaching kids critical thinking and analysis, rather than stuffing their brains with memorized facts. In a unit on insects, for example, they study them under microscopes, draw them, and write about them. Meanwhile their students, with their almost unimaginably difficult lives, bring a culturally ingrained respect for their elders, for education and for the institution of the school that startled The Barbs at first.

Ms. Viswanath left the orphanage to run the school and screened its students to find the most deserving. She said she faced hostility from better-off people in the community, and that even prominent citizens recruited to their board of governors asked dubiously: "Do you think these children will come to school? You think they'll ever learn?" Now, she turns away children from well-off families who sometimes try to fake poverty, or offer bribes to have their prosperity overlooked, because the $2-a-month school is the best thing going in this part of the state.

One challenge for the school is that its students end up casting a critical eye over their homes and lives, and asking hard questions about why things are the way they are. "They come to think this is not how we should be living," Ms. Viswanath said.

Neither of young Iniya's parents ever attended school. So the whole family of four, who live in a tiny house without electricity or a toilet, benefits from her education, her mother said. "She comes with these messages, things we also hadn't thought of – wash your hands before you eat, keep your surroundings clean. Everything she learns at school she comes home and shares with me."

Editor's note: An earlier version of this story included incorrect information about Ms. Galbraith and Ms. Zeibots' roles with the York School. This online version has been corrected.

China and India could invest more in maternal and child health
November 12, 2012 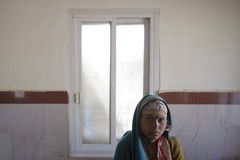 Going out of their way to educate children
November 16, 2012 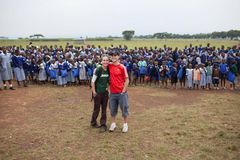 Opinion
Celebrate boys’ boyness – and work with it
November 17, 2012 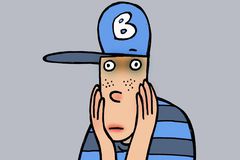 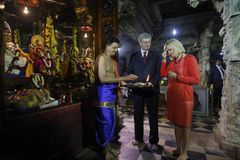