A coroner's jury has ruled that an elderly Canadian man died of natural causes while detained in a British immigration centre, but the way the 84-year-old was treated has been criticized as a deplorable case in which officials were unable to find a better way to treat the man.

"It is a tragic indictment of the system, that such a frail and vulnerable man should have spent his final days in prison-like conditions of an immigration removal centre," U.K. Prisons and Probation Ombudsman Nigel Newcomen said in a report released this week. "It is particularly shameful that he should have spent his last hours chained to a custody officer without justification."

Alois Dvorzak, a widower and former resident of Salmon Arm, B.C., was stopped by immigration after he landed at London's Gatwick Airport on Jan. 23, 2013. He was confused and had no luggage or return ticket. He told immigration agents he wanted to take a train and travel further to see his estranged daughter in Slovenia.

Mr. Dvorzak, originally from Maribor, Slovenia, had no living relatives in Canada. Neither British nor Canadian officials could reach his daughter.

He ended up at Harmondsworth, a holding centre run by a for-profit agency, near Heathrow Airport. Despite concerns from some doctors, including one who called the Canadian High Commission, he died at a hospital on Feb. 10.

The inquiry heard that Harmondsworth staff chained him during hospital visits because they mistakenly thought he once had been held in a secure psychiatric hospital in Canada.

"He had never been convicted of any criminal offence and there was no evidence of any risk to the public. Some of the information included in the risk assessments was inaccurate, such as that the man had escaped from a secure hospital in Canada," the ombudsman's report said.

Farrah Jarral, a physician who examined Mr. Dvorzak on Jan. 30, filed a report, known as a Rule 35, signalling that he was unfit for detention. However, it was only on Feb. 4 that Mr. Dvorzak's case worker was notified of the Rule 35.

On Feb. 6, Mr. Dvorzak was taken to Heathrow for a flight back to Canada but the trip was cancelled because of concerns about his health. On Feb. 10, he complained of chest pains. He was taken to hospital, with one hand cuffed by a long chain to a guard.

"The escorting officers said they did not believe that the man needed to be restrained but they did not consider asking managers for permission to remove restraints because they regarded it as standard practice in such situations," the ombudsman's report said.

Canadian diplomats were aware of Mr. Dvorzak's predicament because the officials at the High Commission in London were contacted by British immigrationwhen the elderly man was stopped at Gatwick.

The Canadian mission provided immigration agents with a phone number for Mr. Dvorzak's daughter in Slovenia but they were unable to reach her.

A Canadian consular officer later told British officials that the High Commission would help them communicate with people in Canada but could not accept responsibility for the costs of flying Mr. Dvorzak back and would not be able to care for him pending his removal.

"The Canadian High Commission commented that the government of Canada could not take legal responsibility for the man (as per their mandate) but … tried to accommodate him and offered to help him arrange hotel accommodation and offered consular assistance which he refused," the ombudsman's report said. 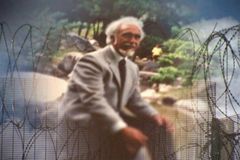 Officials were warned about man with Alzheimer’s who died in U.K. custody
March 18, 2014 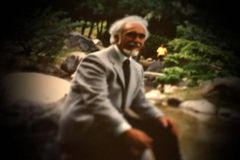 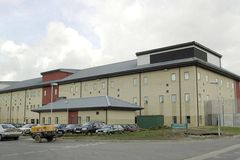